Despite what you may have heard from the once-mainstream news media, huge swathes of Native Americans eagerly seek to retain Native representation throughout American culture – including the Washington Redskins, Cleveland Indians, Florida State Seminoles, and other representation – national and local – nationwide. They have collected social-science evidence that indicates that mental-health harms, including increases in suicides, result from stripping away these emblems of Native pride and respect.

Yet their voices, and significant evidence that their opinions are shared by most of their fellow Native Americans, have been muted by the professional left’s insistence – based on one rigged survey in which the pollsters predetermined which Native Americans were “native enough to count,” and upon their own exquisite sensibilities – that this representation must be eliminated.

Tony Henson, who is a quarter Cherokee, is the president of the Native American Guardian’s Association (NAGA). The association, named after creatures of Native tradition that protected the treasures, secrets, and lore of Native peoples, has more than 200,000 backers, about half of whom are all or part Native. The remainder are allies to the cause.

He and his organization work hard to retain Native representation, including as the avatars of sports teams, educational institutions, and associations that provide proud portrayal of Natives, tribes and their existence and history.

Notably, he and the other leaders I spoke to, and their organizations, consider “Redskins” specifically to be a source of pride and wish to see it saved.

Eunice Davidson, a member of the Spirit Lake Nation and author of Aren’t We Sioux Enough?, places the blame for this partisan push to strip representation at the feet of leftwing academics.

“It has been proven that you first remove from sight, then from the lips, and removing from the mind will automatically follow,” she says. “It is basically another Indian Removal Act – this time by academia.” To achieve their goals, academics cherry-pick Natives who “hate the white man” and “us[e] them to do their dirty work.”

This tactic of using Natives selectively to achieve pre-established leftwing goals is displayed in the primary evidence cited by advocates of erasure. A series of independent polls stretching back to 1992 has demonstrated overwhelming Native support for keeping the Native-representation names. The one data point to the contrary is a study conducted by Berkeley and the University of Michigan. That study found opposition among Native Americans to keeping the names – but only if the sample pool was limited to Natives who live on reservations.

“All previous polls were conducted by respected, independent polling organizations, whereas the Berkeley/Michigan poll was conducted by biased left-wing activist academics, whom this eradication movement is dependent upon,” said Henson. “The methodology of their polling reflects the bias.”

Mark One Wolf Yancey, a member of the N’de (Chiricahua Apache of the Chihene Clan), is founder of the Native American Redskins and director of Save the Name, Inc., an organization of 45,000 members and supporters, about a third of whom are Native American, another significant portion of whom are family members of Natives, and the remainder allies. He explains that selection bias undermines the Berkeley/Michigan study and reveals the academic privilege of its authors.

“The Native American demographic is about 5 million in total. Roughly 2 million are tribal citizens, about one million of whom live on reservations. The other 3 million are Ethnic or Urban Indians. The Berkeley/Michigan poll excluded that three-fifths of the Native population, who were dismissed as lesser, or ‘not real’ Indians.”

The authors, it seems, applied the old one-drop rule of racist history, dismissing the concerns and opinions of Natives who dared to leave the reservation. This bias is particularly disturbing because it is the non-reservation Natives who most benefit from vibrant Native representation throughout the larger American society and culture in which they actually live.

Andre’ Billeaudeaux is a former Native tribal-affairs officer, a co-founder of NAGA, and author of How the Redskins Got Their Name. He is also an honored social scientist and winner of a Phil Zimbardo (one-time APA President & Stanford psychologist) applied research award. He has conducted research into name changes at the primary and secondary school level, concluding that metrics measuring the “grades, drug use, physical-fitness scores and state testing outcomes (among others) all collapsed” for students in groups whose representation was removed. “Essentially, what we saw in the findings was [that] where divisiveness and disunity” through name removal arose, it was “strongly correlated to drops in performance.”

Billeaudeaux has conducted additional research that suggests that Native suicide rates fell in years in which the Redskins won the Super Bowl, which suggests that removing the name permanently could have a significant negative effect.

Despite this deep evidence that the names must be saved for the health of the Native community, especially the majority of that community that lives, works, and plays in general American society, the divisive push to remove the representation has gained big-money backers in this year of confrontations. Tim Moran, the founder of Save the Name and father of Native American children, reserves particular scorn for the woke corporations that, without proper consideration of the available evidence, have demanded the erasure of Native representation. “Native Americans are outraged over a corporate-backed coup to eradicate the only minority NFL logo, Chief Two Guns White Calf, all while shouting ‘end racism,’” he says.

Nike, FedEx, Pepsi and the other corporate supporters of Native erasure should be called to task. Public scorn is one way to respond. But an investigation into the thoroughness of the research these companies undertook before speaking in the name of the Native community generally might reveal valuable information about whether the leaders of these corporations are appropriately fulfilling their fiduciary duties when risking so much of their corporate reputation on behalf of highly partisan social issues.

Scott Shepard is a fellow at the National Center for Public Policy Research and Deputy Director of its Free Enterprise Project. Learn more about NAGA at nagaeducation.org, and about Save the Name at facebook.com/iamaredskin. This was first published at Townhall Finance. 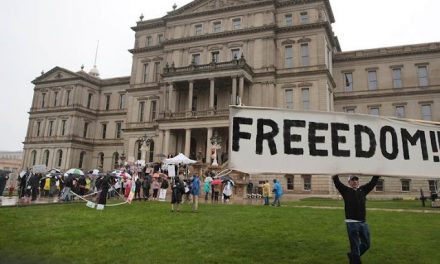 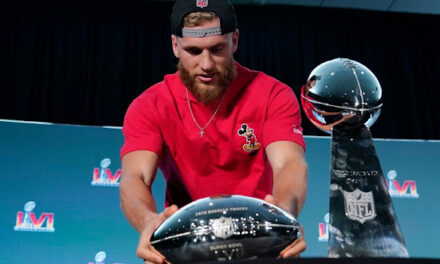 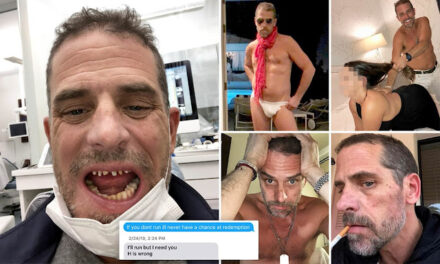