NYT Admits, at Last, That Its 1619 Project Is Wrong 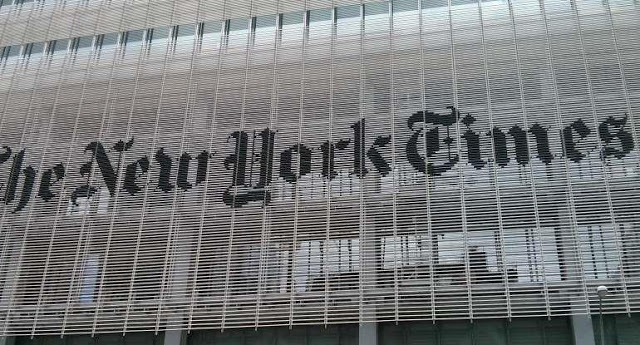 “Why?” is a fundamental question in both journalism and history. We’re constantly asking it, along with who, what, when, where, and how. We’re also constantly debating it. We know, for instance, that a given battle happened at a specific place. But why? Why were the combatants on that spot at that time, and what events or ideas led to conflict and bloodshed? In other words, why did it happen? We’re constantly debating and re-evaluating as new information comes to light and as we look at old information in new ways.

In August 2019, The New York Times launched a project it called the 1619 Project. Its aim was to locate the founding of America to that year, 1619.

Because 1619 was the year the first slave ships arrived in the New World.

The Times explicitly sought to diminish America’s actual founding in 1776 by changing the focus from 1776 to 1619.

Because in 1776, the American revolutionaries laid out their “Why?” in the Declaration of Independence as they commenced the revolution to throw off the yoke of the British monarchy. The Times explicitly set out to re-write America’s answer to its central purpose. The Times set out to make liars of  America’s founders.

The 1619 Project sought to re-write the American story. We would no longer be a nation built to protect the inalienable rights of all, as the Declaration states, but would instead become a nation forged specifically to enslave some. Who would, who could, be proud to be an American if our nation was founded specifically to protect and project the abomination of slavery? What would future Americans think, and do, if the Times’ version of history stands?

The Times launched its project, and historians criticized it immediately. Yet the Times persisted, assailing its critics as its 1619 Project was adopted and used by public schools all over the nation.

That’s a question the NYT should now be forced to address, in public, as it should retract the entire Project. The paper has made a very significant change to its core 1619 claim. But only when it was forced to do so by its own fact-checker. The Washington Examiner:

The head of the New York Times’s much-hyped 1619 Project concedes she got it wrong when she reported that “one of the primary reasons” the colonists revolted against England was to preserve the institution of slavery.

Journalist Nikole Hannah-Jones claims now that she meant to say “some of” the colonists fought to preserve slavery, not all of them.

The admission comes seven months after her faulty assertion first appeared in the New York Times’s package of essays arguing that America’s founding is defined by chattel slavery. The admission also comes after Hannah-Jones mocked and debased the many academics who directed mild and good-faith criticisms at her bogus statement.

The American Revolution, writes historian Leslie Harris (who helped fact-check the 1619 Project), not only wasn’t launched to project slavery. It disrupted slavery.

Far from being fought to preserve slavery, the Revolutionary War became a primary  disrupter of slavery in the North American Colonies. Lord Dunmore’s Proclamation, a British military strategy designed to unsettle the Southern Colonies by inviting enslaved people to flee to British lines, propelled hundreds of enslaved people off plantations and turned some Southerners to the patriot side. It also led most of the 13 Colonies to arm and employ free and enslaved black people, with the promise of freedom to those who served in their armies. While neither side fully kept its promises, thousands of enslaved people were freed as a result of these policies.

The 1619 Project deliberately distorted history to serve current political purposes. It must be removed from all school curricula immediately since its core claim is false and defamatory.

Bryan Preston is the author of Hubble’s Revelations: The Amazing Time Machine and Its Most Important Discoveries. He’s a writer, producer, author, Texan, and veteran with experience in energy, space, and military policy and historic preservation.

All Aboard the Crazy Train

Man and his young son harass deer hunter in a tearful, profanity-laced, and utterly bizarre video