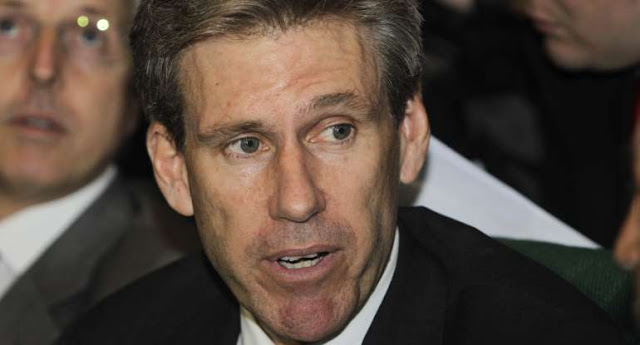 BY
(AP Photo/Ben Curtis)
On Friday, as former Ambassador Maria Yovanovitch was testifying, President Trump made a series of tweets criticizing her performance as ambassador, which got Democrats so triggered, his tweets were read soon after they were made, and the narrative presented was that the tweet was witness intimidation.
“Everywhere Marie Yovanovitch went turned bad,” Trump tweeted. “She started off in Somalia, how did that go? Then fast forward to Ukraine, where the new Ukrainian President spoke unfavorably about her in my second phone call with him. It is a U.S. President’s absolute right to appoint ambassadors.”
“They call it ‘serving at the pleasure of the President,'” Trump continued. “The U.S. now has a very strong and powerful foreign policy, much different than proceeding administrations. It is called, quite simply, America First!” Trump also noted that he’s done far more for Ukraine than his predecessor than Obama.
This triggered Adam Schiff. “What we saw today is it wasn’t enough that Ambassador Yovanovitch was smeared. It wasn’t enough she was attacked. It wasn’t enough that she was recalled for no reason, at least no good reason. But we saw today witness intimidation in real-time by the president of United States,” Schiff said. “Once again going after this dedicated and respected career public servant in an effort to not only chilled her but to chill others who may come forward. We take this kind of witness intimidation and obstruction of the inquiry very seriously,” he added.
Really? First of all,  Yovanovitch wouldn’t even had known about the tweet until after her testimony had Schiff not posted the tweets in the first place, but regardless, where’s the intimidation? I can’t see any. If Schiff was taking this seriously, he wouldn’t be lobbing absurd charges for the purpose of piling on more ridiculous charges against Trump hoping something will stick.
But what really gets me is how it’s been almost seven years since Barack Obama left one of his ambassadors to die in a terrorist attack on a U.S. consulate, and the same people who defended the Obama administration endlessly over that, are feigning outrage over Trump’s tweet expressing his opinion. Democrats have been crying “impeach!” over everything for years, and now every time Trump expresses an opinion, we’re hearing “intimidation.”
The same party that defended the Obama administration’s failure to protect our consulate in Libya from an attack that claimed four American lives, including that of a U.S. ambassador, are now trying to tell us that we should be outraged over a harmless tweet—a tweet that, regardless of what one thinks of the content, was written after Yovanovitch started testifying, and as far as Trump knew, she wouldn’t have even had an opportunity to see until well after her testimony concluded? A tweet that she’d have been oblivious to had Schiff not brought it up.
As White House spokeswoman Stephanie Grisham said in a statement, the tweets were “simply the President’s opinion, which he is entitled to.”
_____
Matt Margolis is the author of Trumping Obama: How President Trump Saved Us From Barack Obama’s Legacy and the bestselling book The Worst President in History: The Legacy of Barack Obama. You can follow Matt on Twitter @MattMargolis
https://pjmedia.com/trending/obama-left-an-ambassador-to-die-but-were-supposed-to-be-outraged-over-a-trump-tweet/