“Nancy Pelosi’s district in California has rapidly become one of the worst anywhere in the U.S. when it comes to the homeless and crime. It has gotten so bad, so fast.” – Donald Trump

In the 1960s, America’s boomers rebelled against authority and the Vietnam War. They pursued sexual liberation, experimental drugs, communal living and civil rights. This counterculture lived by the motto “sex, drugs, rock and roll.” In 1967, thousands of hippies and flower children made their way to Haight-Ashbury in San Francisco for what was billed as the “Summer of Love” – and many never left. Haight-Ashbury soon eroded into an enclave for drop outs, addicts and the homeless.

In the late 1970s, the area was targeted for gentrification and investors began cleaning it up. By 1990, Haight-Ashbury was among San Francisco’s most affluent and expensive neighborhoods.

But today it is home to tent cities with trash-ridden streets, ravaged with violent crime, and it is a Mecca for drug users and sellers. Conditions are worse than slums in most every other U.S. city.

How can the most expensive place to live in America, also be one of the worst places to live in the U.S.A.? While San Francisco has been the most progressive city in America for years, this liberal utopia has not always been a harbor for addicts, the homeless, criminals and social derelicts.

“It’s an odd thing, but anyone who disappears is said to be seen in San Francisco.” – Oscar Wilde

In the 1960s, liberal strategist Phillip Burton saw the potential of growing the Democratic Party by pandering to the hippies, minorities and gays. With their support, he was elected to the U.S. House in 1964, where he served until his death in 1983. His wife Sala Burton held this seat until 1987. In a special election, Nancy Pelosi seized this coveted progressive prize in 1987 and won’t give it up.

In 2016, voters approved Prop 64, giving municipalities the power to ban or sell weed. But many cities and counties did not react. A 2011 federal court had ruled that local governments trying to regulate the sale of weed would violate federal law. But it was welcomed by all San Franciscans.

By 2019, the deregulation of crime, release of thousands of inmates, legalization of cannabis, and declaring California a sanctuary state enabled new Gov Gavin Newsom, the former mayor of San Francisco, to clone the entire state of California into a progressive twin sister of San Francisco.

San Francisco has declared the NRA a “domestic terrorist organization,” banned fast-food joints that include toys in children’s meals, outlawed plastic bags and straws, raised the minimum wage from $9.79 to $15.59 an hour and refuses to prosecute anyone for nonviolent crimes. While these policies appeal to the far left, they also encourage the homeless and derelicts to venture up north.

“As mayor of San Francisco, I witnessed its greatest cultural and social transition.” – Gavin Newsom

Progressives insist the stark contrast in wealth and poverty is the result of the failure of capitalism to provide for the needy. But while politicians preach “compassion,” their policies have resulted in record-high levels of homelessness, drug addiction, and a rapid increase in violent felonious crime.

According to the San Francisco Chronicle, the city’s policies have created an “influx of about 450 homeless people a year who migrate to places like the Tenderloin District. This is a sanctuary for people hiding out from the law who do not want the government to know where they are living.

In reaction to the George Floyd and Black Lives Matter protests and riots, along with outrage by activists against police, San Francisco elected progressive Chesa Boudin as district attorney of San Francisco in 2020. He was endorsed by Angela Davis, Bernie Sanders and Ibram X. Kendi.

Boudin, the adopted son of radicals Bill Ayers and Bernardine Dohrn, quickly reduced the use of cash bail and restrained the power of police. He quit prosecuting misdemeanors. He then did the unthinkable and started charging police officers with felonies who used force during arrests.

“I will move away from the draconian, tough-on-crime, three-strike super-rhetoric hype.” – Chesa Boudin

According to Stop Crime, the Bay City is experiencing a dramatic increase in serious crime under Boudin. Burglaries are up 42% and homicides have increased 30% compared to the previous year.

Motor vehicle thefts have risen by 71% and arsons have jumped over 35% since he became DA.

Recently, a local ABC News reporter witnessed a shoplifter sweeping entire shelves of products into garbage bags inside a Walgreens. He mounted a bike, and rode past a security guard out the door. Other retail stores are reporting the same problems in every neighborhood in San Francisco.

“This rise in crime is a result of Chesa Boudin’s soft-crime policies.” – Frank Noto, Victim’s Rights

It’s been said that, “The road to hell is paved with good intentions.” All good intentions of Prop 47 and Prop 57 have been undone by Chesa Boudin’s leftist extremism, pandering to criminals and punishing the police for doing their job. What’s happening in San Francisco is proof how quickly perjured progressive idealism can turn an economically prosperous city into a living hell on earth.

It is hard to fathom, when Nancy Pelosi returns to her district and sees the homeless tents, violent crime, and drug addicts, she can turn a blind eye to this social and economic carnage. And it’s the epitome of all insults that she is trying to clone America into San Francisco!

“Public sentiment is very clear; we need to reign in the abuse of power by police to obtain social justice.” – Nancy Pelosi

In 1963, Tony Bennett won a Grammy Award for his song, “I Left My Heart in San Francisco.” He crooned; “I’ve been terribly alone and forgotten in Manhattan. I’m going home to my City by the Bay.” Progressives destroyed Tony Bennett’s storybook San Francisco one bad law at a time. He is now retired in Queens, NY. At 95, he’d never recognize the city that he once immortalized.

“No one can really understand the political left without understanding that they are about making themselves feel superior, however much they talk piously about helping others.” – Thomas Sowell 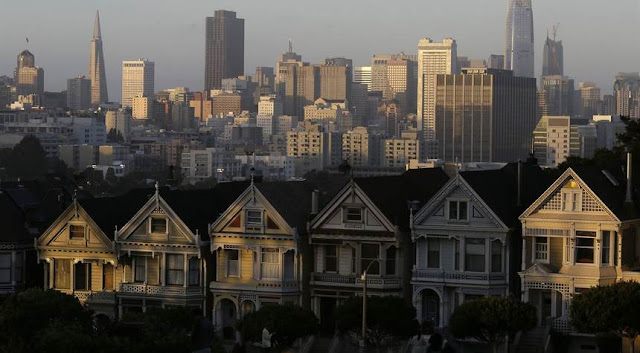 San Francisco was once a world-class city but has over many decades become a bastion of crime and a literal toilet. Conservatives have pointed out how San Francisco’s notoriously left-wing culture has destroyed the city, and now the Associated Press has finally caught on.

“Caitlin Foster fell in love with San Francisco’s people and beauty and moved to the city a dozen years ago,” the AP reported on Saturday. “But after repeatedly clearing away used needles, other drug paraphernalia and human feces outside the bar she manages, and too many encounters with armed people in crisis, her affection for the city has soured.”

The woke city also no longer prosecutes shoplifting, which, of course, resulted in a shoplifting epidemic. According to the AP, San Franciscans not only “take pride in their liberal political bent,” but they also “accept that trashy streets, tent encampments and petty crime are the price to pay to live in an urban wonderland.”

But even liberals have their breaking point when it comes to getting what they vote for. Residents are starting to wake up to the fact their city is in decline and are reportedly “losing patience.”

The pandemic emptied parts of San Francisco and highlighted some of its drawbacks: human and dog feces smeared across sidewalks, home and vehicle break-ins, overflowing trash cans, and a laissez-faire approach by officials to brazen drug dealing. Parents despaired as public schools stayed closed for most of last year as nearby districts welcomed children back to the classroom.

Meanwhile, residents and visitors scurry past scenes of lawlessness and squalor. Just steps from the Opera House and Symphony Hall, drug dealers carry translucent bags filled with crystal-like rocks or stand outside the public library’s main branch, flashing wads of cash while peddling heroin and methamphetamine.

It’s a tragic thing to read the tales of residents who are disgusted by their city’s crime, drug use, and dirtiness.

The drug problem in San Francisco is so bad that last year 712 people died of drug overdoses, compared to 257 people who died of COVID-19.

One resident laments, realizing too late that Democratic activists have hijacked the city, “If I say I want laws enforced, I’m racist. I’m like, ‘No, I’m not racist. There’s a reason I live in San Francisco.’”

The bigger question is, have the residents who have fled San Francisco learned from their experience watching their beloved liberal utopia deteriorate before their eyes, or will they continue to support Democrats who support the same policies that destroyed the city they loved? 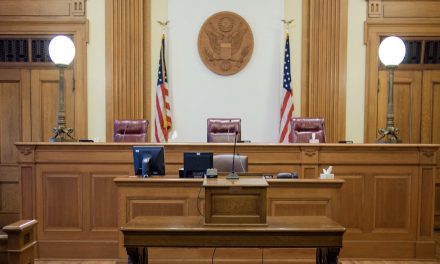 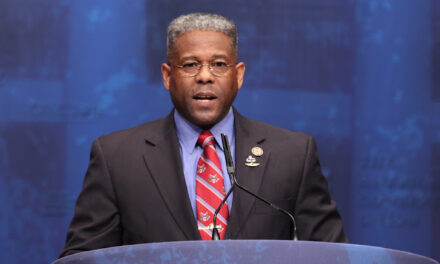