President Trump Locks Down a Trade Deal With China: Phase One 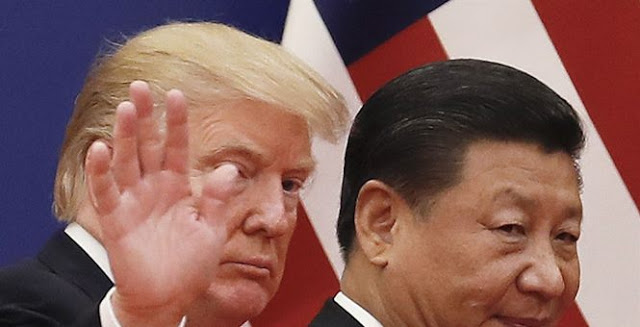 By
Source: (AP Photo/Andy Wong, File)
President Trump has locked down a phase one trade deal with China. He made the official announcement Friday morning.
“We have agreed to a very large Phase One Deal with China. They have agreed to many structural changes and massive purchases of Agricultural Product, Energy, and Manufactured Goods, plus much more.
The 25% Tariffs will remain as is, with 7 1/2% put on much of the remainder. The Penalty Tariffs set for December 15th will not be charged because of the fact that we made the deal. We will begin negotiations on the Phase Two Deal immediately, rather than waiting until after the 2020 Election. This is an amazing deal for all. Thank you!” President Trump said.
—-

NEW: The U.S. and China have agreed on a trade deal that requires structural reforms to China’s economic and trade regime in the areas of intellectual property, technology transfer, agriculture, financial services, and currency and foreign exchange. The deal also includes a commitment by China to future purchases of U.S. goods and services, plus—very important—a strong dispute resolution system that ensures prompt and effective implementation and enforcement.
—
In statements about the announcement, Trump administration officials are stressing the enforceable aspect of the deal given China’s history of lying and cheating.
—-

“Today’s announcement of a Phase One agreement with China is another significant step forward in advancing President Trump’s economic agenda. Thanks to the President’s leadership, this landmark agreement marks critical progress toward a more balanced trade relationship and a more level playing field for American workers and companies,” Treasury Secretary Steve Mnuchin said.
“President Trump has focused on concluding a Phase One agreement that achieves meaningful, fully-enforceable structural changes and begins rebalancing the U.S.-China trade relationship. This unprecedented agreement accomplishes those very significant goals and would not have been possible without the President’s strong leadership,” U.S. Trade Representative Bob Lighthizer added.
—–
The announcement is being welcomed by Wall Street and lawmakers on Capitol Hill.
“As Iowa’s fourth largest trading partner, China is a critically important market for our farmers and manufacturers. I’m glad to see there will be no new tariffs going into effect this week. China has been a bad actor for years, and this president has consistently stood up to their harmful trade tactics and worked to get a good deal in place, one that will especially benefit Iowa agriculture. I’m grateful to President Trump and his administration for their commitment to securing a phase one deal. It’s time for China to follow through,” Iowa Republican Senator Joni Ernst released in a statement.
https://townhall.com/tipsheet/katiepavlich/2019/12/13/president-trump-locks-down-a-trade-deal-with-china-phase-one-n2557968