Just hours after Donald Trump’s Mar-a-Lago estate in Florida was raided by the FBI, the former president posted his eerie new ad on his social media platform late Monday night warning America is in decline and “a failing nation.”

Despite the unprecedented tyranny that’s taken hold of the U.S. over the past two years, the legitimate president assures, “The best is yet to come.”

A harrowing clap of thunder is heard as Trump mournfully details the litany of dangers Americans face as tyranny takes hold in the somber ad, which opens in black and white.

“We are a nation in decline. We are a failing nation,” Trump cautions:

“We are a nation that surrendered in Afghanistan, leaving behind dead soldiers, American citizens and $85 billion worth of the finest military equipment in the world. We are a nation that allowed Russia to devastate a country, Ukraine, killing hundreds of thousands of people and it will only get worse.

“We are a nation that has weaponized its law enforcement against the opposing political party, like never before — we’ve never seen anything like this.

“We are a nation that no longer has a free and fair press. Fake news is about all you get.

“We are a nation where free speech is no longer allowed; where crime is rampant like never before; where the economy has been collapsing; where more people died of COVID in 2021 than in 2020.

“We are a nation that is allowing Iran to build a massive nuclear weapon and China to use the trillions and trillions of dollars that’s taken from the United States to build a military to rival our own, that over the past two years is no longer respected or listened to all around the world. And we are a nation that is hostile to liberty and freedom and faith. We are a nation whose economy is floundering, whose stores are not stocked, whose deliveries are not coming and whose education system is ranked at the bottom of every list.

“We are a nation that in many ways has become a joke.

“The adversity may seem insurmountable, but soon we will have greatness again,” Trump continues, as color is restored in the video.

Hours before the ad was published, Lara Trump argued the FBI’s raid of the former president’s home is an attempt to derail his 2024 bid for the presidency which “he’s going to announce any day.”

“This is about weaponizing the justice system, as it has been so many times in the past against somebody who you politically do not like,” she admonished in an appearance on the Fox News Channel. “They detest Donald Trump, not just on the Democrat side, but the general establishment, because he’s not one of them, because he doesn’t play their game. They are terrified. He’s going to announce any day that he’s running for president in 2024. And this is a very convenient way to just throw a little more mud on Donald Trump as though they haven’t already done enough.

“Think about this. If this is what they’re able to do to the former president of the United States, think about what they could do to you, to anybody in America. The bottom line here is that these documents that have been in question have been, everybody’s been cooperating,” she continued. “Everybody from my father-in-law’s team has been cooperating with the FBI with any authority that asks for anything up until now and there was no need to make such a big scene, to do something this insane, quite frankly, to a former president. But I think everybody clearly knows, Will, what is going on here. This is about weaponizing the justice system, as it has been so many times in the past against somebody who you politically do not like.”

“The support for the former president, who remains the most popular and influential politician in the Republican Party and continues to play a kingmaker’s role in GOP primaries, is up from his 59% showing in the anonymous online straw poll at the CPAC gathering in Orlando, Florida in February,” Fox News reports. “Florida Gov. Ron DeSantis came in second on the 2024 presidential nomination question, at 24%, down from his 28% showing at CPAC in Orlando five months ago.” 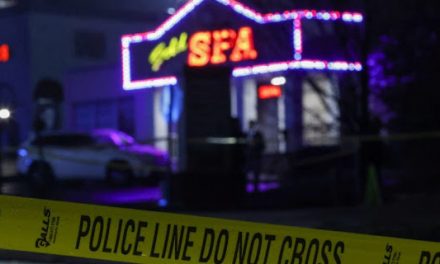 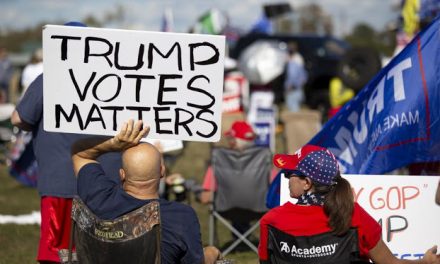