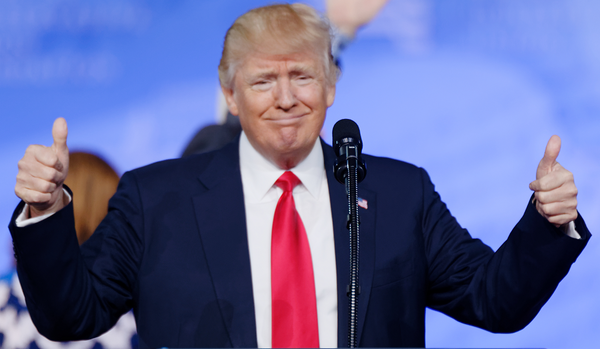 President Trump is boldly providing much-needed relief to the American people. He is untying us from the bonds of political correctness that have, in un-American fashion, forced Americns to accept liberal myths and farces.  He is telling it like it is, showing Americans that their freedom of speech cannot be muzzled by liberal censors or taken away by the left-wing speech and thought police.
It’s about time someone, as the President did, stopped all this baloney and labeled Al Sharpton the con-man he has been for decades.
In the name of being a “civil rights leader”, Sharpton has gotten away with not paying millions of dollars in owed taxes.
He fomented rioting against Brooklyn’s religious Jews.
He led — with self-proclaimed racist Sonny Carson — a boycott of a Korean grocery store, where protesters called the owners “yellow monkeys.”
He held anti-Semitic, racially-charged rallies that led to the Freddy’s Department Store massacre.
He knowingly and purposely destroyed the lives of two white police officers in the Tawana Brawley hoax.

Sharpton has been shoved down our throats as “reverend” while threatening “no justice, no peace.”

Finally, someone has demonstrated a compelling inner sense of truth to portray Sharpton as what he is: a creator of hoaxes and shakedowns, and a serial inciter of violence and racial strife for his own power and self-enrichment.

President Trump is broadening the scope of the Presidency by taking on issues no previous leader was willing to do.
First he alerted us to a media no longer impartial but zealously preoccupied by manufacturing fake news in behalf of a radical left-wing agenda.
He then exposed us to the dangerous reality of a vast government bureaucracy, akin to a shadow government, operating in behalf of its own interests and concerns and not those of the American people.

The Deep State, confidently and without checks and balances, ignores representatives elected by the American people while pursuing a globalist and self-serving agenda.

And now he has pinpointed what we have all seen, namely:  decades of liberal-run major cities, whose liberal policies, corruption, and mismanagement have degraded these urban centers and harmed their inhabitants.
The liberal “icons” that have controlled these areas for decades have allowed them, through their enforced and sanctimonious liberalism, to degenerate from once great cities to districts akin to hellholes.
No, it is not about the race of the leaders, but their liberal policies.
Untouchable liberal icons such as Elijah Cummings are to blame. Witness what Bill DeBlasio is doing to New York.
They grandstand about the U.S. southern border while remaining indifferent to what is happening within their own district — unless as an excuse to demand that more funds be channeled their way.

Similarly, instead of Ocasio-Cortez complaining about the southern border, she should, as I long ago suggested, pay attention to the misery and squalor in large areas of her own Bronx and Queens district.

No person is above criticism, not Sharpton, not Cummings, not Omar, and not Tlaib or Ocasio-Cortez.
Those of the aforementioned who dish it out, as they do daily when calling their opponents racists and white supremacists, should be able to take it.
To claim that by virtue of calling oneself a “minority” one is above legitimate criticism is to ascribe a certain supremacy and specialness to oneself, which is itself racism.
Minority status is being exploited to deny others their legitimate freedom of speech and stifle necessary political debate.

This leads to corruption. We all need to be challenged and to be answerable.

Barack Obama used his Presidency to criticize and malign America, label America a racist society, weaken us around the world, diminish the importance of Christian religious freedom, and extol thugs like Al Sharpton and traitors like Bo Bergdahl.
In contrast, President Trump, proud of being an American, is standing up for the dignity of America.
He, like so many others, is saying:  It’s time to stop the baloney and farce of lionizing self-serving agitators simply because they call themselves civil rights leaders.
He will not be cowed by phony cries of “racism” into accepting the unacceptable and bowing to the liberal icons and imposters.
And neither should we.
It is not in our American makeup to quiver and shake in our boots because someone will call us a name.

Thank you, Mr. President, for freeing us from this liberal tyranny and for showing us the way of courage.

Rabbi Spero is spokesman for Conference of Jewish Affairs and author of Push Back: Reclaiming our American Judeo-Christian Spirit.

@IlhanMN and her lover Tim Mynett were part of the violent Antifa mobs outside @realDonaldTrump’s. 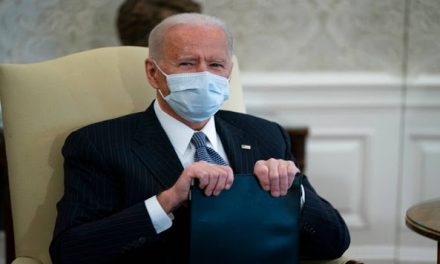