Hiram Revels (1822-1901) served as Mississippi’s Republican U.S. Senator from 1870-71. He was born free, educated in Indiana and Illinois, and became a minister in the Methodist Episcopal Church. – Shutterstock

“There comes a time when one must take a position that is neither safe, nor politic, nor popular, but he must take it because conscience tells him it is right.” – Dr. Martin Luther King Jr. (1929-1968)

Black History Month shouldn’t be treated as a separate American history. It is sharing experiences of all African Americans, famous or obscure, and how they helped strengthen and shape America. It’s about revisiting the past so we better understand society today. It is a healthy look at those who contributed to the socio-political health of America and what helped make us a great nation today.

One hundred and fifty years ago this month, a visitor-packed Senate gallery burst into applause as Senator Hiram Revels, a Republican from Mississippi, approached the Chamber to take his oath of office. Hiram Revels was about to become the first African American to serve in the U.S. Congress.

Just weeks before this historic event, the Fifteenth Amendment had been ratified. It prohibited the states from denying anyone the right to vote, regardless of race or color. Republican Abolitionist Wendell Phillips proudly labeled Hiram Revels as “the flesh and blood of the 15th Amendment.”

In 1870, as Mississippi sought readmission, the Republican Party firmly controlled both houses of Congress and dominated Southern state legislatures. The first essential order of business for the Mississippi state legislature in January 1870 was to fill the vacancies in the United States Senate.

Black legislators, representing one-quarter of the legislature, petitioned fellow Republicans to elect a Black man for Senator. Hiram Revels, who vowed to unify the nation, was chosen U.S. Senator.

“The legislature felt this would deliver a blow to weaken the color line of prejudice.” – Hiram Revels

When Common Core was adopted by the Obama administration in 2010, text books were rewritten to “standardize education.” But their real goal was to “rewrite history.” And in doing so many of our most salient historical events were subordinated in the name of liberal “political correctness.” Many history-changing accomplishments of Republican Black Americans have been entombed forever.

Common Core marks modern Black political history when Blacks joined Democrats in support of the New Deal. But it began 80 years earlier following the Civil War. Reconstruction ushered in a Black political wave that swept the South. Vowing to make a difference in America, 23 influential Black leaders were elected to the U.S. Congress. They were all members of the Republican Party. 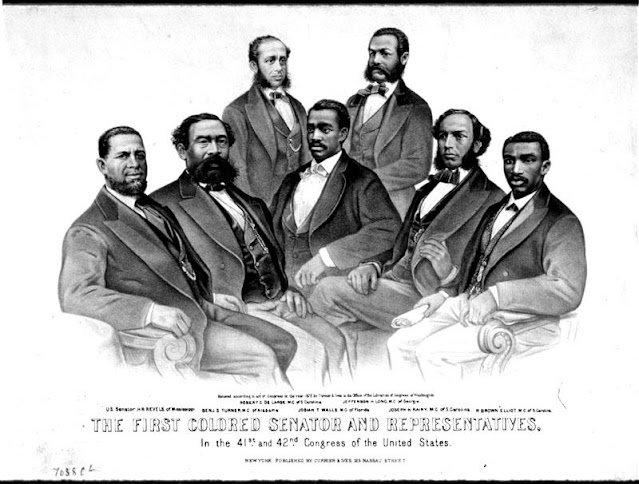 In 1866, the Republican Congress passed the Civil Rights Act and the Reconstruction Acts, which dissolved Confederate state governments. And the 13th and 14th Amendments granted freedom and citizenship to former slaves. Former Confederate states had to ratify their constitutions to give equal rights to Black Americans or forfeit being represented in the U.S. Congress.

“We have now guaranteed the absolute rights of every U.S. citizen in America.” – Sen. Lyman Trumbull (R-IL)

In several states, most notably, Mississippi and South Carolina, Black Americans were the majority of the population. They immediately joined the Republican Party, which controlled state legislatures. In 1870, Joseph Rainey of South Carolina became the first Black member of Congress elected to the U. S. House. In the next four decades, Southern Black Republicans followed him to Congress from Alabama, Florida, Georgia, Louisiana, Mississippi, North Carolina, Texas and Virginia.

In 1875, Blanche Bruce (R-MS) was the 2nd Black Republican to serve in the U.S. Senate. In 1966, Edward Brooke (R-MA) was the third Black American elected to the U.S. Senate. He authored the Fair Housing Act of 1968, and he was awarded the acclaimed Spingarn Medal from the NAACP.

“I can’t serve just the Negro cause. I’ve got to serve all of the people in my state.” – Edward Brooke

Common Core methodology created a new era of “Modern American History” to marginalize the achievements of Black Republican politicians between Reconstruction and the end of World War II. It also helped camouflage the Jim Crow era when Southern Democratic Segregationists disenfranchised many Black Americans from Reconstruction until the passage of the 3rd Civil Rights Act in 1964.

Contrary to progressive myth, it was not until 1935, when Chicago Mayor Edward Kelly convinced Arthur W. Mitchell to switch parties and run for Congress, that the first Black Democrat was elected to the U.S. House. Black Democrat William Dawson (D-IL) was elected eight years later in 1943.

“It was only because of Roosevelt’s New Deal I switched parties, nothing else.” – Arthur W. Mitchell

Progressives have successfully buried Fredrick Douglas’ strong dedication to the Republican Party. The former slave became one of the nation’s most prolific authors and orators. Douglas was also a patriot. A close friend of Abraham Lincoln, he urged Black Americas to fight during the Civil War.

Republican Douglas pushed to upend the status quo with suffrage for all Americans, regardless of sex or color. At the time, the party of Lincoln received enormous support from Black voters for their work to improve the socioeconomic status of Black Americans before and after the Civil War.

“I am Black and a dyed-in-the-wool Republican, and I will never join another party.” – Fredrick Douglas

Since the Depression, the left has patronized Blacks for political gain. When President Joe Biden announced he’d only consider Black women for the U.S. Supreme Court, he negated the achievements of all Black jurists. Nominating anyone at the expense of their dignity, gender or race is disgraceful politics.

“I have a dream that my four little children will one day live in a nation where they will not be judged by the color of their skin, but by the content of their character.” – Martin Luther King Jr

Biden is setting the stage for progressive wokes to call the GOP bigots and racists in the national media. Progressives will portray any question for the nominee about her judicial philosophy or her professional record as racist and sexist. It will be worse than the way Democrats treated Clarence Thomas. As a Black conservative Catholic, Thomas knew Democrats would not discredit his color or religion so they attacked his character. And Biden was his biggest and most aggressive critic.

Vladimir Lenin told us, “A lie told often enough becomes the truth.” For years, the liberal media and the progressive left have marginalized the accomplishments of Republican Black Americans. Many are not even a footnote in a Common Core textbook. To them, race and gender dictate politics. Our immutable characteristics do affect us in many ways, but race and gender are not the sum total.

It was Carter Woodson’s dream to have a month dedicated to remembering the history of famous Black Americans. Yet progressives only choose to honor those who fit into the “liberal” parameters they’ve put them in. The left, the media and Common Core are doing an injustice not honoring the trail-blazing Black Republicans who made great contributions to American history.

“Nothing in the world is more dangerous than sincere ignorance and conscientious stupidity.” – Martin Luther King 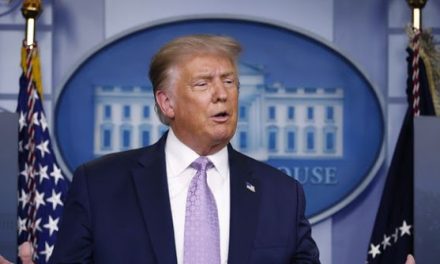 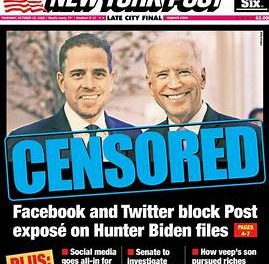