A popular tourist rock formation in Puerto Rico has collapsed after a strong earthquake shook the island, damaging homes and causing power cuts. The stone arch, known as Punta Ventana, was destroyed on Monday, when the earthquake hit. The 5.8-magnitude quake struck at a depth of 6km (3.7 miles), off the Caribbean island’s southern coast. No tsunami alerts were issued and no casualties have been reported. There were, however, reports of severe damage to buildings, landslides and widespread power cuts after the earthquake, which struck at 06:32 local time (10:32 GMT). Pictures of the aftermath, showing homes upended from their… 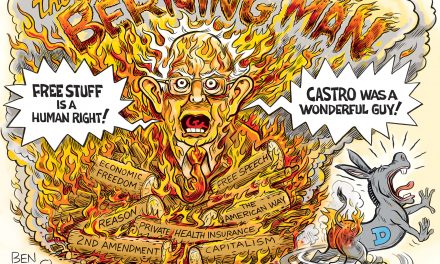 This Is Why You Love Donald Trump (Rush)