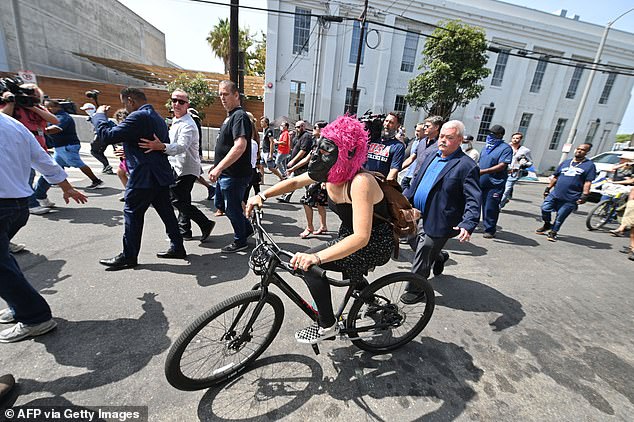 By MATT MCNULTY FOR DAILYMAIL.COM

A woman wearing a gorilla mask follows conservative talk show host and gubernatorial recall candidate Larry Elder as he walks along streets lined with tents of unhoused people, in Venice

California governor hopeful Larry Elder had an egg thrown at him by a woman in a gorilla mask as he toured a homeless encampment on Venice Beach.

The unidentified woman – whose choice of headwear has been branded racist by some commentators online – was also filmed punching a man who told her to calm down.

Wednesday’s incident, which was captured on video by Spectrum News reporter Kate Cagle and posted to Twitter, shows the leading GOP candidate in the gubernatorial recall race as he arrives in his new ‘Recall Express’ campaign bus after casting his ballot earlier in the morning.

The conservative talk show host-turned-politician made it only 12 minutes at the encampment on 3rd Avenue before being chased by angry homeless people and the woman in the gorilla mask, who was traveling on a smart black bike.

‘Get the hell out of here!’ the group yelled as an unidentified, gorilla mask-wearing woman throws the egg in Elder’s direction from a bicycle.

‘It kind of glanced his head,’ an Elder campaign staffer told the Los Angeles Times of the egg.

Elder quickly got into a waiting Chevrolet Suburban and exited the tense scene.

He later tweeted about the incident, writing: ‘Today I kicked off the Recall Express bus tour. Before we even left Los Angeles, my security detail was physically assaulted, shot with a pellet gun, and hit with projectiles. The intolerant left will not stop us. We will recall Gavin Newsom. We will save California.’ 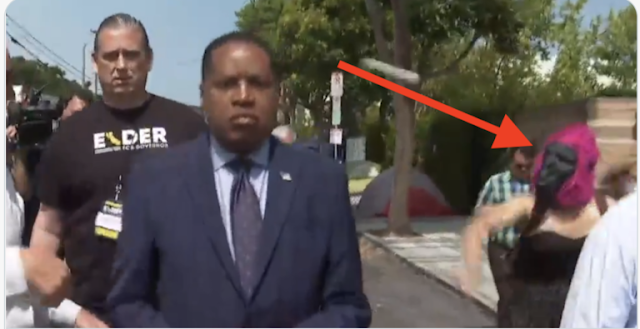 CLICK HERE TO SEE THE VIDEO OF THE RACIST WHITE LIBERAL

CLICK HERE TO READ THE REST OF THIS ARTICLE 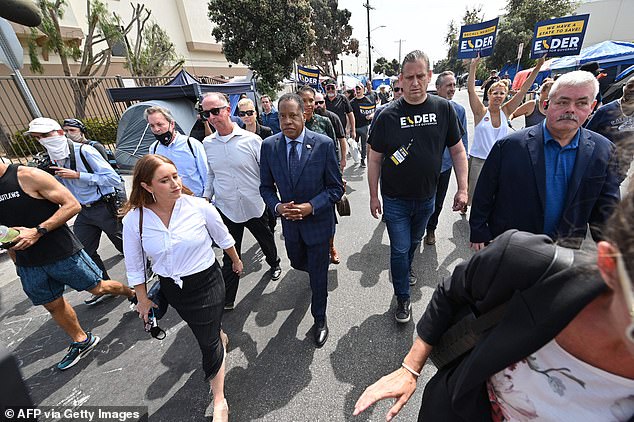 California once was run by conservatives and mostly centrist Democrats.

True paleo-liberal governors like Pat Brown greatly expanded the welfare state. But they also believed in pushing integration and building freeways, dams, aqueducts and power plants, while preventing forest fires, directing the mentally ill into state hospitals, and ensuring that the state enhanced the housing, timber, oil and gas, nuclear and agricultural industries.

So, why would anyone deliberately destroy that heritage?

Why allow California to have the highest aggregate basket of income, sales, property and capital gains taxes in the nation, the highest gas and power prices in the continental United States, and nearly the worst schools and infrastructure? California also has the country’s largest populations of homeless, welfare recipients and undocumented immigrants

Remember that the left wing of the Democratic Party became hyper-wealthy through globalization and the tech revolution. Coastal universities such as Caltech, Stanford, UC Berkeley, USC, and UCLA became global nexuses of millions who flocked to California to learn business, engineering, science, math and the professions.

University endowments were no longer measured in the hundreds of millions of dollars but in the billions.

Hollywood and professional sports now had a lucrative worldwide audience of billions.

The market capitalization of Silicon Valley was to be measured in the trillions of dollars, as the world bought iPhones, iPads and MacBooks to do Google searches, tweet and use Facebook. The result was the greatest concentration of wealth in such a small space in the history of civilization.

Within 40 years, California had created a new plutocracy of Eloi, whose wealth exempted them from all worries about the mundane problems of the distant and despised Morlock others.

The wealthier the long thin line from San Diego to Berkeley grew, the more the overseers felt they were nearing Utopia, at least in their own lives.

The new Democratic Party liked to redistribute money for the poor and so obeyed the orders from the rich. But they ignored old-fashioned infrastructure that once had allowed the middle class to drive quickly and safely, ensured them water during droughts, curbed their forest fires, and allowed their children to leave school competitively educated.

When those problems exploded, they reacted by citing climate change or some other bogeyman as the culprit rather than government dereliction. They preferred utopian high-speed rail solutions to pragmatic problem solving. And they ensured that none of their crackpot ideas ever affected themselves.

Why worry about affordable housing and electricity for the masses when all the right people had the means to live in the right ZIP codes without much worry about turning on the air conditioning or heat, since there were rarely any scorching days or frigid nights in coastal paradise?

Why worry about immigration when labor became even cheaper?

Why worry that California public schools had sunk near the bottom of state ranks, when there were more prestigious prep schools than ever on the coast?

And why worry about producing lumber for houses, irrigated crops for food, or oil for gasoline, when the right Californians would always have the money to import their hardwood floors, arugula and fuel from grubby others far away who would make or grow what was needed?

Yet ideas eventually have consequences. Soon, even the left-wing paradise on the coast would be infected by the anarchy the rich had created for less important people elsewhere.

The homeless did not just camp on the streets of Fresno, but in Venice Beach and on Market Street in San Francisco.

Fires began to smoke out not just the brush of the inland foothills, but near-saintly Lake Tahoe, home to the right skiers and the chosen shore owners.

Thieves even smashed the windows of Bay Area BMWs and Volvos.

The current California recall election is a choice between Gavin Newsom, who embodies the woke, old-boy privilege of the Bay Area, and an alternative direction. Newsom is the epitome of the virtue-signaling elite who patronize the poor and drive out the despised middle class.

Gubernatorial candidate Larry Elder did not give us the current California. Indeed, he spent most of his life warning us where Jerry Brown, Gavin Newsom and the rarified society of the coastal corridor was taking the state.

A careening California is heading for a colossal train wreck. Voters will have to pick between the incompetent engineer snoring at the wheel or the private passenger who rushes into cab to get the engine back on track. 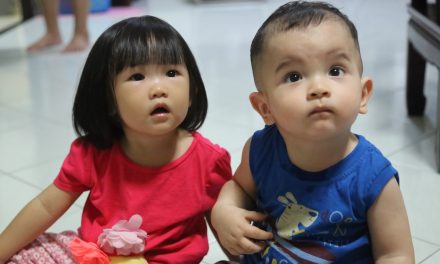 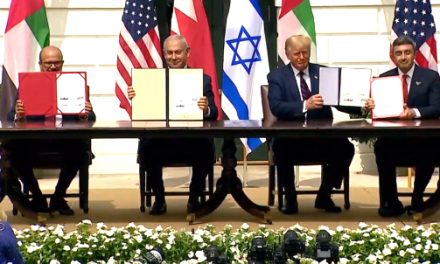 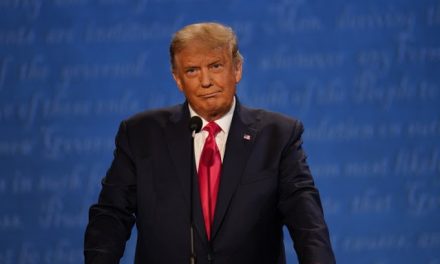 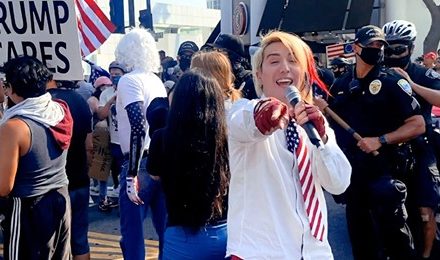