“Few people understand the magnitude of the catastrophe that happened late in the 1980s when the Communist Party had failed to modernize the Soviet Union.” – Vladimir Putin, May 2020

For us Boomers who grew up during the ambivalence of the Cold War, our lives were shaped and fashioned by anxiety, fear and anger for the USSR. When the deafening sounds testing the air raid sirens disrupted class each month, Mother Jude would sternly order us to snatch our rosaries and get under our desks and pray. 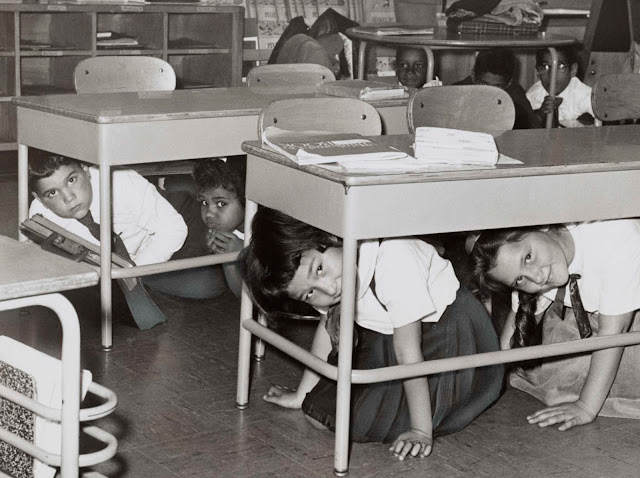 She warned us, “Only prayer can save you during a nuclear attack.”

Life during the Cold War for those behind the Eastern Bloc was a living hell. Life for us in the free world was waiting for all hell to break lose at any time. We learned communism was more than a remorseless dictatorship; it was a godless religion. The Cold War taught us that its dogma inspired hope and delivered despair. And above all, we were taught that you cannot ever trust a communist.

Despite their WWII alliance, tensions between Russia, the United States and Great Britain rapidly escalated by the end of the conflict. As post-war talks took place, and the Allies discussed how to rebuild Europe, it was obvious the USSR wanted to obtain total control of the Eastern Bloc. When the Allies surrendered half of Berlin to the Soviets, this decision marked the start of the Cold War.

Historians claim WWII, a war that might have been prevented, empowered the USSR to consume Eastern Europe. When Neville Chamberlain allowed Adolf Hitler to annex parts of Czechoslovakia at the 1938 Munich Agreement, or “the Munich Betrayal”, he saw this as a weakness and marched troops across Europe. 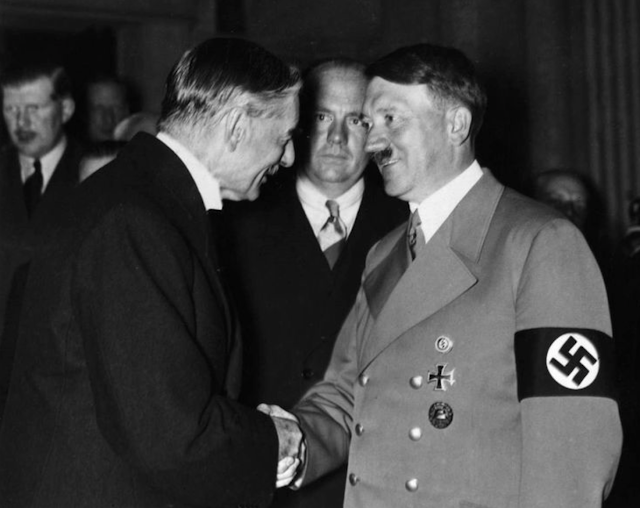 “We thought we had delivered peace but we got war.” – Neville Chamberlain

After WWII, the North Atlantic Treaty Organization (NATO) was formed to maintain the security of member states. NATO currently has 30 members, including many former Soviet satellites. But as NATO’s numbers grew, Vladimir Putin considered this a threat to Russia, which will not join NATO. 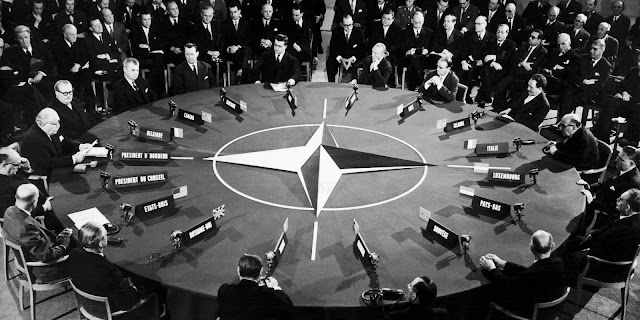 For years Russia has scorned NATO as an alliance against them. Yet NATO has invited Russia to join if they will follow the terms of the Treaty. Article 10 of NATO’s treaty states “any European State in a position to further the principles of this Treaty and contribute to the security of the North Atlantic can be a member.” And that is the enigma. Russia is a war monger; never a peace maker.

NATO requires that members have democratic control over their armed forces. This fundamental principle allows for military integration among members. This includes independent investigations into their military, their weapons and a leader’s ability to send troops to fight in foreign operations.

Putin, however, has folded all three branches of power into one executive branch under his control. By definition, any autocratic power rejects international accountability for its military. Putin’s vertical power structure conceals the scope of his military, its weapons, and its strengths. It would be antithetical to Russia’s quest for power and control to join any collective peace-keeping venture.

Another reason why Russia fiercely resists joining NATO is that it is hypersensitive about sharing its military secrets with anyone concerning its nuclear forces, especially with European neighbors.

“Russia has returned to the world arena as a strong state that stands up for itself.” – Vladimir Putin

Russia needs NATO as an enemy; not as a partner. As long as NATO is viewed as their enemy, Russia has no restraints on what they choose to do to regional democracies. Russia’s NATO envoy Dmitry Rogozin said, “NATO will never stop developing military strategies aimed against Russia.”

NATO opponents within the government-controlled media stand against any cooperation with the alliance, which they view as a tool for U.S. imperialist aggression and military expansion. Russian talk show host Maxim Shevchenko said that NATO “is an iron leviathan formed to intimidate them.”

Russia shares a 4,000-km border with China. If Russia joined NATO, China, which holds the same conspiracy mentality as Russia, would think that Russia jointed NATO to weaken China. 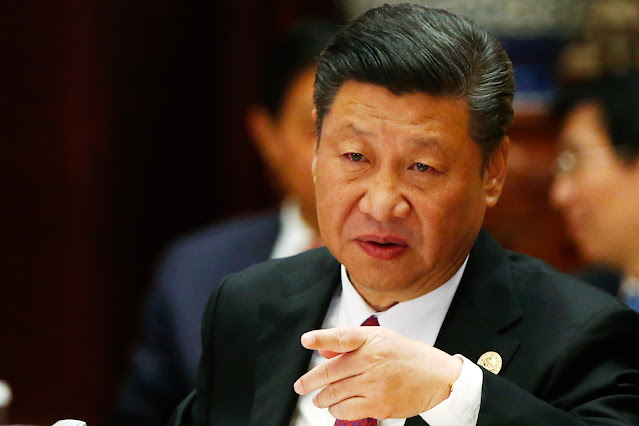 “Corruption could lead to the collapse of the Communist Party of China as it has done in Russia.” – Xi Jinping

Neighbors Russia and China feel the West and NATO have conspired against them since the Cold War. In December 2020 after Joe Biden won the election, in a bilateral call, they vowed allegiance against the U.S. They cited then U.S. Sen. Joe Biden had once said Moscow and Beijing were enemies.

When Putin invaded Ukraine, the Russian dictator thought the world would believe that his actions were in response to the expansion of NATO. Yet the Kremlin has no evidence to support this claim. Putin’s aggression comes from an obsession that Ukrainian democracy might become contagious.

NATO reacted to Russia’s 2014 invasion of Ukraine by increasing military forces in nations close to the conflict. But this was not a threat to Russia. It was a preemptive measure to protect members.

Contrary to Putin’s rhetoric, Ukraine represents no threat to Russia if they joined NATO. Lithuania, Estonia, and Latvia are all as close to Moscow as Ukraine and have been NATO members since 2004. Russia’s real concern is they had considered Ukraine politically friendly to Russia when former Ukrainian leader Viktor Yanukovych chose not to then join the EU in 2014 and remained allied with Russia.

Ukrainian democracy has been a thorn in the side of Russia throughout Putin’s reign. A genuine democratic Ukraine is viewed by the Kremlin as a direct attack on Russia’s imperial identity and an existential threat to the country’s authoritarian system of government. Russia fears democracy!

“NATO was built to counteract the Soviet Union. But that is no longer necessary.” – Vladimir Putin

Putin describes the fall of the Soviet Union as “the disintegration of historical Russia” and “the greatest geopolitical catastrophe” of the twentieth century. A paranoid Putin views a democratic Ukraine as a threat to further encircle his dictatorial regime with enemies of his autocratic power.

It’s been said that we’re judged by the company we keep. Russia claims to be a democracy, but their actions don’t prove it. Russia’s allies are Red China and North Korea, and all three despise NATO. Since Putin assumed the role of dictator, NATO considers Russia a threat to world peace. 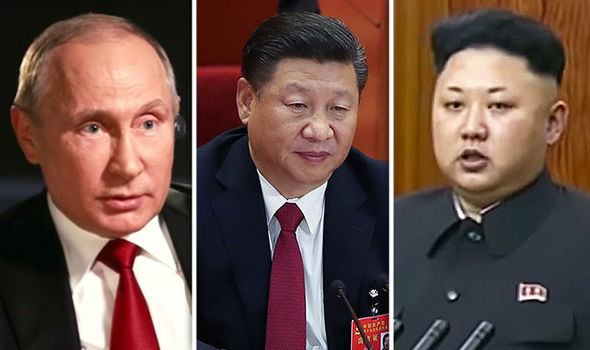 When Putin invaded Ukraine, he never expected the free world would ally against him. But the 2nd Great War taught the world a vital lesson for survival in dealing with rogue dictators like Adolph Hitler. The botched 1938 Munich Agreement between Chamberlain and Hitler proved appeasement does not stop aggression. It is a sign of weakness that instills confidence in rogue states that they are feared and no one will stop their aggression.

“I think the international community should unite to fight such inhuman phenomena as terror attacks and the murder of totally innocent people.” – Vladimir Putin