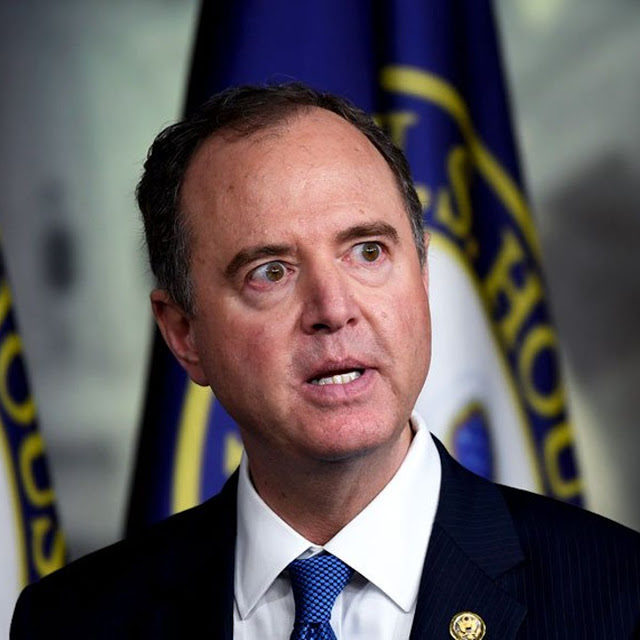 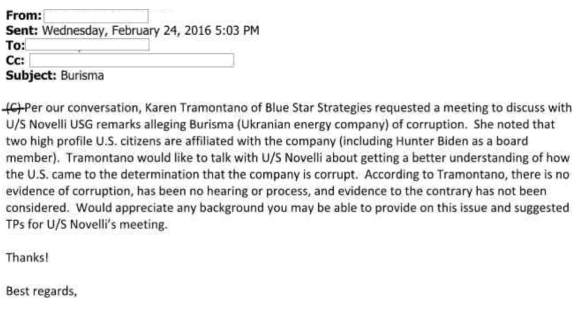 A few months later, by mid-2016, the Obama administration had in place a plan for USAID to partner with Burisma, until Kent intervened to block it.
More:
Kent’s stoppage of the USAID project adds to a growing body of evidence that Burisma and its corruption issues were causing heartburn inside the State Department during the end of Joe Biden’s tenure as Vice President.
Another State official has reportedly testified he tried to warn Biden’s office that the Burisma matter posed a conflict of interest but was turned away by the vice president’s aides.
***
Kent’s newly released testimony also confirmed several other elements of my earlier reporting about Ukraine, including that the U.S. embassy exerted pressure on Ukrainian prosecutors not to pursue certain investigations.
***
For instance, Kent acknowledged signing an April 2016 letter that asked the Ukrainian prosecutor’s office to stand down an investigation of several nonprofits that had received U.S. aid, including the AntiCorruption Action Centre of Ukraine, or AnTac.
Kent also confirmed my reporting that AnTac was jointly funded by the State Department and one of liberal megadonor George Soros’ foundations.
So Obama administration corruption relating to Ukraine may well have extended beyond Burisma’s $3 million bribe to the Biden family.
President Trump was entirely correct in wanting this Obama/Biden administration corruption to be investigated, but the Democratic Party press seems to have succeeded, bizarrely, in painting Trump as the villain of the story.
Who says the “mainstream” press no longer has any power?
The Biden family’s self-enrichment is a great example of the swamp against which Donald Trump ran for office, and America’s reporters and editors, with few exceptions, are swamp members in good standing.
https://www.powerlineblog.com/archives/2019/11/the-ukraine-scandal-spreads.php

China’s Leaders Are Divided Over Trade War With U.S. 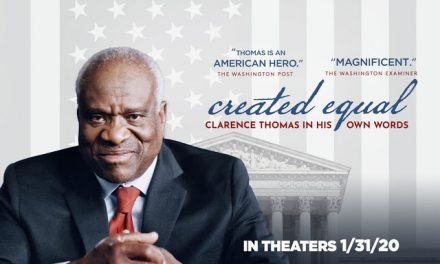 Wind gusts reportedly hit 209 mph in California. Is the speed a record – or an error?

Can Christians be unequally yoked with Liberals? (Listen)