As Hollywood tears itself apart with sexual assault revelations, some are proclaiming poetic justice. Hollywood tried to portray itself as the moral compass and the standard of the American culture – but behind the scenes and in their movie scenes, they are corrupt, perverted, immoral, violent and support a decrepit view of American values.

I pointed out in my book “It’s OK to Leave the Plantation” that slavery needed no chains. Abuse takes fear. Whether slavery, kidnapping, extortion or sexual abuse, it requires the victim to feel helpless and even deserving.

The left has used sexual misconduct allegations against the right for a long time. Justice Clarence Thomas was accused by Anita Hill of sexual misconduct during his confirmation hearing. It was reported that she was hesitant to go along with those encouraging her to make the false allegations. She was told that just making them would be enough to force Thomas to withdraw his nomination. He fought back; others stood up for him; and now-Justice Thomas received justice.

Men taking advantage of women for sex and women taking advantage of men for sex both are immoral. What about the woman who sleeps her way up the ladder? It’s not assault, but is it fair to the women who refused to be used? One gets promoted, and the other is left back, not based on talent but because of an unwillingness to be used. Should there be lawsuits from those women who were unfairly passed over?

Many times just the accusations work, and the male is punished. Many know of cases where the woman only accuses out of spite or revenge against the man. The Hollywood starlets waited 20 years, took jobs from Harvey Weinstein, made their millions and only then comes out with accusations. They may be telling the truth, but it is hard to just take them at their words.

Look at the “power of the accusation” against the Fox News Channel, the management and on-air personalities. If the head of Fox News and the most watched cable news program cannot be safe, what do you think the lower-level employees who are accused can do? The power of the accusation, after 20 years of enjoying the power of these men, has to be considered. Do not think for a second that men are not also being taken advantage of in Hollywood.

But sexual assaults, pedophilia and sex trafficking are not uniquely Hollywood problems. Such behavior has plagued us since the beginning of mankind. From the sacrifice of virgins to temple prostitution, young women have been victimized. Usually they are victimized while living in a culture claiming to support women.

Sexual predators gather where their victims gather. The pimps gather at the bus depots of large cities looking for the young teenage runaways. Pedophiles gather at schools, day cares and sports events. They gather in the Boy Scouts, church ministries, at the community pool and anywhere children gather. The decent adults involved in these activities must struggle to identify and rid themselves of the human weeds growing among them.

One of the hardest places to identify and eradicate child molesters is in the child-protective industry. Child molesters become case workers, counselors and home providers. They fight to keep the parents away as well as relatives of the children. They keep the children totally isolated and helpless.

The possibilities for abuse are even greater when children are taken under the supervision of Indian tribes working under the concept of being sovereign governments. Children are taken from American families onto a reservation. Families of these children lose most constitutional rights to chose their own lawyers, visitations and access to a fair judicial system. Children are sometimes given out to group homes and passed around like candy. You cannot imagine the abuse, fear and terror placed on these children and parents. The less contact and control parents have the more likely sexual abuse will happened. Taking a child away from a parent should require a speedy hearing to allow the government to justify the seizure. The state should be held liable for any abuse while the children is under its care.

Sure, temporary caregivers are vetted; sure, they have proper background checks. But no one checks the boyfriend, uncle, brother – and the government rarely interviews the children.

Young children are beaten, starved and have no one to turn to. The system keeps parents and relatives totally away from the children, and the children are being terrorized. Sexual battery cases require the victim to come forward, but they are too afraid, ashamed or terrorized to report it. This is why so many are coming out in Hollywood now. The movie stars are out, so it must be safe for them.

These new revelations also point out why so many Hollywood entertainers have such a hard time with life. So many are in and out of rehab, multiple marriages, not to mention the sexual dramas of their lives. They seem unhappy and disconnected with real life, fulfilling their lives by reading someone else’s lines.

Some have been so abused in their careers that they’ve lost all real feelings, so even their public life is make believe. 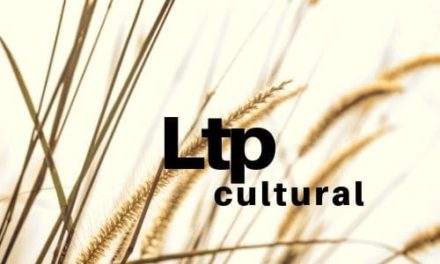 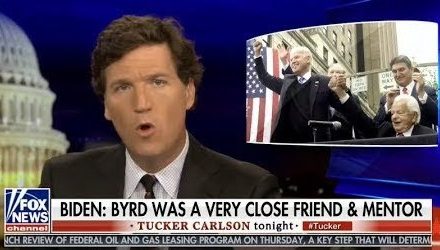