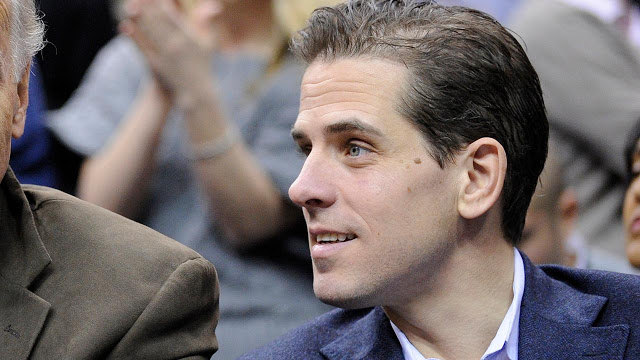 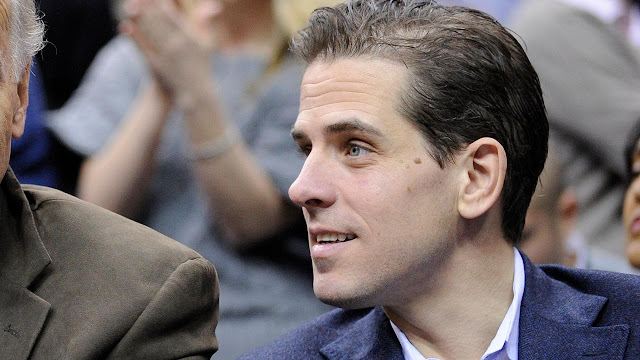 Hunter Biden admits to poor judgement in Ukraine dealings but has no regrets
The son of 2020 presidential hopeful Joe Biden breaks his silence before his father takes the debate stage in Ohio; reaction and analysis on ‘The Five.’
A State Department official focused on Ukraine policy told Congress this week he raised concerns about Hunter Biden’s role on the board of a Ukrainian natural gas firm in 2015, but was rebuffed by former Vice President Joe Biden’s staff which said the office was preoccupied with Beau Biden’s cancer battle, Fox News has confirmed.
Deputy Assistant Secretary of State George Kent, who testified behind closed doors before committees spearheading the formal House impeachment inquiry, told congressional investigators that he had qualms about Hunter Biden’s role on the board of the Ukrainian energy company Burisma Holdings.
The Washington Post first reported details of Kent’s testimony on Friday, which included his concerns that the younger Biden’s role in the company could complicate U.S. diplomatic efforts with Ukrainian officials, and raised the issue of a possible conflict of interest. Kent also testified that he was worried that Hunter Biden’s position would make Ukrainian officials think he was a channel of influence to his father, who was vice president at the time.
A congressional source confirmed to Fox News on Friday that Kent testified that when he brought his concerns to the office of the vice president in 2016, his staff blew him off and ignored the issue involving the younger Biden’s role at the firm. The Post first reported that the staff said they did not have the “bandwidth” to deal with the issue, as his other son, Beau Biden, was battling cancer. Beau Biden died in 2015.
Video
Biden’s campaign responded to this story on Friday by ripping into President Trump. “Donald Trump’s unprecedently corrupt administration is melting down because of the scandal he touched-off by trying to get Ukraine to lie about Joe Biden–and as the vice president said yesterday, he should release his tax returns or shut up,” a Biden campaign spokesperson told Fox News. “On Joe Biden’s watch, the U.S. made eradicating corruption a centerpiece of our policies toward Ukraine including achieving the removal of an inept prosecutor who shielded wrongdoers from accountability.”
Meanwhile, during his deposition on Tuesday, sources told Fox News that Kent spoke extensively about accusations of corruption linked to Burisma, noting it was a big problem as it relates to Ukraine.
Kent had repeatedly raised concerns with the Obama administration about the company, specifically providing an example in 2016, when he raised concerns with the Obama administration’s USAID about dropping a planned event with Burisma. Kent testified that the event involved children, and he did not feel comfortable with photos of children in conjunction with Burisma.
Sources also told Fox News that Kent told congressional investigators about the Obama administration’s efforts to remove Ukrainian prosecutor Viktor Shokin from his post. At the time, Shokin was investigating Mykola Zlochevsky, the former minister of ecology and natural resources of Ukraine ” also the founder of Burisma.
Shokin was fired in April 2016, and his case was closed by the prosecutor who replaced him, Yuriy Lutsenko. Biden once famously boasted on camera that when he was vice president and leading the Obama administration’s Ukraine policy he successfully pressured Ukraine to fire Shokin ” who was investigating Burisma Holdings while Hunter sat on the board.
Biden allies, though, maintain that his intervention prompting the firing of Shokin had nothing to do with his son, but was rather tied to corruption concerns.
However, Kent testified that while Shokin faced accusations of corruption, his replacement, Lutsenko, did too and that both ex-prosecutors were godfathers to former Ukrainian President Petro Poroshenko’s children. However, according to sources, Kent said that while the United States pushed hard for Shokin to be fired, no one ever pushed for Lutsenko to be fired.
Shokin was widely accused of corruption on both sides of the Atlantic. Biden has said that the international community was supportive and pushing for his firing, but sources told Fox News that Kent testified that it was the United States who led that international effort to get him removed. Kent also noted, according to sources, that the international community was deferential to the U.S. on the topic.
Kent’s testimony comes amid the House’s formal impeachment inquiry, launched earlier this month by House Speaker Nancy Pelosi, D-Calif., after revelations surrounding Trump’s highly-controversial phone call with Ukrainian President Volodymyr Zelensky. The impeachment inquiry is being led by House Intelligence Committee Chairman Adam Schiff, House Foreign Affairs Committee Chairman Eliot Engel, and acting Oversight Committee Chair Carolyn Maloney–who filled the post after Rep. Elijah Cummings’ death on Thursday.
The Ukraine controversy, which sparked the impeachment inquiry, began when a whistleblower reported that the president had pushed Zelensky to launch an investigation into the Biden family’s business dealings in Ukraine  ”specifically, why Biden pressured Poroshenko to fire Shokin, who was investigating Burisma Holdings, where Hunter was on the board. The president’s request came after millions in U.S. military aid to Ukraine had been frozen, something critics have cited as evidence of a quid pro quo arrangement. The whistleblower’s complaint stated their concerns that Trump was soliciting a foreign power to influence the 2020 presidential election.
The White House and the president’s allies have denied any sort of quid pro quo, and the Biden’s have maintained that they did “nothing wrong.”
During Tuesday night’s Democratic primary debate, Biden was asked about his son’s role at Burisma, to which he stated: My son did nothing wrong. I did nothing wrong. I carried out the policy of the United States government, which was to root out corruption in Ukraine and that’s what we should be focusing on.
Earlier that day, Hunter Biden. during an interview with ABC’s Good Morning America, likewise defended his role, claiming he did nothing improper, though he did acknowledge it was “poor judgment” to have joined the company’s board.
Brooke Singman is a Politics Reporter for Fox News. Follow her on Twitter at @brookefoxnews.
https://www.foxnews.com/politics/state-department-official-told-congress-that-he-raised-concerns-about-hunter-bidens-ukraine-dealings-in-2015-but-was-ignored