Stone-Age Democrats Are Crazy With the Heat 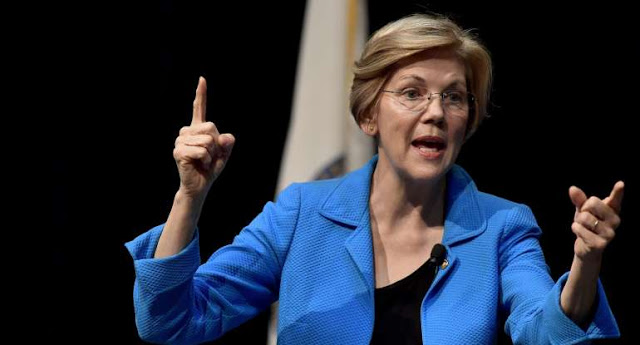 BY
Sen. Elizabeth Warren (D-Mass.) holds a town hall in Concord, Mass., on Aug. 25, 2017. (Rex Features via AP Images)
If you’re a political conservative, don’t feel so picked on by the Stalinist Democratic Party. It doesn’t allow dissent among its own ranks either, being the party of the ideological straitjacket.
In watching some of the clips from the Democratic climate change marathon, I was struck by how willing each candidate was to grovel and play dumb to retain favor with the crazy leftist base. And that should tell us all we need to know about how dangerous this party is for America.
“You didn’t watch the entire thing?” you ask. No, sorry, I do have some self-respect.
How these reckless clowns could persuade even 10 percent of voters to support them in a general election is a disturbingly sad commentary on the state of our electorate.
Each candidate was more ridiculous than the next. It was a painful spectacle to endure.
Kamala Harris seemed to realize how ridiculous she sounded when she said she would favor banning plastic straws. Saying something has to be done, she descended into inane laughter about the difficulty in using paper straws. Seriously? This is what animates them today?
Being the shrewd lawyer she is, Harris also said the government must take action to reduce Americans’ red meat consumption. Yes, that’s a pressing federal issue and certainly the type of government action the framers contemplated at the Constitutional Convention in 1787.
Andrew Yang, when the time is right, might ban commercial air travel. He also mentioned the possible confiscation of gas vehicles and refused to rule out making electric cars mandatory. Suggested Democrat campaign slogan: “Vote for us and we’ll lead you back to the Stone Age — a time of environmental sensitivity and equal income distribution.”
Elizabeth Warren crusaded against straws, and cheeseburgers, too. Why would Trump focus on economic growth, spreading wealth and reducing unemployment for all Americans when he could prioritize their nutrition awareness? Republicans should be ashamed of their obvious indifference to the federal government’s proper role in our dining decisions — and federally mandated exercise, for that matter. Now I know what Democrats mean when they say we don’t care. Indeed, Bernie Sanders is right to advocate curbing population growth. Capping population will facilitate economic malaise, thus ending the rich’s stranglehold on all that stuff they want their voters to covet.
Warren also favors a new carbon tax. Duh. Pretty soon she’ll get on board and propose a tax on economic growth as well. Oh, wait, that’s essentially the Democratic Party platform, so that would be superfluous, so let me retract that. But Warren’s proposal is anemic compared with Joe Biden’s plan to shut down all electricity generated by coal power, which amounts to about 27 percent.
Then again, Uncle Joe has got to do something to steal attention from these newbies. You’d think his being on a first-name basis with Barack would clinch the nomination for him, but leftist Obama is no longer considered radical enough by the extremists choreographing this Democratic insanity. Now think about that for a sobering minute.
Harris’ straw purge, however, apparently wasn’t sexy enough, so she would also ban fracking. She has to be on board the party’s consensus to zap economic growth. What better way than to eliminate the very process that has made us a net exporter of oil for the first time in 75 years? Just in case there’s any doubt, Democrats also specified that they would end oil and gas exploration on public lands.
Speaking of the economic growth bugaboo, isn’t it a bit amusing amid all this craziness that by assaulting economic growth via their various ludicrous proposals, they will be forfeiting the best available tool to combat genuine environmental nuisances? Very little environmental progress is made without growth. Who cares? Just quit being a denier.
Finally, a candidate figured out a way to merge racism with environmentalism — like Democrats have wedded race to every other issue. Julian Castro promised that he would make it easier for Americans to file lawsuits over “environmental racism.” I don’t know about you, but that’s certainly a hot-button issue for everyone in my circle of friends and business associates. Kudos to Julian, who also astutely observed, “I guess it’s 11 years we have left.” I could have sworn it was 12 years, but what’s wrong with a minor hyperbole if it serves the cause of pantheistic idolatry?
One undeniable truth is that even if you accept every outlandish and bizarre claim Democrats make on the environment, we could not appreciably reduce global temperature in a hundred years, even if we were to implement all their draconian remedies.
They’re either crazy with the heat — or just unabashed socialists using environmental fearmongering to advance their glorious cause.
David Limbaugh is a writer, author and attorney. His latest book is “Jesus Is Risen: Paul and the Early Church.” Follow him on Twitter @davidlimbaugh and his website at www.davidlimbaugh.com. To read features by other Creators Syndicate writers and cartoonists, visit the Creators Syndicate webpage at www.creators.com.
https://pjmedia.com/news-and-politics/stone-age-democrats-are-crazy-with-the-heat/?utm_source=pjmedia&utm_medium=email&utm_campaign=nl_pm&newsletterad=&bcid=227841a8b1ca836b99e21ea36efa6859&recip=28551147 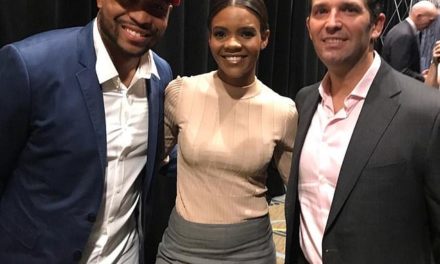 US MUSLIM WOMAN says: “Christmas is offensive to Muslims and it is ‘Islamophobic’ to celebrate it