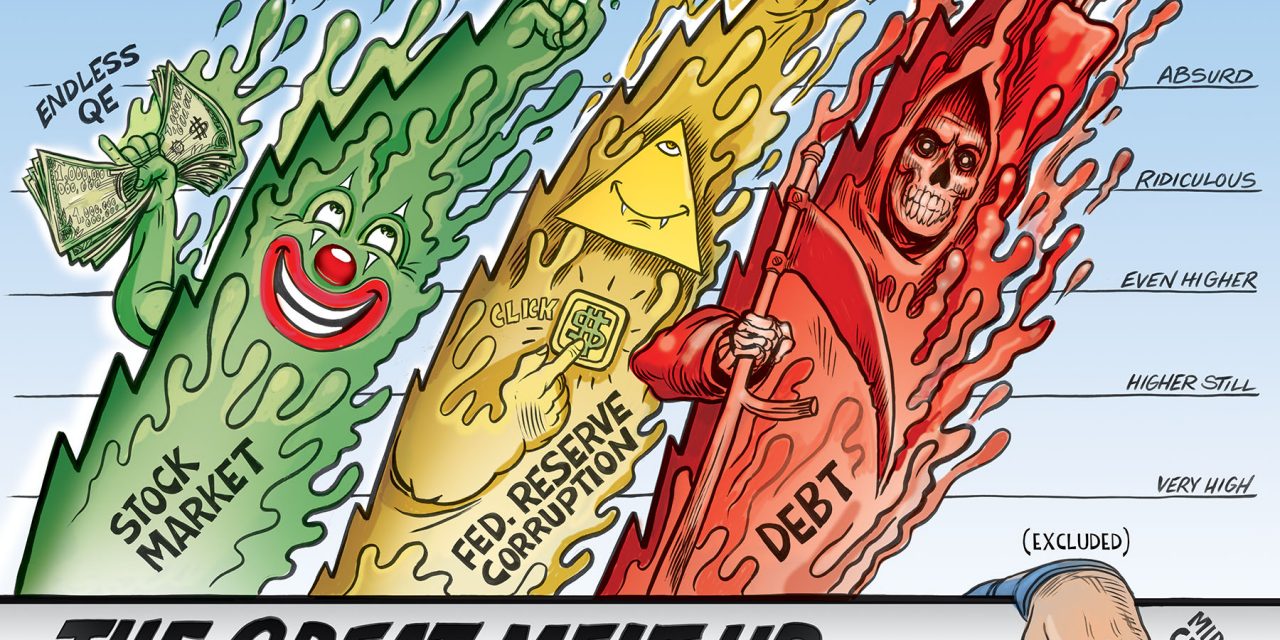 The year 2019 has been a year of bubbles

The stock market reached new all-time highs. This has occurred because the Federal Reserve’s ‘quantitative easing’ never really ended. Instead of consulting Congress like they did in 2008, the Fed simply creates currency out of thin air and hands it out to its member central banks. A lot of that easy money goes into the stock market, which mostly benefits the top of the pyramid that owns most of the major global corporations. Over 50 percent of Americans have no money in the stock market. Many millennials cannot afford to buy a house, let alone stocks.

For many, the American Dream will never become a reality. The wealth divide in this country continues to widen, thanks to the cancerous creation of the Federal Reserve. Instead of stopping booms and busts, they created larger ones, all to their own benefit.

The national debt continues to make new highs along with the stock market. That means more tax dollars will go toward paying interest on the debt. Paying down the principal is impossible unless the president declares a debt jubilee. I’m all for that as long as it also means ending the Fed.

The melt up will grow even more absurd and the wealth divide will worsen unless we change our current immoral system of money. The end of the Federal Reserve is long overdue. Let’s hope President Trump makes it one of his resolutions for 2020.

Trump and the Pharisees