“No free man shall ever be barred from using arms to guard public liberty.” –  Thomas Jefferson

The gun control debate began in the 1920s in Germany’s Weimar Republic. They mandated the registration of all firearms and the authority to confiscate them “if it was necessary for the pubic good.” They convinced gun owners these records would be confidential for the nation’s security.

The prime minister said these records would forever be protected from militant groups. Yet in 1933, when Adolf Hitler seized power, he used these “secret gun records” to identify, disarm, and attack and imprison opponents of the regime. It also enabled Hitler to murder 6 million defenseless Jews.

Weimar’s ill-conceived gun edict showed little insight and had one major flaw. It’s most loquacious oversight was that Werner Best crafted it, a suspected conspirator and future Gestapo henchman.

“How fortunate it is for governments that the people they administer don’t think.” – Adolf Hitler

In 1938, Hitler signed The Gun Control Act to deprive Jews from owning guns. Since the Jews had registered their guns they were easily disarmed. With no weapons to fight back, they were sent to death camps and burned alive. Hitler relied on gun control to cleanse Germany with his Holocaust.

When France fell to the Nazis in 1940, it was a walk in the park for Hitler since it was illegal to own a gun in France and they couldn’t fight back. In reaction to this, days before Pearl Harbor in 1941, Congress no only affirmed our 2nd Amendment rights, it also outlawed federal gun registration.

Although America’s military might defends world liberty, gun ownership has been under attack for years. Gun control advocates say the U.S. should mimic the European nations that have strict gun control laws. But it was the well-trained army of U.S. gun owners that led the allied victory in WWII.

In Germany, to purchase a gun, you must pass a government psychiatric evaluation. In Finland, to own a gun you must prove you’re a member of an approved gun club and pass a police review. In Italy, one must prove they need a gun and pass a criminal and mental background investigation.

In France, applicants must pass a mental health exam. In the UK and Japan it is a felony to own a handgun. In Red China, anyone caught owning gun powder will be jailed. On the other hand, 75% of all citizens in Switzerland own guns. And they have the lowest gun-related crimes in the world.

Every nation with strict guns laws has been taken over by a tyrannical rogue leader; Adolf Hitler of Germany; Benito Mussolini of Italy; and Hirohito of Japan; or they’ve been invaded by one. But in the U.S. where it is a constitutional right to own and use guns, we are the defender of world freedom.

“The object of war is not to die for your country but to make the other bastard die for his.”– General George Patton

James Madison drafted and passed the Bill of Rights during the first U.S. Congress in NY in 1789.

In 1999, Connecticut passed the first “red flag law.” Today 18 states have followed. Red flag laws allow law enforcement, with a court order, to seize guns from anyone that a person considers a danger to themselves or others. Almost anyone can file a red flag request for almost any reason.

President Joe Biden has urged Congress to pass additional gun control laws including a red flag law. With a 224 to 202 vote, House Speaker Nancy Pelosi passed the Federal Extreme Risk Protection Order last week. This allows courts to issue extreme risk orders that ban individuals deemed dangerous from buying or owning a gun. But for this to become law, the 2nd amendment must be amended.

This is the most dangerous attack on the 2nd amendment by the federal government in history.

Within the context of red flag laws, anyone may attempt to have someone’s firearms seized with the slightest suspicion that a gun owner may pose a danger to them or to themselves. Only after proving their “innocence” before a court can a law-abiding citizen possibly retrieve their property.

A study by the RAND Corporation on states with red flag laws found that there is zero conclusive evidence that red flag laws prevent acts of gun violence. In fact, a report by CNN shows homicides across the U.S. have risen an alarming 6.2% since Biden was elected and after the George Floyd protests, riots and looting.

“Facts do not cease to exist because they are ignored.” – Aldous Huxley

According to NBC, Illinois passed its red flag law in 2018 and gun crimes and homicides escalated throughout the state. In 2021, in the city of Chicago there were 797 homicides and 3,561 shooting incidents despite Illinois’ extremely tough gun laws. Obviously “red flag” gun control doesn’t work.

Some states allow medical professionals, school officials and coworkers also to petition the courts. Other states only allow law enforcement and relatives to petition the courts to have guns removed from anyone they wish. In red flag states, you are guilty until proven innocent to get your guns back.

“You’re guilty until proven innocent. Perception is reality, that’s the way that it is.” – Chris Webber

The powers of the federal government are clearly defined and enumerated in the Constitution and disarming citizens is not one. In fact, the 2nd Amendment forbids the government from doing so. It specifically designates that “the right of the people to keep and bear Arms shall never be infringed.”

James Hanstein wrote, “Our past are our lessons learned.” Our constitutional rights are not just a source of patriotic pride but the lifeblood of democracy. Our founders knew that the right of citizens to bear arms was essential to preserving their liberty. The 2nd Amendment ensures that. We need to remind our Congressmen that it was Hitler’s genocide of the Jews that led to the 2nd Great War.

The Senate has now passed the onus of “gun control” on to the states. They expand background checks, and fund school safety programs. They will also incentivize states to pass more red flag laws. Since states have almost “innumerable powers” they will pressure each state to pass stricter gun laws.

All government is local, and all liberty is too. The rubber meets the road in every state legislature. Politicians are addicted to money and easily swayed by federal gratuities. But what happens in our states ends up in DC. As states trade our gun rights for abusive “red flag laws,” citizens that do not challenge them don’t covet their freedom. They will be crying and moaning when progressives win their campaign to repeal their 2nd amendment.

“To preserve liberty, it is essential the whole body of the people always possess arms, and be taught alike, how to use them.” – Richard Henry Lee

His writings from the bench frequently bust popular left-wing myths about race and justice. 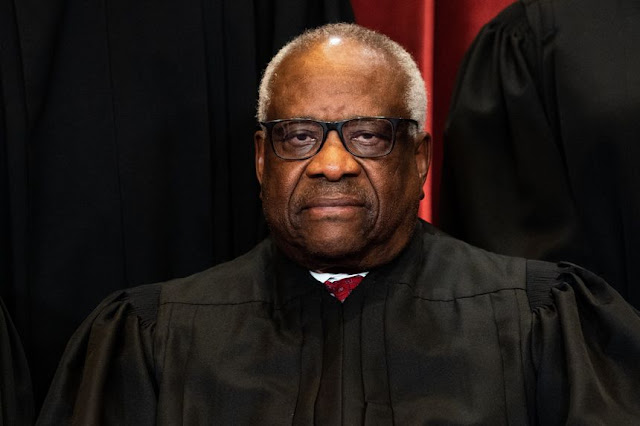 Justice Clarence Thomas at the Supreme Court in Washington, April 23, 2021.

Justice Clarence Thomas served up a twofer last week: a Supreme Court decision, in Terry v. U.S., that’s noteworthy for its judicial restraint as well as for pushing back at another false racial narrative that has gained popularity in this Age of Wokeness.

Justice Thomas has done this before. His concurrence in McDonald v. Chicago, a 2010 case about handgun restrictions, offered a succinct tutorial on gun-control measures put in place after the Civil War to suppress blacks and leave them more vulnerable to domestic terror groups like the Ku Klux Klan. In Box v. Planned Parenthood, a 2019 case that concerned the legality of “selective” abortions based on race and sex, his concurring opinion included a history of the eugenics movement in the U.S. and how it made common cause with abortion-rights activists.

Liberals today are eager to highlight how the filibuster was used in the past to block civil-rights legislation. They don’t want to talk about the racist history of gun control or minimum-wage laws or abortion advocacy, let alone how this history still affects blacks today. Eight decades after Planned Parenthood founder Margaret Sanger established a birth-control clinic in Harlem, Justice Thomas wrote, “there are areas of New York City in which black children are more likely to be aborted than they are to be born alive—and are up to eight times more likely to be aborted than white children in the same area.”

Democratic opposition to the filibuster is based less on principle than on political expediency. The Senate is split evenly, and the filibuster stands in the way of a far-reaching progressive agenda. Part of that agenda involves so-called criminal-justice reform, which to liberals means defunding the police, prosecuting fewer crimes, and reducing the size of the prison population by releasing inmates early.

Activists allege that today’s “mass incarceration” resulted from policies motivated by racism. Justice Thomas’s opinion last week in Terry undercuts that claim by providing a more accurate history of sentencing laws than the fictions being peddled of late by Democrats and progressive activists. The court unanimously rejected a petition, from a convicted crack-cocaine dealer named Tarahrick Terry, to be resentenced under the First Step Act, a 2018 federal law that reduced sentences for certain drug offenders. In his opinion, Justice Thomas wrote that the text of the law made this a “straightforward” case. Mr. Terry had been sentenced as a “career criminal” for an offense that fell outside the scope of the First Step Act and thus was ineligible for a sentence reduction.

Justice Thomas’s ruling didn’t stop there. The stiffer sentencing guidelines for crack-cocaine offenses, versus those for powder cocaine, date to the mid-1980s. The thinking in Washington at the time was that because crack was cheaper than powder, more addictive and more closely associated with violent crime, offenders should face tougher penalties. Like everything else these days, such attitudes are viewed almost exclusively through a racial lens, but as Justice Thomas points out, the sentiment at the time transcended both race and party affiliation.

“In response to these concerns, Congress quickly passed a bill with near unanimity,” Justice Thomas writes. “The new law created mandatory-minimum penalties for various drug offenses, and it set much lower trigger thresholds for crack offenses.” The 1986 bill passed the Democrat-controlled House 392-16 and the Republican Senate 97-2. “A majority of the Congressional Black Caucus cosponsored and voted for the bill,” he adds in a footnote. Many black leaders at the time were motivated by two major worries. “First, crack was fueling crime against residents of inner cities, who were predominantly black.” Second, “there were concerns that prosecutors were not taking these kinds of crimes seriously enough because the victims were disproportionately black.”

Various efforts would be made in ensuing decades to determine if Congress had overreached and how to reduce the sentencing disparity between crack and powder offenses. But what drove the initial effort was bipartisan, cross-racial concern for what was going on in poor black communities. And although today’s woke left is at pains to deny it, that effort was led by black lawmakers responding to their constituents, as Justice Thomas’s opinion reminds us.

Current efforts to reduce resources for law enforcement in the name of “social justice” for blacks ignore that blacks have long complained about underpolicing of their communities. In a 1993 Gallup poll, 75% of black respondents said they wanted more cops on the streets, and 82% said that the court system goes too easy on offenders. Blacks today continue to express overwhelming support for the presence of more police in their neighborhoods, which suggests that, unlike the progressive politicians and activists who claim to speak on their behalf, most blacks are more interested in safe communities than they are in the racial composition of the inmate population. 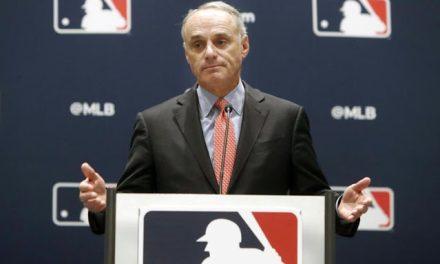 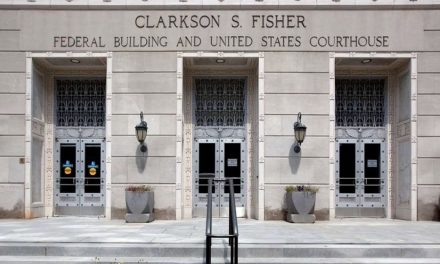