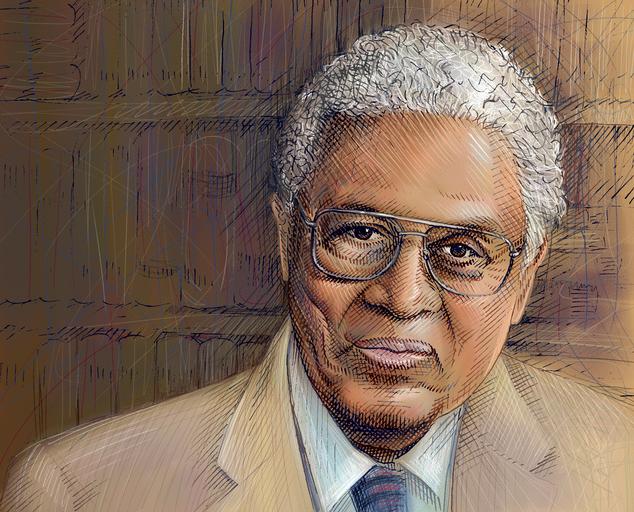 Thomas Sowell has spent a lifetime challenging the orthodoxy on race, economics and more—and produced an impressive body of scholarship along the way.

Economist Thomas Sowell has grown accustomed to a certain type of media query, usually from white interviewers. They want to know how, as a black conservative, he has dealt with criticism from fellow blacks. Charlie Rose once asked: “How was it, though, for you . . . to be an African-American man respected by a cross-section of your peers and yet be so against the grain of fellow African-Americans?”

In another interview, Mr. Sowell told C-Span’s Brian Lamb that black strangers regularly stop him in public and compliment his views: “When I checked out of my hotel this morning, the black security guard came over and said, ‘Are you Sowell?’ And I said, ‘Yes,’ and he shook my hand warmly and we walked—he walked me the length of the corridor and talked about this and about that. . . . So, it’s not Sowell versus blacks. It’s the black intellectuals.”

There is a long history of conflating the interests of black Americans with those of black organizations, black journalists, black academics and other elites. The media lazily continues to turn to these groups, from the NAACP to Black Lives Matter, as if they speak for all black people.

In December 1980, Mr. Sowell headlined the “Black Alternatives” conference in San Francisco. Its goal was to showcase the variety of perspectives among black politicians, intellectuals and civil-rights activists. “The people who were invited,” he began his keynote address, “are people who are seeking alternatives, people who have challenged the conventional wisdom on one or more issues, people who have thought for themselves instead of marching in step and chanting familiar refrains. . . . We have come through a historic phase of struggle for basic civil rights—a very necessary struggle, but not sufficient. The very success of that struggle has created new priorities and new urgencies. There are economic realities to confront and self-development to achieve, in the schools, at work, in our communities.”

Liberal elites expected whites to solve the problems of blacks. They still do. Newer movements like Black Lives Matter, and younger public intellectuals such as Ta-Nehisi Coates and Ibram X. Kendi, are far more interested in white behavior than in black behavior. In his speech, Mr. Sowell took a different approach. “The sins of others are always fascinating to human beings, but they are not always the best way to self-development or self-advancement,” he said. “The moral regeneration of white people might be an interesting project, but I am not sure we have quite that much time to spare. Those who have fought on this front are very much like the generals who like to refight the last war instead of preparing for the next struggle.”

The 1980 conference received extensive press coverage, and there was talk of a sequel and of creating an organization that challenged the civil-rights old guard. The plans faltered amid internal disagreements, and Mr. Sowell realized such an entity would take too much time away from his research and writing. We will never know how such an organization might have fared, but it’s probably not a coincidence that the conference took place when it did. Beginning in the late 1970s, a dozen or so serious black thinkers gained attention for challenging various aspects of the civil-rights orthodoxy that had solidified in the 1960s. On a few issues at least, Mr. Sowell seemed at the time to be gaining some black intellectual allies.

They included Randall Kennedy, William Julius Wilson, Clarence Thomas, Shelby Steele, Glenn Loury, Walter Williams, Stephen Carter, Orlando Patterson, Stanley Crouch, Anne Wortham and Robert Woodson. The media would refer to them as “black conservatives” or “black neoconservatives,” although the labels didn’t fit some of them. Mr. Kennedy, a law professor, was open-minded on some racial issues but firmly entrenched on the political left. Mr. Wilson, a sociologist, was a European-style social democrat. The writings of Ms. Wortham and Williams, respectively a sociologist and an economist, had a strong libertarian bent. The “conservative” labels were a kind of shorthand to describe any black intellectual who took a position on a racial or cultural topic contrary to the received wisdom among black elites.

Black elites on the left have only tightened their grip on the prevailing racial narrative. That had less to do with the efficacy of their policies than with their ability to convince the media that other black perspectives were illegitimate, if not harmful. Typical of the dominant view is legal scholar Kimberlé Williams Crenshaw’s assertion that “the Black community must develop and maintain a distinct political consciousness” because “the most valuable political asset of the Black community has been its ability to assert a collective identity and to name its collective political reality.”

Mr. Sowell fleshed out his philosophical conservatism in books such as “Knowledge and Decisions” (1980) and “A Conflict of Visions” (1987). His approach is rooted in the classical liberal tradition, and it’s nuanced: “It is hard to think of anyone who is, or has been, a black conservative, in the full sense of the word ‘conservative,’ ” he wrote in a 2001 article. “Most of those who are called black conservatives are certainly not interested in preserving the status quo. That status quo includes welfare, failing schools, quotas, and separatism that most black conservatives deplore and attack. Still less are they seeking to return to a status quo ante, such as the Jim Crow era.”

Black conservatism is often equated with an emphasis on self-help in the mold of Frederick Douglass and Booker T. Washington. Mr. Sowell has shown in his writings that groups that confront and address internal problems are best able to rise socially and economically. “If the history of American ethnic groups shows anything, it is how large a role has been played by attitudes of self-reliance,” he wrote in “Race and Economics” (1975). “The success of the antebellum ‘free persons of color’ compared to the later black immigrants to the North, the advancement of the Italian-Americans beyond the Irish-Americans who had many other advantages, the resilience of the Japanese-Americans despite numerous campaigns of persecution, all emphasize the importance of this factor, however mundane and unfashionable it may be.”

For Mr. Sowell, however, initiative alone is insufficient. “It would be premature at best and presumptuous at worst to attempt to draw sweeping or definitive conclusions from my personal experiences,” he wrote in “Black Education: Myths and Tragedies” (1972). “It would be especially unwarranted to draw Horatio Alger conclusions, that perseverance and/or ability ‘win out’ despite obstacles. The fact is, I was losing in every way until my life was changed by the Korean War, the draft, and the GI Bill—none of which I can take credit for. I have no false modesty about having seized the opportunity and world to make it pay off, but there is no way to avoid the fact that there first had to be an opportunity to seize.” Government has a role to play in social mobility, albeit a limited one, and incentives matter. Handouts that ask little or nothing of the recipient, and thus risk creating dependency, were the kind that worried Mr. Sowell.

Nevertheless, it is a pragmatic individualism, along with self-help, that defines Sowellian black conservatism. Ms. Crenshaw’s “collective identity” mindset is anathema to Mr. Sowell, who sees little evidence that embracing a racial or ethnic identity and flaunting it helps underperforming groups excel. More fundamentally, Mr. Sowell argued in “Race and Culture: A World View” (1994) that “the history of ideas—both social and scientific—shows again and again that even the most brilliant thinkers typically grasp only part of the truth, and a fuller understanding comes only after a clash of ideas with others, even when those others are fundamentally mistaken on the whole. Those who insist on a monolithic group ideology are gambling the group’s future on being able to achieve such an understanding without this process.”

One of the first places Anne Wortham published her work was the Freeman, a now-defunct libertarian magazine. After reading one of her submissions in the mid-1960s, an editor told her that it reminded him of the writings of black journalist George Schuyler (1895-1977). Schuyler was a political conservative and fierce anticommunist who also wrote satirical novels and cultural criticism and published regularly in H.L. Mencken’s American Mercury magazine.

In my discussions about Mr. Sowell’s legacy with Ms. Wortham, Walter Williams, Gerald Early and others, Schuyler’s name arose more often than either Frederick Douglass’s or Booker T. Washington’s. Schuyler also came up in my conversations with Mr. Sowell. This was not necessarily because he agreed with the positions Schuyler took on this or that issue. Rather, it reflected an appreciation of the example the journalist set in fearlessly challenging, on principle, orthodox thinking on racial matters.

In a review of a collection of Schuyler’s writings, Mr. Sowell called him perhaps “the first black conservative” and “one of the best” besides. “Booker T. Washington may come to mind as a predecessor, but . . . [Washington] was primarily an educator, rather than someone who made his living from his writings, as Schuyler did. Moreover, the circumspection that marked Booker T. Washington’s words, during a particularly bitter and dangerous time for black Americans, was nowhere to be seen in Schuyler’s later witty, cutting and brutally honest writings that took no prisoners,” Mr. Sowell wrote. “His insights were always enlightening, even if his conclusions were not always easy to agree with.”

Mr. Sowell could be describing himself, but even Schuyler was no Thomas Sowell. Schuyler was one of the most prominent black journalists of his day, but by the time he died his star had faded, and today his work is largely forgotten. Even in his prime, which lasted from the 1920s through the 1960s, Schuyler was known almost exclusively for his writings on racial issues. Mr. Sowell, by contrast, has a distinguished body of work in social theory and economic history that is separate from his scholarship on race, culture and inequality. The sheer volume of Mr. Sowell’s writings is surpassed by few contemporaries, black or nonblack. The breadth and depth of his erudition makes the label “black conservative,” however the term is defined, too limiting. His scholarship will be studied and grappled with long after he’s gone.

For his part, Mr. Sowell doesn’t seem worried about his intellectual legacy. When I asked him where he’d made his mark, he said he’ll leave it to others to determine. “One of the things I admire about John Stuart Mill—despite some things I don’t admire—is that he never tried to toot his horn about contributions that he’d made to economics,” he said. “And he made some. There were things that hadn’t been said by his predecessors. But when he wrote his ‘Principles of Political Economy,’ he just blends it all together. His point is to get across a certain unified body of knowledge and analysis to the reader without bothering to say how much of it came from him, how much from [David] Ricardo, how much from [Adam] Smith and so forth.”

Mr. Sowell sees his own work as part of a continuum. In a 2006 letter to Walter Williams, who died in December at 84, he wrote: “Back in earlier years, you and I were both pretty pessimistic as to whether what we were writing would make any impact—especially since the two of us seemed to be the only ones saying what we were saying. Today at least we know that there are lots of other blacks writing and saying similar things—more than I can keep track of, in fact—and many of them are sufficiently younger that we know there will be good people carrying on the fight after we are gone.”

Mr. Riley is a Journal columnist, a senior fellow at the Manhattan Institute, and author of “Maverick: A Biography of Thomas Sowell,” from which this article is adapted. 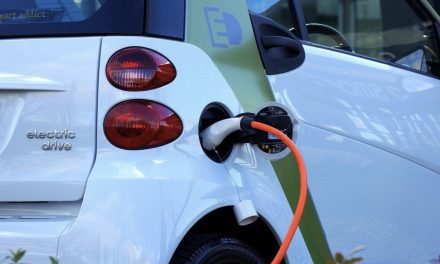 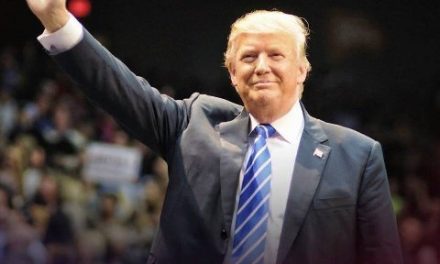