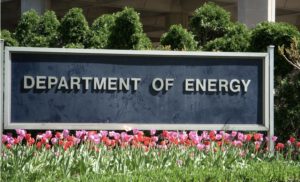 When it comes to the bright idea of allowing people to continue to buy the affordable incandescent light bulbs they want and sometimes need, the National Center and its Project 21 black leadership network were glad to sign onto a public comment submitted to the U.S. Department of Energy (DOE) in support of the government “restor[ing] the statutory focus on consumers.”

In signing onto the Competitive Enterprise Institute’s comment supporting the Trump Administration’s plans to not pursue unreasonable efficiency standards for traditional incandescent lighting, the National Center and Project 21 joined a dozen other free-market organizations including The Heritage Foundation, The Heartland Institute, Committee for a Constructive Tomorrow and Americans for Prosperity.

As part of a 2007 revision of the Energy Policy and Conservation Act of 1975, “successively tighter” energy conservation standards were instituted for household appliances and light bulbs. A new Obama Administration requirement added the “social cost of carbon” (SCC) into the regulatory process.

The application of these new standards in 2012 was most evident in the need for people at the time to switch to the squiggly compact fluorescent light bulbs (CFLs) that are unsafe, unhealthy and inadequate for many consumers’ needs.

Yet the industry found ways to adapt and keep incandescent bulbs readily available, and advancements in technology brought about a better alternative to the CFL in light emitting diode bulbs (LEDs).

But now, with the industry facing the tighter regulation on the traditional general service incandescent lamps (GSILs), there are reasons to abandon the Obama-era regulatory regime. And the Trump Administration has determined that “energy conservation standards for GSILs do not need to be amended.”

CEI’s comment agreed with this decision. It pointed out:

We agree with DOE that an amended standard is not warranted. The agency’s analysis demonstrates that incandescent bulbs cannot be made significantly more efficient without a prohibitive price increase, and thus an amended standard would effectively force them off the market. Furthermore, LED bulbs, despite their growing popularity and market share, do not suit every lighting need, thus consumers are best served by maintaining the existing standard for GSILs which would allow them to remain on the market as well. We also agree with DOE’s decision not to include SCC calculations in reaching their conclusion.

It noted that tighter standards on even improved incandescent bulbs would make them “prohibitively expensive.” This cost increase of an estimated 300 percent would be “no different than an outright ban and lead to LEDs becoming the only viable choice.” And LEDs have a different quality of illumination from incandescents and “are inferior for certain functions such as dimming.”

Consumers are best served by retaining the choice between incandescent bulbs and LEDs rather than regulating incandescents off the market.

Furthermore, harsher regulations just aren’t economical. A DOE analysis cited in the comment reported that “lifecycle costs” on bulbs for “nearly all uses of incandescent bulbs subject to an amended efficiency standard would lose more money than they save as compared to currently available bulbs.”

To read all of the CEI public comment that the National Center and Project 21 joined, click here.

The post There’s Light at the End of the Regulatory Tunnel for Traditional Bulbs appeared first on The National Center.

FAA closes airspace around Area 51 ahead of alien raid event

or Christmas Next Year Can Santa Please Bring a Legitimate Resolution to the Hillary’s Email Crimes and Cover Up? Please!