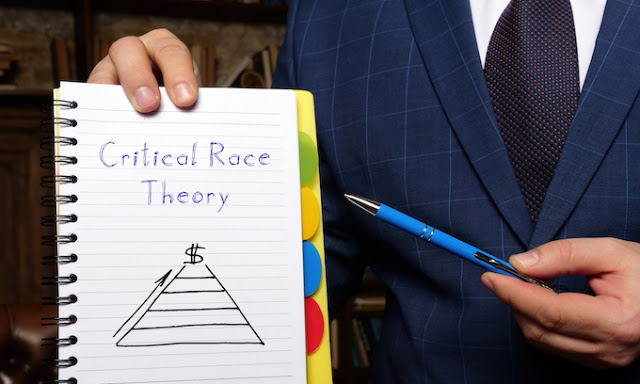 More parents are waking up to the “woke” ideology that is seeping into their children’s classrooms and curriculum. Increasingly, they are speaking up and opting out.

Last week, Andrew Gutmann, a father of a student at the elite, $54,000-a-year Brearley School in Manhattan, wrote a scathing open letter to the school community. He stated that he wouldn’t be re-enrolling his daughter this upcoming academic year due to the school’s singular focus on “anti-racism” efforts that, according to Gutmann, are overtly racist and exclusionary.

“I object to Brearley’s vacuous, inappropriate, and fanatical use of words such as ‘equity,’ ‘diversity’ and ‘inclusiveness,’” wrote Gutmann in his 1700-word letter, which was published on Friday at journalist Bari Weiss’s website.

“If Brearley’s administration was truly concerned about so-called ‘equity,’ it would be discussing the cessation of admissions preferences for legacies, siblings, and those families with especially deep pockets,” the letter continues. “If the administration was genuinely serious about ‘diversity,’ it would not insist on the indoctrination of its students, and their families, to a single mindset, most reminiscent of the Chinese Cultural Revolution. Instead, the school would foster an environment of intellectual openness and freedom of thought.”

“And if Brearley really cared about ‘inclusiveness,’ the school would return to the concepts encapsulated in the motto ‘One Brearley,’” Gutmann concludes. “Instead of teaching the extraordinarily divisive idea that there are only, and always, two groups in this country: victims and oppressors.”

The Brearley School’s headmaster responded to the letter, calling it “deeply offensive and harmful.” But more parents are coming forward to speak up against these initiatives that are rooted in critical race theory, the push to view social and cultural issues through the lens of racial identity and, in particular, power structures related to that identity.

In an article last month at City Journal, Weiss described many of the parents who have come forward from prestigious private schools in major cities to criticize what they see as indoctrination of their children into a leftist ideology of “wokeism.” In an article last week, Weiss shared a letter from a teacher at one of these prep schools who is no longer willing to be silent about this ongoing indoctrination of students.

“As a teacher, my first obligation is to my students,” wrote Paul Rossi, who teaches mathematics at the posh Grace Church High School in New York City. “But right now, my school is asking me to embrace ‘antiracism’ training and pedagogy that I believe is deeply harmful to them and to any person who seeks to nurture the virtues of curiosity, empathy and understanding.”

“‘Antiracist’ training sounds righteous, but it is the opposite of truth in advertising,” Rossi concludes. “It requires teachers like myself to treat students differently on the basis of race.”

Grace Church High School made headlines in March for releasing an “Inclusive Language Guide” that, among other recommendations, urged the school community to become more “welcoming and inclusive” by avoiding words such as “mom and dad,” “parents,” and “boys and girls.”

Opting Out, Building Up

As more parents and educators feel emboldened to speak out against the rising tide of wokeism in their children’s schools, it offers opportunities for change.

Some of that change might come from schools reining in their woke rhetoric if enough parents object, but much of the change will likely come from parents opting out of these private schools for other options. As more independent schools realize there is a market for focusing strictly on teaching and learning without political indoctrination, they will be able to differentiate themselves from schools seeped in critical race theory.

The demand for non-woke education is skyrocketing. Who will meet it?
— Pedro Domingos (@pmddomingos) March 12, 2021

I recently received an email from an Asian mother whose child attends a private school in the Boston area and who is fed up with the school “trying to ‘brainwash’ kids.”

“The social pressure to conform with what the schools define as ‘moral compass’ is enormous and exhausting,” she wrote. “The underground chattering is bubbling and I wonder where the parents would ultimately draw the line and declare enough is enough. I personally feel time may be ripe for more innovative and balanced models to challenge the status quote of the existing learning institutions.”

The demand for non-woke education truly is skyrocketing and it presents a moment ripe for “creative destruction” in the education sector.

The term creative destruction was popularized by economist Joseph Schumpeter in his 1942 book, Capitalism, Socialism, and Democracy,to describe the dynamic process of new business models and organizations replacing outdated or inadequate enterprises. He explained that capitalism is “the perennial gale of creative destruction,” fueled by entrepreneurship and innovation.

But What About Public Schools?

Parent demand may spur the private sector to offer alternatives to woke education through free-market capitalism, but what about the children forced to attend government schools that are much less responsive to market signals? Like many elite private schools, public schools are also embracing woke ideology at alarming rates.

In February, Illinois legislators voted in favor of enacting new “Culturally Responsive Teaching and Leading Standards” in the state’s teacher education programs. These programs must begin to reflect the new standards that focus on “systems of oppression.” Illinois teachers-in-training will be expected to “explore their own intersecting identities,” and become “aware of the effects of power and privilege and the need for social advocacy and social action to better empower diverse students and communities.”

Around the same time the Illinois standards were passed, a group of educators released a document criticizing objective math education as being racist, and called for “dismantling white supremacy in math classrooms by visibilizing the toxic characteristics of white supremacy culture with respect to math.” States like Oregon seem to be taking note.

Ahead of the governor’s veto, The Wall Street Journal editorial board wrote about the state’s proposed ethnic studies curriculum: “This is ugly stuff, a force-feeding to teenagers of the anti-liberal theories that have been percolating in campus critical studies departments for decades. Enforced identity politics and ‘intersectionality’ are on their way to replacing civic nationalism as America’s creed.”

Many parents may disagree with the woke ideology their children are exposed to in schools, or they may simply prefer that these schools focus on academics, not activism. But too many families have too few options beyond a mandatory public school assignment. Expanding education choice policies, as more than two dozen states are currently attempting to do, will enable more families to choose their preferred educational setting.

Private school parents are courageously pushing back against the ideology of wokeism that is invading their children’s schools, and they are using their resources to find or build different learning models. Education choice policies will allow public school parents the same opportunity of exit and innovation.

Kerry McDonald is a Senior Education Fellow at FEE and author of Unschooled: Raising Curious, Well-Educated Children Outside the Conventional Classroom (Chicago Review Press, 2019). She is also an adjunct scholar at The Cato Institute and a regular Forbes contributor. Kerry has a B.A. in economics from Bowdoin College and an M.Ed. in education policy from Harvard University. She lives in Cambridge, Massachusetts with her husband and four children.

Mexico president hosts US AG behind closed doors in capital