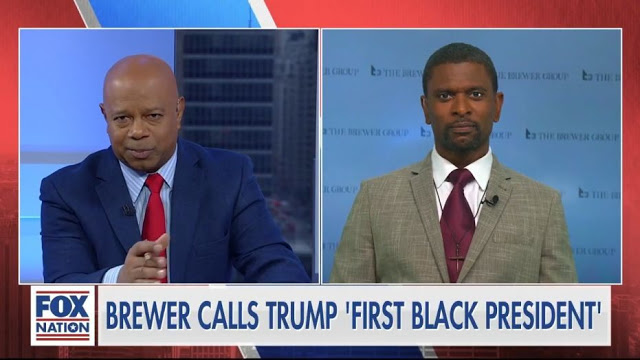 By Jack Brewer | Townhall.com
I never thought, in all my years of serving the most underserved black people on the planet, that I would be called an “Uncle Tom.”

However, that is exactly what happened to me and other community leaders and patriots last week after we attended a Black History Month event hosted by President Trump at the White House.

We were gathered to celebrate the historic achievements that President Trump has secured for black Americans. From resurrecting American inner cities with Opportunity Zones to record-low unemployment, rising wages, criminal justice reform, record-high funding for HBCUs, and fighting for school choice, President Trump has accomplished what Democrat politicians have long promised — and failed — to deliver.

For daring to think differently, CNN’s Keith Boykin slurred me and other attendees as “Uncle Toms.”

I have long been committed to supporting nutrition and education programs, as well as women’s health and pediatric care, which have helped hundreds of thousands of the most underserved blacks on the planet. In my travels, I have seen and learned a lot.

But my real awakening came in 2012, after working as a loyal and motivated advocate for Barack Obama.

At the time, I was devoted to my projects in Haiti, providing much-needed aid to a nation struck by a devastating earthquake and then, a few years later, by the destructive power of a hurricane.

I quickly began to see how the Obama Administration and the Clinton Foundation squandered the $13 billion that was meant to rebuild Haiti’s infrastructure.

Haitians are still suffering, and to this day, no one has been held accountable.

There was no uprising, no moral outrage at this miscarriage of justice in the poorest nation in the West and the first Independent Black Nation.

In 2014, I had another revelation. The president that I voted for twice was approaching the end of his presidency and had still done nothing to pass real criminal justice reform. I then learned that his vice president was one of the drafters of the 1994 crime bill that systematically incarcerated millions of black fathers.

Then, in 2016, along came a straight shooting New York businessman called Donald Trump.

He asked us, “What do you have to lose?”

I wrote an article prior to the election predicting that Hillary Clinton would not turn out the black vote. I was right. Then, I was targeted.

Over the next two years, I was plagued with SEC audits, investigations, and even a few FBI visits. I spent over $200,000 defending myself, they found nothing, and they disappeared.

Meanwhile, my business and charity suffered — all for the crime of not standing with Hillary Clinton.

I was targeted by the same methods used against other black men who went against the “traditional” way of thinking — men like Martin Luther King, Jr.

So there I was, an invitee of President Trump, in the West Wing to celebrate a brighter future for black communities that finally have the opportunities long promised to us by Democrats. 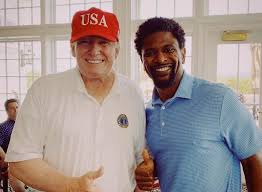 CNN’s Keith Boykin called Dr. Alveda King, the daughter of A.D. King — Dr. King’s brother — an “Uncle Tom.” Dr. Alveda King, who survived the bombing of her home as a child and was jailed as a youth activist for protesting for fair housing, was attacked by a CNN contributor for meeting with the President of the United States.

And he has yet to apologize. He — and everyone who has called me an “Uncle Tom” in the past — cannot say they have done more than I have to aid underserved black communities.

Just like black-on-black crime in our inner cities, this is yet another example of Democrats and the media turning a blind eye.

After years of seeing black babies aborted by the hundreds of thousands, the war against school choice which forced our poor black kids to remain in terrible schools, and the devastation caused by fatherless families and shattered communities, we saw in President Trump a man who keeps the promises he makes.

For this thought crime, we are maligned and smeared by the media.

On this, I expect that “WOKE” culture will, once again, remain asleep.

We will bear the slings and arrows cast at us by those who fear free and independent thought in Black Americans.

We will continue fighting for the oppressed, the poor, and the forgotten.

I wonder how many of those who have smeared us over the last week can say the same.