From 2017 to 2020, our Nation witnessed firsthand a leader, President Donald J. Trump, and his administration that fought for the American people. Giving up was never an option. Instead, driven by fierce tenacity, our country experienced unprecedented success:

In the past 365 days, we watched it all unwind. 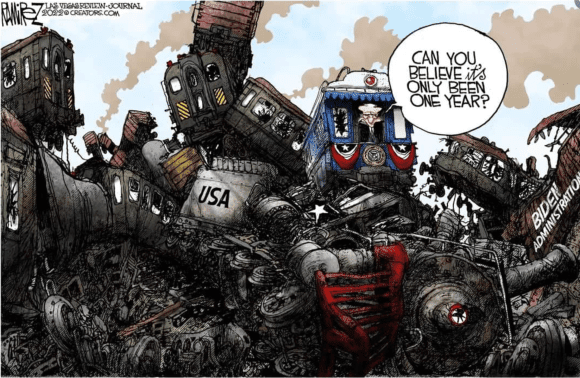 Today, the Biden Administration’s failed border security policies have resulted in the worst self-inflicted crisis on our Nation’s southern border ever. Their failures on the world stage have imperiled Americans’ security, diminished America’s credibility and standing, and destabilized the world in unprecedented ways. 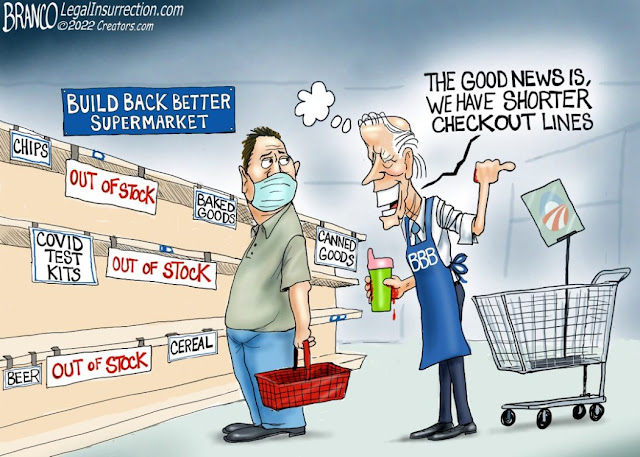 In addition, they took a steadily rebounding economy and have left American workers in the dust and American families struggling with high inflation.

Is America Heading for a Systems Collapse? 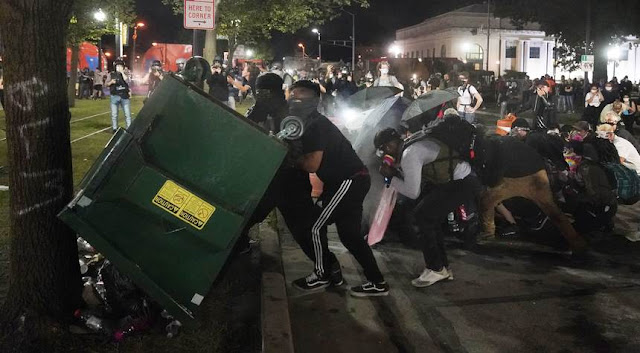 In modern times, as in ancient Rome, several nations have suffered a “systems collapse.” The term describes the sudden inability of once-prosperous populations to continue with what had ensured the good life as they knew it.

Abruptly, the population cannot buy, or even find, once plentiful necessities. They feel their streets are unsafe. Laws go unenforced or are enforced inequitably. Every day things stop working. The government turns from reliable to capricious if not hostile.

Consider contemporary Venezuela. By 2010, the once well-off oil-exporting country was mired in a self-created mess. Food became scarce, crime ubiquitous.

Radical socialism, nationalization, corruption, jailing opponents, and the destruction of constitutional norms were the culprits.

Between 2009 and 2016, a once relatively stable Greece nearly became a Third World country. So did Great Britain in its socialist days of the 1970s.

Joe Biden’s young presidency may already be leading the United States into a similar meltdown.

Hard Left “woke” ideology has all but obliterated the idea of a border. Millions of impoverished foreigners are entering the United States illegally — and during a pandemic without either COVID-19 tests or vaccinations.

The health bureaucracies have lost credibility as official communiques on masks, herd and acquired immunity, vaccinations, and comorbidities apparently change and adjust to perceived political realities.

After decades of improving race relations, America is regressing into a pre-modern tribal society.

Crime soars. Inflation roars. Meritocracy is libeled and so we are governed more by ideology and tribe.

The soaring prices of the stuff of life — fuel, food, housing, health care, transportation — are strangling the middle class.

Millions stay home, content to be paid by the state not to work. Supply shortages and empty shelves are the new norm.

Nineteenth-century-style train robberies are back. So is 1970s urban violence, replete with looting, carjackings, and random murdering of the innocent.

After the Afghanistan debacle, we have returned to the dark days following defeat in Vietnam, when U.S. deterrence abroad was likewise shattered, and global terrorism and instability were the norms abroad.

Who could have believed a year ago that America would now beg Saudi Arabia and Russia to pump more oil — as we pulled our own oil leases, and canceled pipelines and oil fields?

Our path to systems collapse is not due to an earthquake, climate change, a nuclear war, or even the COVID-19 pandemic.

Instead, most of our maladies are self-inflicted. They are the direct result of woke ideologies that are both cruel and antithetical to traditional American pragmatism.

Law enforcement has been arbitrarily defunded and libeled. Police deterrence is lost, so looters, vandals, thieves, and murderers more freely prey on the public.

“Modern monetary theory” deludes ideologues that printing trillions of dollars can enrich the public, even as the ensuing inflation is making people poorer.

“Critical race theory” absurdly dictates that current “good” racism can correct the effects of past bad racism. A once tolerant, multiracial nation is resembling the factionalism of the former Yugoslavia.

The culprit again is a callous woke ideology that posits little value for individuals, prioritizing only the so-called collective agenda.

Woke’s trademark is “equity,” or a forced equality of result. Practically, we are becoming a comic-book version of victims and victimizers, with woke opportunists playacting as our superheroes.

Strangest in 2021 was the systematic attack on our ancient institutions, as we scapegoated our ancestors for our own incompetencies.

The woke have waged a veritable war against the 233-year-old Electoral College and the right of states to set their own balloting laws in national elections, the 180-year-old filibuster, the 150-year-old nine-person Supreme Court, and the 60-year-old, 50-state union.

The U.S. military, Department of Justice, FBI, CIA, Center for Disease Control, and National Institutes of Health until recently were revered. Their top echelons were staffed by career professionals mostly immune to the politics of the day.

Not now. These bureaus and agencies are losing public confidence and support. Citizens fear rather than respect Washington grandees who have weaponized politics ahead of public service.

They sounded off in public fora as if they were elected legislators up for reelection. Some lied under oath. Others demonized critics. Most sought to become media darlings.

This governmental freefall is overseen by a tragically bewildered, petulant, and incompetent president. In his confusion, an increasingly unpopular President Joe Biden seems to believe his divisive chaos is working, belittling his political opponents as racist Confederate rebels.

As we head into the 2022 midterm elections, who will stop our descent into collective poverty, division, and self-inflicted madness? 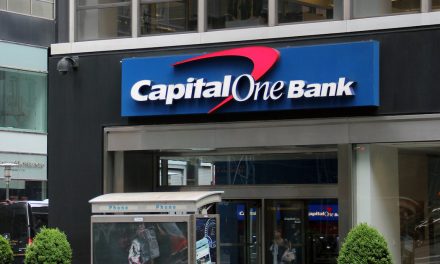 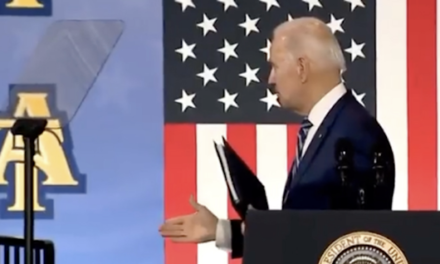