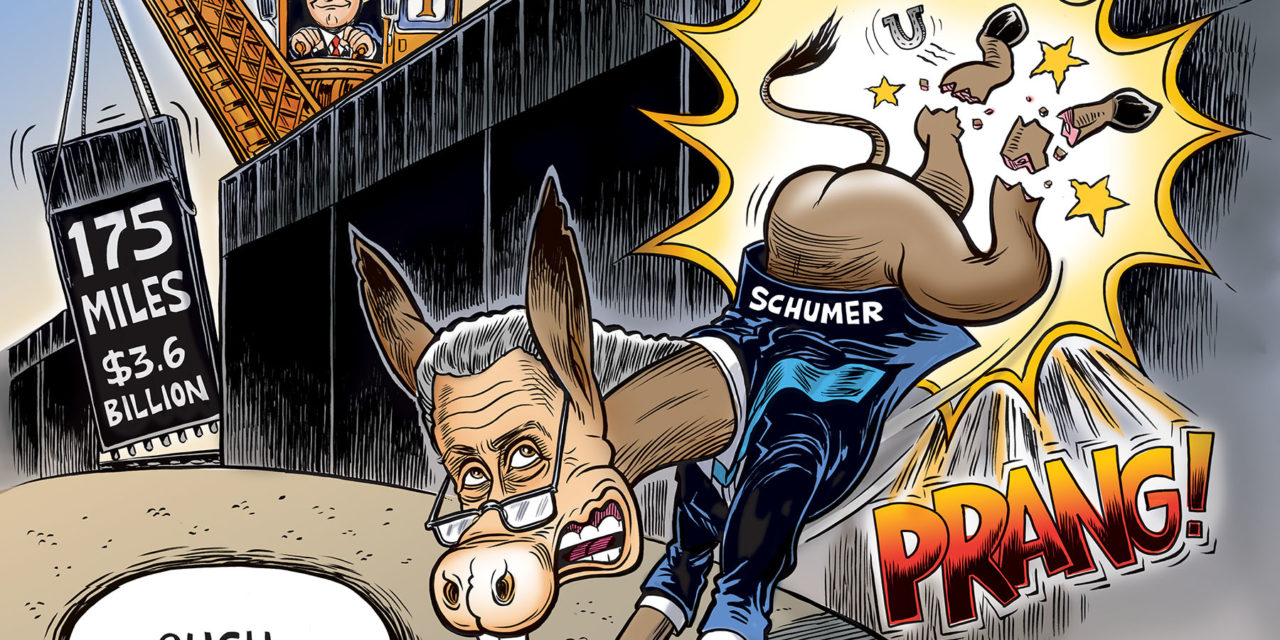 Trump wants to tackle America’s serious problems. We haven’t had a president willing to do that in a long while.

China has taken advantage of the US for years and Trump is the first president to do something about it. He’s becoming more vociferous toward the Federal Reserve. Other presidents since Eisenhower have kicked the immigration problem down the road. Trump is willing to do something about that, too. A southern wall was his cornerstone promise in 2016.

We’re finally going to see real progress on that wall. Trump is taking $3.6 billion from other military construction projects and spending it on a 175-mile stretch of wall. Predictably, many Democrats including Senator Schumer condemned it. Schumer called it a “slap in the face” to members of the military.

Schumer wants porous borders and more illegal votes for his party. However, he doesn’t want open borders for Israel. He’s a dual citizen of that country. He pushed the Senate to pass a $38 billion aid package for his home country—Israel. US taxpayers helped pay for an effective wall around what many consider to be ‘our greatest ally.’  Apparently he doesn’t think the US deserves any sort of barrier that might help keep criminals and terrorists from pouring in unchecked.

The US has a huge military budget. We have countless bases all over the world. Our longest-running war in Afghanistan costs us $45 billion yearly. Getting out of Afghanistan will leave plenty of money for a first-rate border wall in America. Surely we can divert money to protect our borders and protect American citizens, but Schumer doesn’t want anything that makes Trump look successful. He gets a kick out of thwarting our president at every turn.

Schumer is a jackass and a slap in the face to all American citizens who want to see America come first. Shame on you, Schumer. 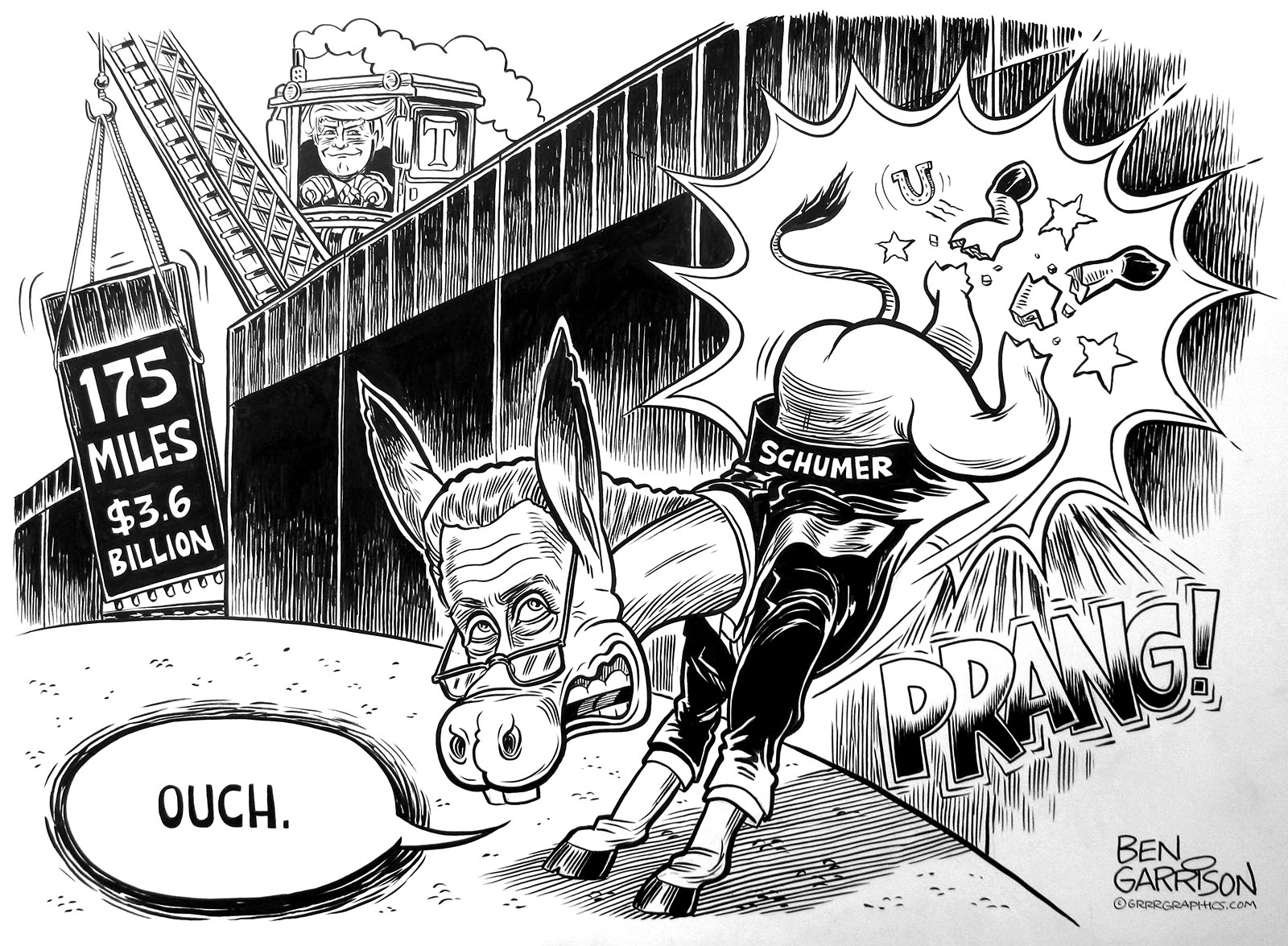 After This Story About a Wife of an Ex-Employee, 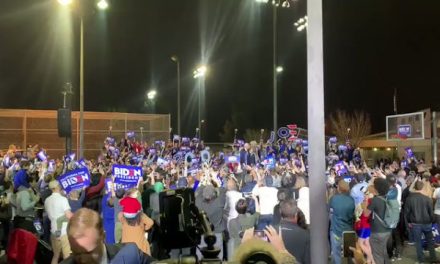