President Biden called Ukrainian President Zelensky to offer transportation for him to evacuate from their Capital city of Kyiv. President Zelensky responded, “I’m here in the ground, we will not lay down our arms. We will defend our state because our weapon is our truth. Our truth is that this is our land, our country, and our children. And we will defend all this… The fight is here; I need ammunition, not a ride.” This is what real leaders do. It was refreshing to see. He is displaying what we have not seen very much of in the western world, courage. For the last two years we’ve been told by our leaders to be afraid, to give up living our lives for fear of a virus. And that fear has torn our country apart as our leaders seek to destroy those who act courageously. Freedom loving people who want to be free to live their lives without government mandates have been vilified and destroyed by those paralyzed by fear, and those who pedal in fear.

We used to be a country built on courage. At the start of the Civil War, the Confederate army was already in Maryland, on the doorstep of Washington DC, and President Lincoln refused to abandon our Capital. He had the courage to stand his ground, and that show of strength emboldened the people to fight for his cause. At the behest of President Zelensky, the Ukrainian people are arming themselves for this fight. They are not running away. They are not surrendering. The contrast in the reactions between President Zelensky and President Biden illustrates why this is happening in the first place. Joe Biden and many of our Western leaders lack the courage to lead, and their weakness invites aggression. Vladimir Putin smells weakness, he exploits weakness.

It is predictable that Joe Biden would advise President Zelensky to run and hide in the face of this invasion. Biden’s lack of courage was on full display throughout the 2020 Presidential campaign, as he hid in his basement for 9 months. Did anyone believe from the way he conducted himself during the campaign that he would be a strong leader with the courage to stand up to someone like Vladimir Putin? But this is what you get when you allow big tech oligarchs to control the political narrative and censor political speech during an election cycle. This is what you get when you expose your election system to fraud. You end up with weak puppet-like leaders who are only concerned with protecting themselves.

Joe Biden will never stand up for America the way Zelensky is standing up for Ukraine. Biden has been selling out America to our enemies for his and his family’s enrichment for decades, so he would never risk his life to defend a country that he helped to corrupt. Every time Joe Biden sold access to the office that we, the American people, entrusted him with, he weakened America. Joe Biden’s inability to take a hard stand against Russia is also a result of him being compromised by the Russians. His son, Hunter, has received millions of dollars from Russian oligarchs in shady and possibly corrupt business dealings. Biden is hesitant to put the screws into Russia because the paper trail most likely leads back to him. This may have emboldened Putin as much as anything, having the goods on the President of the one country that could stop him.

Leaders like Biden only show strength when they are jailing grandmas who trespassed at the Capital, or crushing a trucker convoy, or forcing mandates on kindergarteners, but when it comes to having the courage to take on evil people like Vladimir Putin and President Xi, they shrink away. They disappear. They are too afraid to fight the strong. When Donald Trump put tariffs on Chinese imports, the left and many Democratic politicians were apoplectic. They called him reckless, dangerous, inviting a war. But strength doesn’t invite war, weakness does. That’s why Putin invaded Ukraine twice under Obama, and this time under Biden, but did not make a move when Trump was President.

The people of Ukraine, the Canadian Truckers, Abraham Lincoln, President Zelensky, and Donald Trump all have one thing in common – courage. They are willing to fight for their freedom, fight for their country against a more powerful enemy. And there is one thing that Joe Biden, Justin Trudeau, Vladimir Putin, and leftist thugs have in common – cowardice. They are all bullies, and at the heart of every bully is a coward. They love to beat up on weaker people but will always backdown to strength. That’s why Biden advised Zelensky to run from Putin and the Russians. And that’s why Biden targets parents who speak up at school board meetings, or nurses who don’t want to get vaccinated, but he is too afraid to stand up to Putin.

Joe Biden has placed more sanctions on the United States oil and gas industry than he has on Russian oil and gas production. And he is not going to change those crisis-emboldening policies in light of this invasion. Biden’s sanctions which were supposed to hurt Russia economically are having the opposite effect. They are driving up oil prices around the world which hurts American and European economies, but ultimately helps Putin because they also drive up the price of a barrel of crude oil Putin sells to us, which means everything Putin loses on the front end of these sanctions, he is getting back and then some on the back end.

Justin Trudeau sanctioned the Freedom Truckers for their peaceful protests in Canada, more than Biden has sanctioned Vladimir Putin for invading Ukraine. Trudeau froze the truckers bank accounts and shut down their ability to fund raise through crowd sourcing methods, denying them the resources to continue their protests. Biden could remove Putin and Russia from the international payment system known as SWIFT which would shut down his ability to finance this war, but he lacks the courage to do it. It is the same reason why we never freeze the bank accounts of George Soros, the leading sponsor of domestic terrorism in our country.

Putin, Russia, and other countries are emboldened by our unwillingness to stand up for what is right and stand against what is wrong. We have capitulated to the woke mafia, and it shows up throughout our government. Our military spent the last year training our soldiers to be “woke” while Russia has been preparing their military for war. Our leaders told us that the biggest threat to America was “domestic terrorists”, not countries like Russia or China. We spent more time tracking non-violent American citizens than deterring Russian violent expansion. When Putin sees us allow BLM and Antifa thugs to terrorize our cities, violent criminals to walk free, 2 million illegal aliens enter our country unabated, drug cartels to poison our communities, and climate activists to dictate our energy policy without a fight, he knows we no longer have the courage or the will to stop his aggressive expansion throughout the free world. 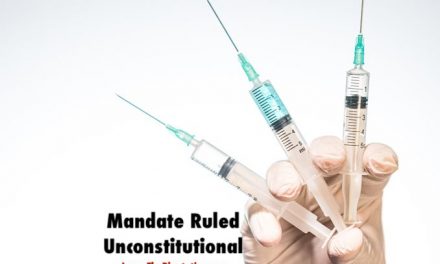 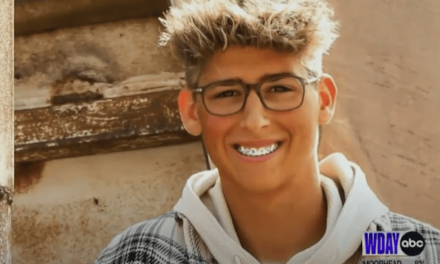 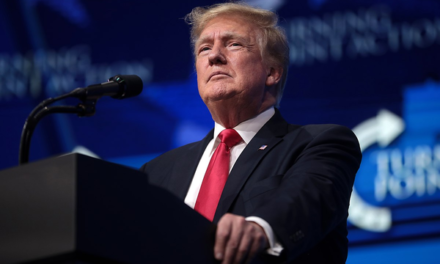 Why Trump Must Run 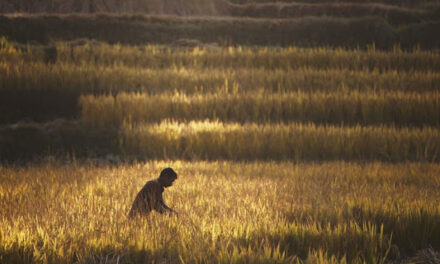 The Thinnest Veneer of Civilization