US MUSLIM WOMAN says: “Christmas is offensive to Muslims and it is ‘Islamophobic’ to celebrate it

BURQA-CLAD AMERICAN MUSLIM WOMAN says: “Christmas is offensive to Muslims and it is ‘Islamophobic’ to celebrate it or even acknowledge it” NOVEMBER 10, 2019 BY BARENAKEDISLAM This goes along with a popular Muslim cleric who declared that “saying ‘Merry Christmas’ is worse than fornicating, drinking alcohol, or killing someone. (see second video) She explains why Muslims believe the West is evil (yet they continue to flock here in droves), because it is based entirely on Christianity which is against Islam. She says they believe in Shari’a and the whole idea of Christmas is blasphemy and Muslims must not accept it….

Democratic Party, In America The Citizens Choose Our President – Not You 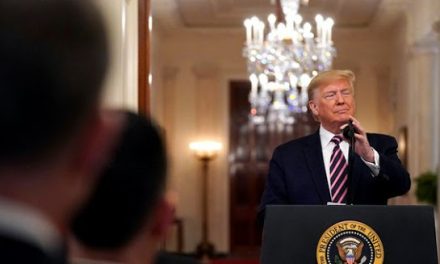