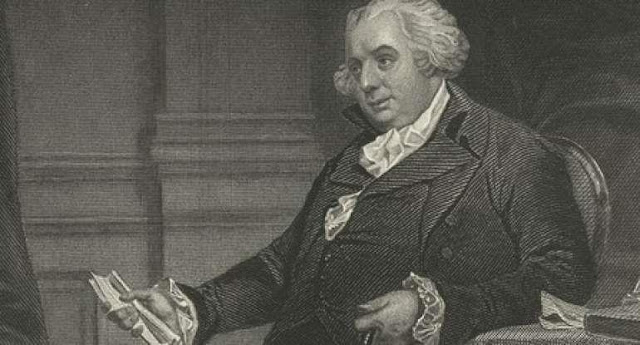 BY
Gouverneur Morris, 1752-1816 (Artist Alonzo Chappel, public domain.)
We need to rediscover America. America isn’t the largest country in the world. We don’t have the most people or the most homogeneous culture. So why have there been more American Nobel Prize winners than from any other country? Why do Americans consistently lead in medical innovation? Why is our entertainment culture so dominant worldwide? Why did we get to the Moon first, and why did we build the Hubble and the other Great Observatories?
Americans led because we’re free to think and create. But we’re in danger of losing this freedom by losing our history. The consequences of forgetting where we came from and how we got here could be catastrophic. It’s leaving too many Americans skeptical of or even disliking our own country — and not understanding or even believing in the freedom that empowers Americans to lead the world.
Misinformation about slavery is the most conspicuous case in point at the moment. The broadly defined left, misinformed by Howard Zinn and Marxists in academia, now believes that the United States was wickedly founded not on the noble ideals of individual freedom written down in the Declaration of Independence and codified in the Constitution, but on slavery, white supremacy, and exploitation. They distrust the Constitution and figuratively spit on the founders’ flag. The New York Times’ 1619 Project is intended to make more Americans believe this lie.
To believe this neo-Marxist line about America one must ignore the facts (and Marxism’s brutality and failures). One must ignore Thomas Jefferson’s attempt to persuade King George III to stop the slave trade in 1772. Four years later, when Jefferson was writing the Declaration of Independence, he included the king’s failure to ban the slave trade as one of the colonies’ grievances sparking revolution, a clause that was deleted to keep Georgia and South Carolina in the revolution.
The Declaration of Independence can be understood as the “why” of America. It’s the document that sets out our purpose as a nation. The Constitution is the “how” — the blueprint.
The principal author of the Declaration of Independence, Thomas Jefferson, opposed slavery at the time of the founding. What about the author of the Constitution? Gouverneur Morris wrote most of the Constitution including its famous Preamble:
We the People of the United States, in Order to form a more perfect Union, establish Justice, insure domestic Tranquility, provide for the common defence, promote the general Welfare, and secure the Blessings of Liberty to ourselves and our Posterity, do ordain and establish this Constitution for the United States of America.
Morris took part in the debates while drafting the Constitution, delivering more than 170 speeches. He spoke out forcefully against slavery, calling it a “nefarious institution” and a “curse.” He also highlighted the contradiction inherent in founding a nation on individual freedom while at the same time treating human beings as property.
Upon what principle is it that the slaves shall be computed in the representation? Are they men? Then make them Citizens & let them vote. Are they property? Why then is no other property included? The Houses in this city (Philada.) are worth more than all the wretched slaves which cover the rice swamps of South Carolina.
The admission of slaves into the Representation when fairly explained comes to this: that the inhabitant of Georgia and S. C. who goes to the Coast of Africa, and in defiance of the most sacred laws of humanity tears away his fellow creatures from their dearest connections & dam(n)s them to the most cruel bondages, shall have more votes in a Govt. instituted for protection of the rights of mankind, than the Citizen of Pa. or N[ew] Jersey who views with a laudable horror, so nefarious a practice.  He would add that Domestic slavery is the most prominent feature m the aristocratic countenance of the proposed Constitution.
Eleven years earlier, during the Revolutionary War, Morris helped draft New York’s state constitution. He defended religious freedom, defended private property ownership, and opposed slavery. He also set out the idea that consent of the governed should be the basis for government. All of these ideas, save one, made it into the United States Constitution. Slavery remained legal, again as a compromise to keep the 13 colonies together while they faced off against the best-trained military in the world.
Morris led a fascinating life. Unlike many other founders, he did not own slaves but did evidently purchase two and freed them, binding them to fixed indentures and paying them wages. He founded a school for freed slaves and worked for the abolition of slavery after the revolution. He later served as President George Washington’s representative in France and succeeded Thomas Jefferson as ambassador, a post from which he was an eyewitness to the French Revolution and the Reign of Terror. He doubted the success of the French Revolution as it turned violent and destroyed individual and religious freedom, accurately predicting it would end in tyranny.
The principal authors of both the Declaration of Independence and the Constitution, Thomas Jefferson and Gouverneur Morris respectively, believed in individual freedom and opposed slavery. Jefferson did own slaves and seemed to lose heart in the fight against slavery in his later years. Morris didn’t. Neither man was perfect. Neither are we and neither are any of the judgmental wokescolds. Marxists are the last people anyone should ever listen to, on American history or any other subject. Socialism is just another form of slavery, and its proponents are wrong about everything.
Bryan Preston is the author of Hubble’s Revelations: The Amazing Time Machine and Its Most Important Discoveries. He’s a writer, producer, veteran, author, Texan, and conservative strategist.
https://pjmedia.com/news-and-politics/when-the-author-of-the-constitution-denounced-the-curse-of-slavery/?utm_source=pjmedia&utm_medium=email&utm_campaign=nl_pm&newsletterad=&bcid=227841a8b1ca836b99e21ea36efa6859&recip=28551147 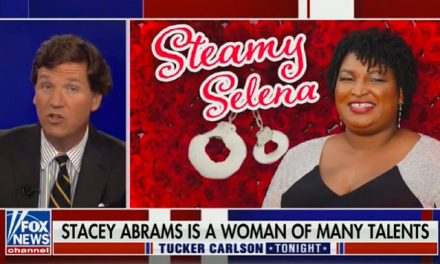 Ahab Nadler and The White Whale