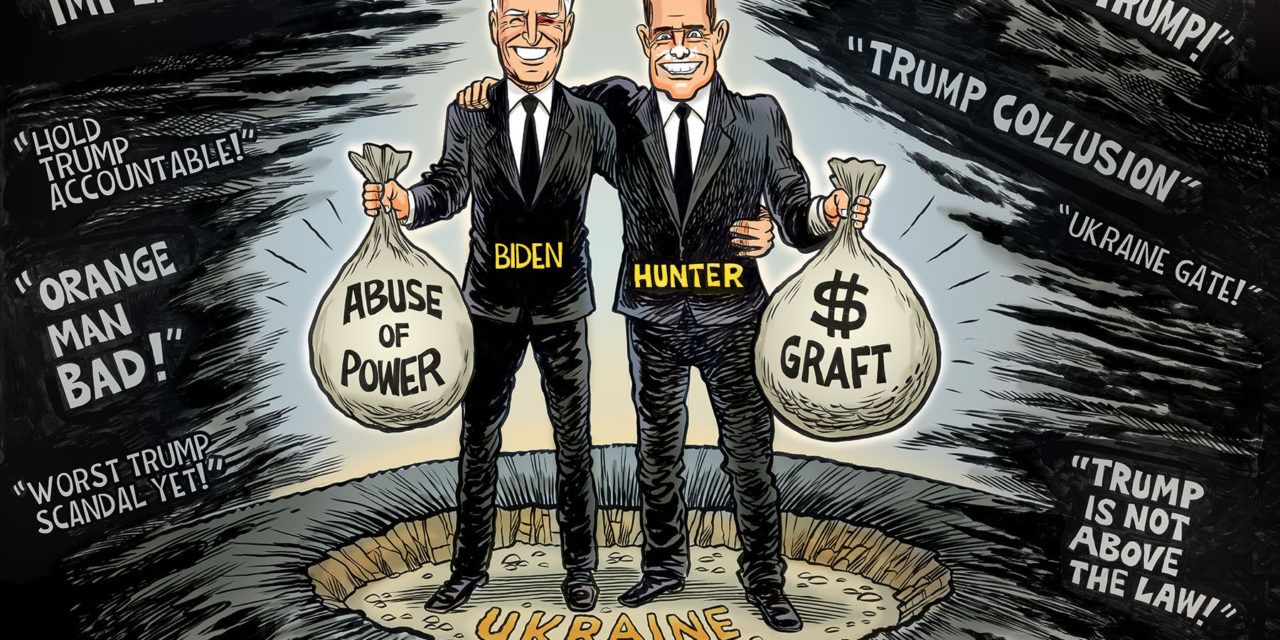 Joe Biden’s son, Hunter, was appointed to the board of Burisma, Ukraine’s leading energy producer.

Hunter was a given a large salary even though he knew nothing about the business. Biden was kicked out of the Navy Reserve in 2014 for repeated cocaine abuse. Shortly thereafter that he got the Burisma position. A crack pipe was found in Hunter’s rental car in 2017. When Burisma faced investigation for corruption, Joe bragged that he got the prosecutor fired. He threatened the country by saying he was going to see to it that Ukraine would not receive a billion dollars in loan guarantees from the U.S.

Since Joe is part of the Deep State, he knew he was protected. Like Hillary and Obama, he probably felt he could do as he pleased without worrying about the consequences.

The corporate media always downplayed or remained silent about corruption involving leading Democrats. Obama’s administration was the most corrupt administrations in our history, and his media protected him at every turn. Whistleblowers were ignored or prosecuted. We all know that Hillary sold her political office for Clinton Foundation donations. It was known as ‘pay-for-play.’ She’s a sociopath and arch criminal–but she’s favored by the Deep State Illuminati, so she gets away with everything. She too received protection and endless accolades from the Democrat media.

Now that media is pouncing on Trump for a perceived scandal that does not exist. They are fanning non-existent flames in order to launch another seditious investigation, when the real crook is Joe Biden.

When their anti-Trump smoke clears, perhaps everyone will see more clearly Joe’s own pay-for-play schemes. It should end his campaign for president.

Thank you- we draw for you!