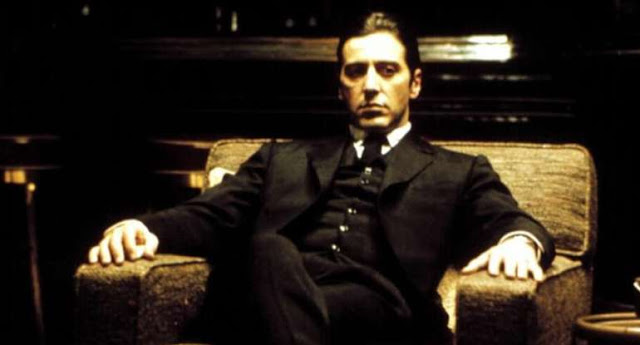 BY
Still from “The Godfather: Part II” courtesy of Paramount Pictures
Before we get started, let me assure you I’m no conspiracy theorist. The moon landings were not faked, chemtrails are a delusion, 9/11 was not an inside job, Detroit did not hide a 100 mpg carburetor, the Holocaust happened, and JFK was shot by Oswald alone.
But with today’s news that the FBI is now investigating two broken surveillance cameras from outside Jeffrey Epstein’s prison cell, I have to ask: Who gave him the Frankie Five Angels Treatment?
A quick rundown of the facts, from well outside the paranoid fringe.
Epstein was back in jail on underage sex and sex-trafficking charges, years after his slap on the wrist as a convicted pedophile. His Caribbean estate was located at a tiny place sometimes known as “Pedo Island,” and served as a getaway spot for D.C. and Hollywood elites.
Many were whisked there by Epstein personally on his private jet, nicknamed “The Lolita Express.” Epstein’s guest list included, but was not limited to, Bill Clinton, Kevin Spacey, Prince Andrew of Great Britain, actor Chris Tucker, former Treasury Secretary Larry Summers, supermodel Naomi Campbell, and lefty billionaire Ron Burkle.
Report: People Close to Epstein Think Accused Sex Trafficker Was Murdered
It isn’t known if any of the above had anything to do with Epstein’s stable of underage victims, or if they were even aware that any of the girls were underage. And I’m certainly not suggesting that Prince Andrew hacked into the prison’s security system, snuck inside Ethan Hunt style, then assassinated Epstein in such a way as to make it look like a suicide.
Although on reflection, that would make a pretty great sequence in the next “Mission: Impossible” movie.
But we can say for sure that an awful lot of famous and even powerful people had to be squirming like a worm on a hook when news broke that Epstein had been arrested again under fresh — and more serious — charges?
Here are a few other things we know for sure:
• Epstein had been removed from suicide watch, despite having attempted suicide once before just two weeks prior to his death.
• His cellmate had been reassigned, leaving Epstein alone just one day before killing himself.
• Two guards in Epstein’s jail unit “slept through checks and falsified records” the night of his suicide. They were supposed to check on him every 30 minutes.
• While the guards were busy catching Z’s for three hours, there was not one but two broken security cameras outside his cell. The FBI is “investigating.”
Had any one of these four event not happened, Epstein might have been caught in the act, and his suicide prevented.
Instead — all within the same day — Epstein had his cellmate taken away, was put under the watch of two Sgt. Schultzes, and had both surveillance cameras malfunction… and all that happened within days of his removal from suicide watch.
Attorney General William Barr looked into it and found that there were “serious irregularities” at the federal jail in Manhattan.
Ya think?
Earlier I mentioned Frankie Five Angels, but you might know him better by his given name, Frank Pentangeli. Frank had been a capo, or captain, in the Corleone crime family in the “The Godfather: Part II.”
As a high-ranking member of Michael Corleone’s outfit, Pentangeli knew pretty much all of Mike’s dirty secrets. Frank even knew that it was young Mike himself who had killed NYPD Captain Mark McCluskey (in “The Godfather: Part I”). So when Pentangeli wound up in FBI custody, the Corleones would do most anything to keep him quiet.
Near the end of G2, Corleone family lawyer Tom Hagen (Robert Duvall) visits Frank in prison, and has a little chat with him.
It’s a chillingly understated scene, and I’ve always thought that Michael Gazzo (as Frank) deserved the Best Supporting Actor Oscar over costar Robert De Niro (as young Vito Corleone in the flashback sequences).
Hagen twists the conversation so that Frank suggests his own suicide, as though it had been his idea all along.
Watch as two fine actors ply their craft with sublime precision:
https://youtu.be/Q4xoF19NMis
It seems doubtful in the extreme that, say, Bill Clinton went to the Manhattan federal jail and had a similar chat with Epstein.
But given the facts that we do know, it sure as hell looks like someone or someones made sure that Epstein would have a wide-open window of opportunity to kill himself, on the off chance he was still leaning in that direction.
The hint, delivered in the form of missing guards and plenty of alone time, was no more subtle than Hagen mentioning what happened to those caught plotting against the emperors of Rome.
Or maybe I’m the one who has gone off the deep end, and ought to start wearing a tinfoil hat as I scan the skies for chemtrails — but it sure doesn’t feel that way.
Experts: Broken Bones in Jeffrey Epstein’s Neck ‘Are Common In Victims of Homicide by Strangulation’
https://pjmedia.com/vodkapundit/who-gave-jeffrey-epstein-the-frankie-five-angels-treatment/?utm_source=pjmedia&utm_medium=email&utm_campaign=nl_pm&newsletterad=&bcid=227841a8b1ca836b99e21ea36efa6859&recip=28551147 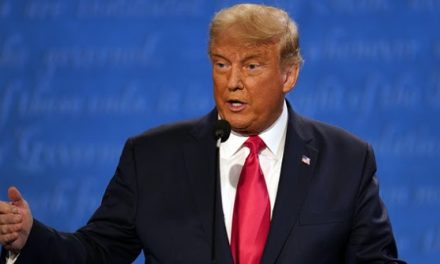 Can Rights Be Taken by Force? (REAL Americans Don’t Think So)