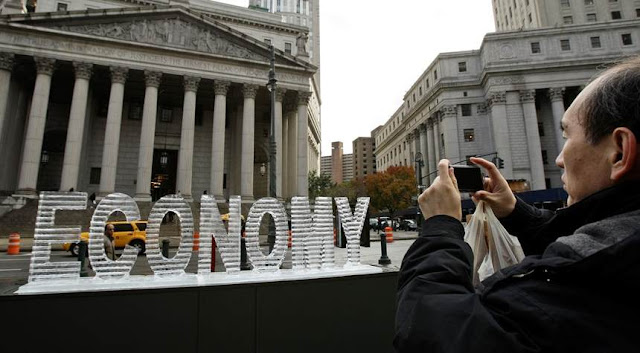 Republicans have had a serious problem with Black voters since the 1960’s. The migration from the Republican Party to the Democrats began during the New Deal when Republicans were associated with the Great Depression, and the slide continued to the point that Democrats could–for 50 years–routinely count on getting over 90% of the black vote.

Prior to the 60’s Republicans were competitive–and for obvious reasons. Abraham Lincoln was the first Republican president, and the first Blacks to get elected to federal office were all Republicans. Democrats were the party of the KKK and the segregationists, and all the evil villains of the Civil Rights Era were Democrats.

Eisenhower sent the National Guard out to enforce desegregation, and Nixon was very friendly with Martin Luther King Jr. in the 50s. Yet everything started to fall apart in the 60’s, and by 1968 Nixon had written off the black vote and it has never come back. Many accounts claim that the turning point was Kennedy’s call to Coretta Scott King during the 1960 campaign, commiserating with her about Martin Luther King’s imprisonment for activism. Nixon worked behind the scenes to get King freed, but Kennedy actually reached out personally.

It worked, and black voters moved to the Democrats.

Black voters now form the backbone of the Democrat coalition, far ahead of white women in importance. The gender gap is tiny compared to the racial gap. Republicans have tried (not enough) and failed (inevitably) to make a dent in the margins Democrats get from black voters. Nothing much has worked. Democrats can count on the black vote. At least they could.

In their defense, Republicans have a problem appealing to black voters: we don’t believe that race should be an important issue, so it is difficult to make a big pitch to any group of voters by promising them special perks. Democrats, on the other hand, love dividing up the population into affinity groups, and both promise the moon to all sorts of demographics while simultaneously scaring the bejeezus out of voters about the evil Republicans and our nefarious plans.

That strategy has worked for Democrats for decades, but its appeal may be fading. Black voters have noticed that they are reliably loyal to Democrats, but their loyalty has yielded few actual dividends save for the black “leaders” who make bank from the relationship.

Are times changing? It is too early to be sure, but there are signs that they may be. No political coalition lasts forever, and as Democrats have put a lot of eggs into the white suburban women and college educated youth baskets, the black voter basket seems to be getting a bit lighter.

Once upon a time in American politics, the Democratic Party enjoyed the overwhelming support of the Black community. Left-leaning candidates routinely won over 90 percent of the Black vote.

The times, they are a-changing.

African Americans are becoming increasingly disillusioned with the Democratic Party, and this is no longer just something you hear in the barber shop or church pews. It’s showing up in the polls—in a significant way.

A recent Washington Post/ABC News poll revealed that while African Americans still support Democrats by clear margins, the percentages have declined significantly. When asked which party they intended to support in the upcoming congressional elections, 79 percent chose Democrats, while 18 percent indicated they would vote for a Republican candidate.

Going from 90% of the black vote to 80% is a big hit to take, given how many close elections there have been in recent years.

A recent Washington Post/ABC News poll of black voters showed that if the 2024 presidential election were held today, 70% would support Biden while 23% would support Trump.

These numbers are, to say the least, disturbing for Democrats. All their electoral plans are built upon the idea that their base vote is solid, and the most solid part of their base vote is black voters. Without them, their coalition for victory collapses.

There are a number of reasons why this slow migration is happening, and even more reasons to suspect that the trend may continue. Jeff Charles has one argument:

In the two years President Biden has been in office, he managed to double Trump’s support with Black voters. That’s quite a feat.

The fact of the matter is that the Left is losing its hold on Black and Hispanic voters. The Democratic Party has shown that it is unable or unwilling to address the concerns average Black Americans have. Worse, the Left has been actively alienating what has historically been one of its most cherished voting blocs.

Whether it’s on crime or immigration or the economy—top concerns for Black Americans—the Democrats have been falling short, again and again and again. The positions they take—Defund the Police, open the border and welcome in migrants, climate extremism that raises the price of everyday goods—seem to conflict directly with the interests of our community.

This is especially true when it comes to Black men. And when it comes up, those who represent the Democrats take to scolding the people they have left behind. And it only exacerbates the situation. No one wants to be lectured to—especially not by rich pundits and politicians who don’t have our best interests at heart. As Dr. Jason Nichols recently put it, Black men feel they are spoken about by Democrats, rather than spoken to.

I think Charles is correct about this part of the equation. Democrats count on black voters, but black voters can’t count on Democrats when it comes to the bread and butter issues that matter to them. For decades now the Democrats have treated blacks as an important voting block, but not as actual human beings. They are a group to be pandered to, but not people who are owed actual respect. People do notice when they are treated as faceless and interchangeable.

There is another piece of the puzzle though, and it is that which inspired me to write this post: a lot of black people are waking up to the fact that they have been lied to by Democrats about the alternatives they have. Republicans, many are discovering, are not the ogres we have been described as.

Adam Coleman had a thread on Twitter and a post on Substack that really hit home for me. He described his journey from Democrat to conservative.

I’ve lived around people of different races and political beliefs but it was incredibly rare that someone ever held racial animus toward me.

When I left the mainstream liberal media bubble & started listening to right-wing media to understand what they want, I became more aware of the world around me than ever before. Without the filter, I got to hear what conservatives actually believe & it’s not what I was told.

I removed my bad-faith preconceived notions and just listened to what they had to say but even more important, watched their actions based on their rhetoric. I have some disagreements but I understand them far better than I had previously.

Recently, an interviewer asked me about this political hurdle of “conservatives are racist” and my experience with it. I gave him an example of when I was invited to attend Turning Point’s “Americafest” last year.

For a couple of days, I was at this conservative conference, everyone I spoke with was courteous and supportive and I felt completely comfortable. I didn’t have people stare at me or give me the feeling that I wasn’t welcome. Actually, quite the opposite.

The speakers that I saw on stage preached the importance of family, wanting smaller government, holding Republicans in office accountable, and their unwavering love for America despite our political gripes.

Coleman’s journey may be unique, but similar journeys have been taking place by the thousands and perhaps millions. And the catalyst for Coleman’s awakening is, ironically, his realization that the mainstream media has been distorting reality. With the self-destruction of the media may come, ironically, a liberation of millions who for too long have trusted it and the Narrative™ they and the Left have been hawking:

The elitist media propaganda made me overlook my real-life experience. The people who I would identify as conservatives today were actually my neighbors in small-town America and were generally kind to me, I just didn’t know their politics but I recognize their behavior & ideals.

It very well could be that it is not the rather weak political outreach of Republicans to black voters that may open up new opportunities for us to make inroads with non-white voters. It may, instead, be the self-destruction of the MSM and the incompetence (or worse) of the Democrat Party who help us get there.

The collapse of the Narrative™ for black voters may accomplish what no amount of outreach by Republicans ever could. Democrats are revealing themselves to be liars, incompetents, and even nefarious actors who have been selling out black voters and all Americans for their own ends. In revealing themselves to be frauds they may be incidentally freeing voters who have been for too long been politically chained to the Democrats.

That would be great for black voters, and great for the Republican Party. 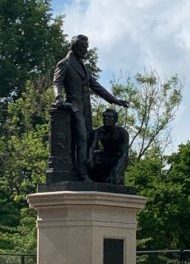 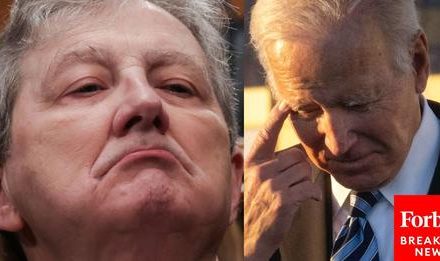 ‘I Wish I Didn’t Have To Give This Talk…’: John Kennedy Unleashes On Biden On Senate Floor 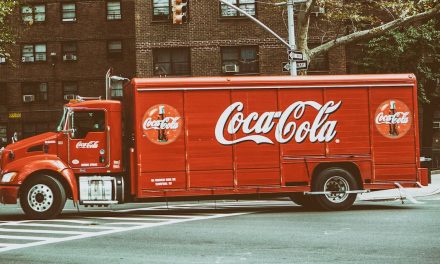