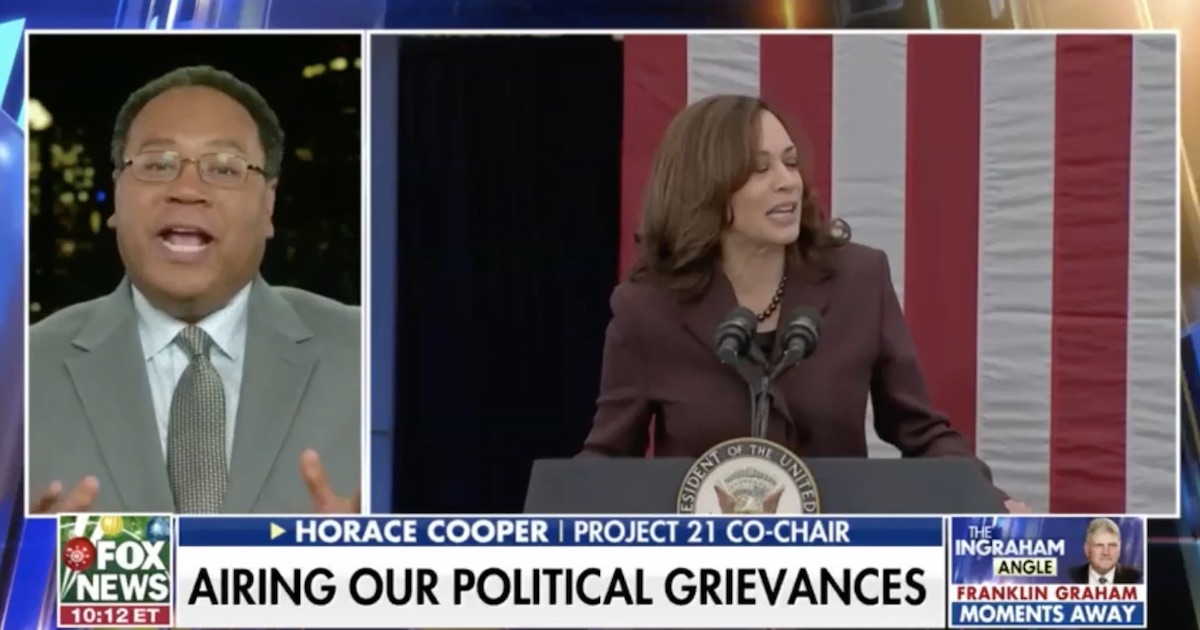 And amidst the lightheartedness, Horace shared his Christmas wish for more freedom in the year to come.

The Grinch for this season has been Vice President Kamala Harris, who most recently has even turned on the liberal media. With her approval rating among the American public in free fall,  the New York Times reported that Harris is playing the race card, privately telling media sources they are treating her differently – meaning worse – than her white, male predecessors.

Asked by Arroyo to assess the vice president’s greatest nemesis – “is it racism or sexism” – Horace suggested Harris actually look in the mirror for the source of all her problems:

I wish that, as we enter 2022, the people like our vice president and other Americans actually took responsibility for their actions.

You know, it’s said that if you’re digging a hole – and you’re down to 28% approval rating – maybe you should stop digging. Maybe you should reverse course.

And for Harris and these other offenders of Americans’ basic sensibilities, Horace noted there is a chance at redemption:

Arroyo also brought up the curious spread of COVID in Congress. The most recent outbreak, he pointed out, seems to be “breakthrough” cases in which the lawmakers who are fully vaccinated and boosted – and the loudest proponents of mandates and restrictions – are the ones reporting positive tests for it.

Amid all of this confusion and controversy, Horace warned that the way Congress is dealing with COVID could fundamentally change the way government operates, and that is not in the best interest of the nation:

Congress, you know, has set up some of the most restrictive policies possible as part of this so-called COVID regulation. And it’s not working.

One of the most serious ones – one that I think our Founders would be very concerned about – is this vote-from-home. It’s already light work as it is to be a member of Congress. Now you don’t even have to show up… you just send your message in, you just send your vote in.

But all of this, he said, is being noticed by the American people. Lawmakers know it, and it will have a profound impact on the future composition of Congress:

[T]here is a reckoning coming.

And just look. You see the COVID numbers exploding. But I’m watching the number of retirees, the resignation announcements that are occurring. They’re running like scolded dogs, as we would say here in Texas.

As for what Horace would like to see in the new year, he said that the courts can return some sanity to what’s going on. That is what he wishes for this holiday season. As the segment took a serious turn, Horace said:

I wish that our courts were a lot more sympathetic to the liberty interests of the American people.

Instead of waiting and delaying, they should just boldly announce [that] these actions, these mandates, these interferences of your rights and your freedoms are unconstitutional and get it over with!

And he reminded Arroyo, Schlapp and viewers that, despite the segment’s humorous tie-in to a “Seinfeld”-created holiday, “[t]his is a time to celebrate the greatest gift of all.” 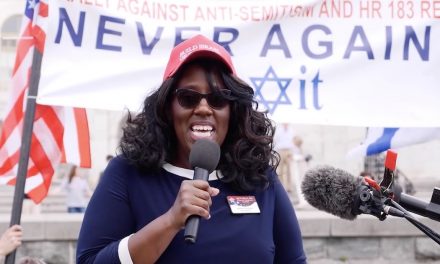 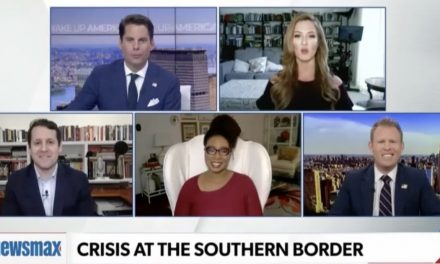