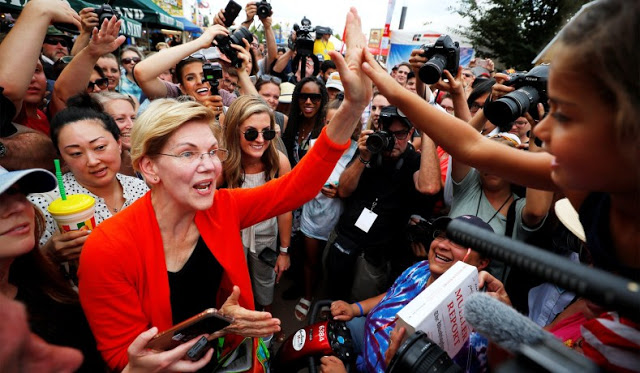 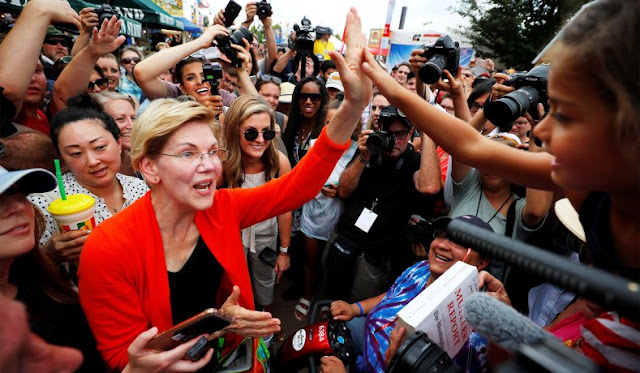 Sen. Elizabeth Warren high-fives a girl at the Iowa State Fair in Des Moines, Iowa, August 10, 2019. (Brian Snyder/Reuters)
Senator Warren’s proposal would hit fortunes above $50 million with a 2 percent annual wealth tax. Fortunes above $1 billion would be taxed annually at 3 percent.
Why is this a bad idea?
I discuss the senator’s plan in my latest Bloomberg column:
Warren’s wealth tax would be an abuse of government power. It is the tax-code equivalent of looting mansions. What is wrong with the way these 75,000 families made their money? Why should we have special tax rules for a tiny fraction — 0.06% — of households?
Paying taxes is not a punishment, and the tax code should not be used to penalize any group of citizens. Not even the very rich.
MICHAEL R. STRAIN is the John G. Searle Scholar at the American Enterprise Institute. @michaelrstrain
https://www.nationalreview.com/corner/zero-cheers-for-warrens-wealth-tax/ 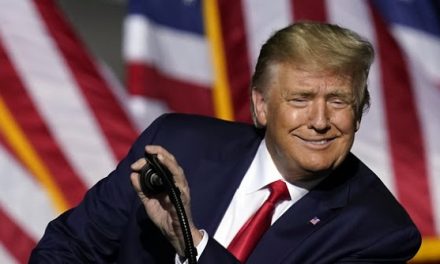 The American Dream Is Still Alive

Time to Focus on Solutions