Two Project 21 members are featured in a Daily Signal collection of comments from 19 black Americans who explain why they are conservative.

The Daily Signal is The Heritage Foundation’s news website.

I am a conservative because I have tasted and spit out the depressing, self-defeating ideologies and fruits of progressive liberalism.

Long before I knew I was a conservative, I was acting upon and living my life by conservative principles.

Despite my poverty and lack as one of 12 children growing up in rural indigence, I still believed I could make good things happen, and that I was not destined to remain poor.

I married at 16, started a family, and eventually earned a high school equivalency after having dropped out of school after completing the eighth grade.

Next came a divorce and my entry into a community college, where I earned the first of five college and university degrees. A brief stint on welfare after my divorce convinced me of the need to get an education so I could get a “good” job.

It never occurred to me as I was studying, working, and raising my children that the world was stacked against me or that it owed me a better break because of my race, impoverished roots, female gender, or family status.

It would take graduate school and studies of oppression to reveal to me that people from my background were doomed to poverty because of oppression and systematic racism. Fortunately, I was successful and thriving before I heard these depressing messages.

I always have been a strong individualist who rejects groupthink and questions the behaviors and thought patterns of those around me. Today, I am a conservative because I believe in God, country, and nation.

As a Black child in the rural South, I knew I lived in the greatest country in the world, and I took pride in being a Virginian because my state was the home of presidents. Slavery, Jim Crow, racism, and other realities of the Black experience never defined or crippled me.

Conservatism offers hope and encouragement to those willing to avail themselves of opportunities.

There are many reasons to embrace conservatism. Perhaps one of the chief reasons for making this choice is that one may embrace and pursue his or her own destiny and develop a sense of pride in individual accomplishment. This is a very important aspect if one values his or her sense of personal responsibility and seeks prosperity.

Conservatism allows an individual to excel beyond the dependency and imposed reliance forced upon him by the government, and gives one the desire to work toward greater life goals.

Conservatism… brings one to a point of satisfaction for the accomplishments of life, and creates a deep desire to work harder, not unambitiously.

I choose to determine my own destiny and to illustrate to my posterity sound economic and life principles that will help them become successful in life, and not become wards of the state.

In short, conservatism works for everyone.

The post Conservatism Brings “Hope and Encouragement” to Black Conservatives appeared first on The National Center. 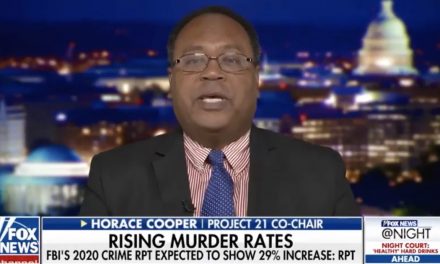 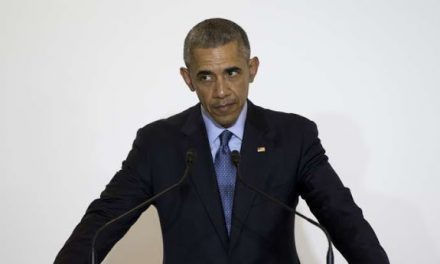