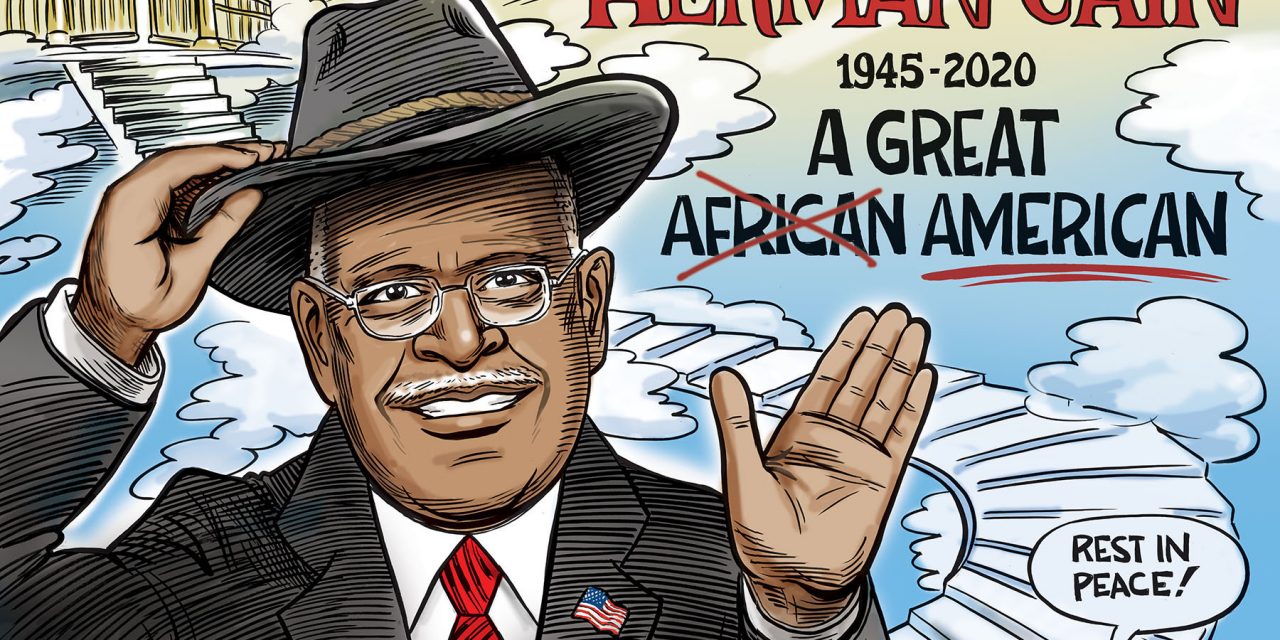 Herman Cain was a successful businessman and conservative who ran for president in 2012. He also happened to be black. He passed away this week—allegedly from COVID-19. I’m suspicious of this. The medical tyrants love to promote their virus as the cause of death to any prominent conservative.

I remember Cain did well during his presidential bid and I liked him, but I was supporting Dr. Ron Paul. I also liked Cain’s snappy suits and especially the hats he wore. However, one thing in particular stands out in my mind. It’s this quote where he states he’s an American, not an ‘African American.’

“I am an American. Black. Conservative,” he said, punctuating each aspect of his self-identity. “I don’t use African-American, because I’m American, I’m black and I’m conservative. I don’t like people trying to label me. African- American is socially acceptable for some people, but I am not some people.”

Cain had it right. Sure, people can call themselves whatever they like, but we live in the United States of America and being called an ‘American’ is a uniting force regardless of one’s politics or color. Instead of European American or Mexican American or African American, let’s call ourselves Americans first and foremost.

YOU CAN BECOME A PATRON OF THE ARTS- JOIN BEN AND TINA ON PATREON.COM AND SEE EVERY CARTOON EARLY BEFORE PUBLIC RELEASE! CLICK TO JOIN!

The left has all of this wrong. They continue to use racial division and identity politics to divide and destroy America. Witness Barack’s shameful speech at the funeral for John Lewis. Obama lambasted Trump and implied he was attacking peaceful protestors who were calling for racial justice. The left is trying to portray the president as some sort of George Wallace figure, which is ridiculous.

We need less leftist violence from the BLM and more conservatives such as Herman Cain. His life mattered. 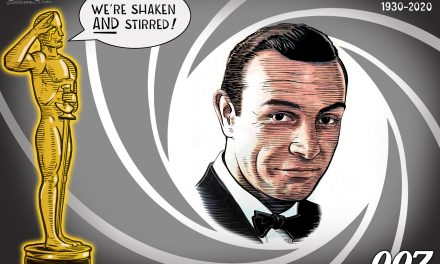 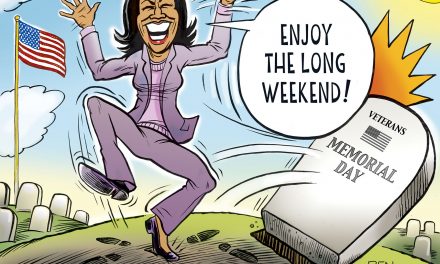 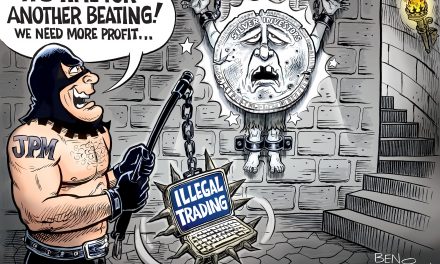 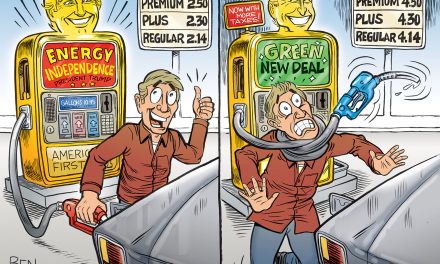 Gas Prices Then And Now