Kamala’s Border Trip Is A Joke 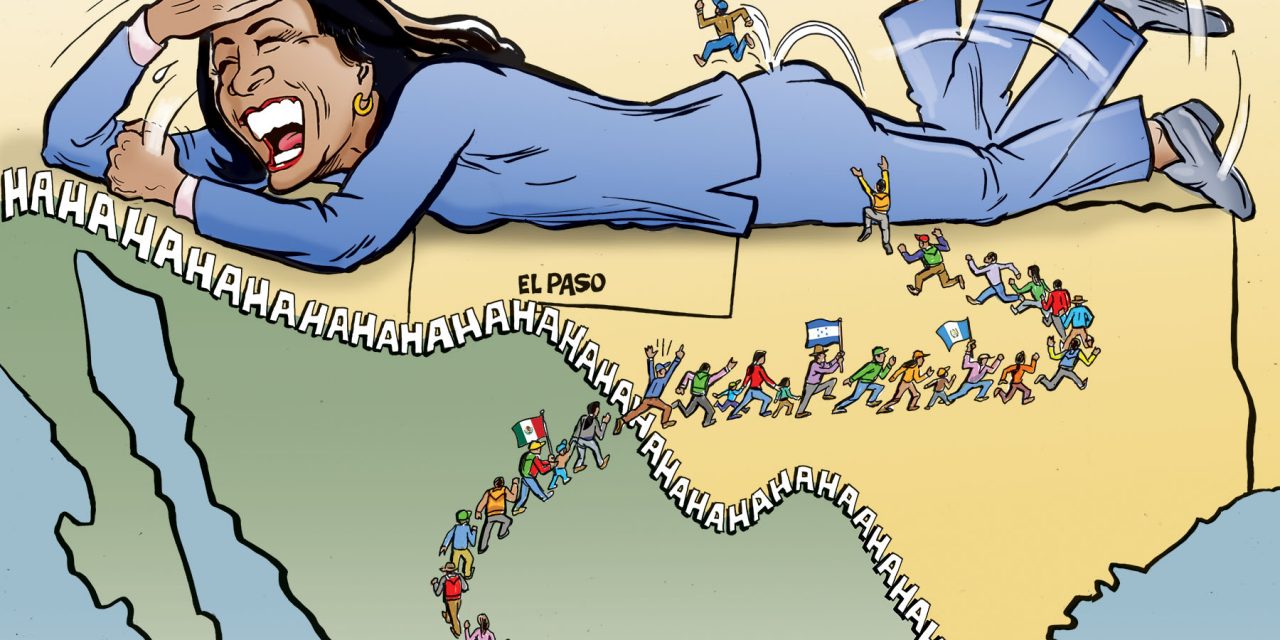 The Cackle Queen is a LaughingStock

Kamala finally made the trip to the border, although it was really just the airport in El Paso.

During Trump’s speech on Saturday he mentioned that Biden had violated his oath by not protecting our borders. In other words, China Joe failed to protect America. In fact, Biden encouraged illegal aliens to pour in and get free stuff on the taxpayer’s dime.

Help us expose the racist Democrats, every dollar helps keep GrrrGraphics online, we are totally funded by YOU! Click to donate today

That’s exactly what they did—they’ve been arriving in droves and from many countries—not just Central American ones. Biden ordered those caught to be released. Kamala concurred. That is, she did before she became Vice Resident. Now she’s changed her tune and weakly asked them all not to come.

Trump was adamant about closing our southern border. He began construction on walls. Ice and the Border Patrol were allowed to do their jobs. Trump sent out a strong message and the flow of ‘migrants’ dwindled.

Kamala made a half-hearted attempt to visit the border, but all she did was visit El Paso. In reality it’s most likely she wants to keep the borders open. She and Joe know the illegal newcomers will most likely illegally vote for Democrats. The Socialist Democrats may be in for surprise though. Many Mexican Americans side with Trump because he represents law and order. Latinos have strong family and religious values. They could be voting Republican in the mid-terms. They know an open border invites crime including child abuse, women getting raped, and a giant influx of drugs and crime. Americans, regardless of ethnicity, don’t want that. 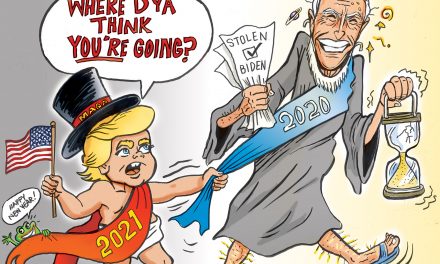 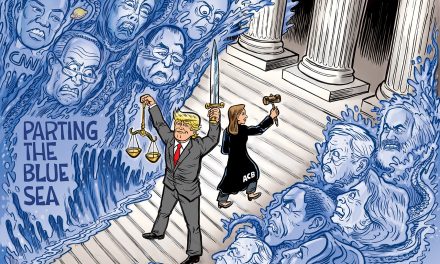 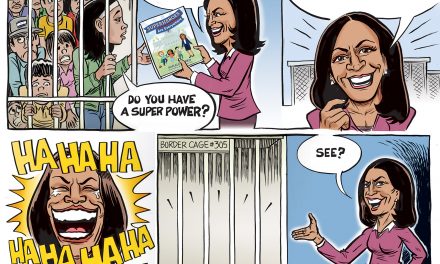