The ‘Freedom Convoy’ has galvanized citizens and raised millions.

Prime Minister Justin Trudeau probably didn’t expect much opposition when he imposed a Covid-19 vaccine mandate for cross-border truckers on Jan. 15. The Canadian Trucking Alliance had estimated that 85% of Canada’s 120,000 truckers were vaccinated, and a recent poll found two-thirds of Canadians favor mandatory Covid shots for everyone, including children. Yet it was a significant policy shift. Truck drivers and other “essential” workers had been exempt from Canada’s two-week quarantine for unvaccinated travelers crossing by land from the U.S.

But for people fed up with the federal government’s Covid-19 restrictions, this was the last straw. In a very un-Canadian fashion, they pushed back. Which brings us to the Freedom Convoy.

It was originally organized to protest mandatory vaccines for the trucking industry. The first small convoy was spotted in Prince Rupert, British Columbia, on Jan. 22. This was followed by convoys in Delta, British Columbia; Regina, Saskatchewan; Kenora, Ontario, and elsewhere. The smaller convoys traveled on the Trans-Canada Highway, which stretches across all 10 Canadian provinces, and formed a massive one headed last week toward Ottawa, Canada’s capital.

Estimates of the convoy’s size ranged from 551 to 1,155 vehicles, most of them cars and not trucks. A significant amount of money was raised, too. A GoFundMe campaign, relying particularly on small donations, raked in more than five million Canadian dollars (around U.S. $4 million) by Jan. 25. Three days later, it was at C$7.5 million. The goal was increased to C$9 million, which was surpassed on Jan. 30—and has now been pushed to C$10 million.

The convoy reached Parliament Hill on Jan. 29. Roads were clogged, and truck horns could be heard from one end of downtown Ottawa to the other. Thousands showed up. Most protesters were peaceful, and seemed to be there simply to let the Trudeau Liberals know why they oppose mandatory vaccination.

Mr. Trudeau attempted to paint the Freedom Convoy as a “fringe minority” with “unacceptable views.” He and several other members of the Liberal Party noted that the protest included members of small right-leaning political outfits like the western separatist Maverick Party and populist/nationalist People’s Party of Canada. A Nazi swastika and a Confederate flag were seen in the crowd. A statue of runner Terry Fox, a Canadian national hero, was desecrated, as were the National War Monument and the Tomb of the Unknown Soldier.

For the most part, though, these were peaceful, ordinary Canadians. Former Conservative Party leader Andrew Scheer spoke out in support of the truckers, and a few members of his party attended the protest. The party’s current leader, Erin O’Toole, agreed to meet with truckers but then stayed away. The convoy also drew support south of the border. “We want those great Canadian truckers to know that we are with them all the way,” Donald Trump said at a rally. Elon Musk tweeted “Canadian truckers rule.” There’s talk of a Freedom Convoy in Australia, whose Covid restrictions are even harsher than Canada’s.

As for Mr. Trudeau, one of his old tweets resurfaced last week. “While many of us are working from home,” he wrote on March 31, 2020, “there are others who aren’t able to do that—like the truck drivers who are working day and night to make sure our shelves are stocked. So when you can, please #ThankATrucker for everything they’re doing and help them however you can.”

The prime minister went into isolation on Jan. 27 after one of his children tested positive for Covid. The family left its official residence for “an undisclosed location” over “security concerns,” CBC reported. He and the Liberals show no sign of bending over the vaccine mandate.

Mr. Taube, a columnist for Troy Media and Loonie Politics, was a speechwriter for former Canadian Prime Minister Stephen Harper. 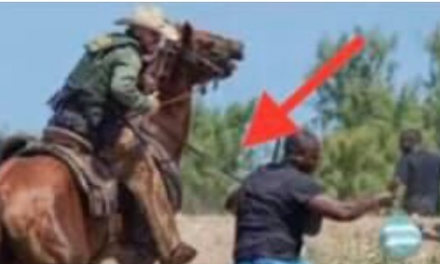