Earlier this year, Judicial Watch announced that it received 756 pages of emails that were among the materials Clinton tried to delete or destroy, several of which were classified and were transmitted over her unsecure, non-“state.gov” email system. This production was supposed to be the final production of Clinton emails. Judicial Watch estimates that the FBI being only able to recover or find approximately 5,000, including classified material, of the 33,000 government emails Clinton removed and tried to destroy. The FBI uncovered 72,000 pages of documents Clinton attempted to delete or did not otherwise disclose.

You may recall that last week we released FBI emails showing that the FBI’s top lawyer gave deferential treatment to the attorney representing Hillary Clinton’s top aides implicated in the mass deletion of Clinton’s emails.

So it is astonishing news that the FBI mysteriously found more Clinton emails. Were they on Anthony Weiner’s laptop? At James Comey’s house? Or on Peter Strzok’s cell phone? This disturbing development further highlights how the fix was in on the Clinton email scandal and why a criminal investigation needs to be reopened by Attorney General Barr.

In separate Judicial Watch FOIA litigation, a federal court will soon rule on whether Hillary Clinton and her top aide can be questioned under oath by our lawyers about the email and Benghazi controversies. The court has already granted us additional discovery. The court ordered discovery into three specific areas: whether Secretary Clinton’s use of a private email server was intended to stymie FOIA; whether the State Department’s intent to settle this case in late 2014 and early 2015 amounted to bad faith; and whether the State Department has adequately searched for records responsive to our request.

The court specifically ordered Obama administration senior State Department officials, lawyers and Clinton aides to be deposed or answer written questions under oath. The court ruled that the Clinton email system was “one of the gravest modern offenses to government transparency.” (This Judicial Watch FOIA lawsuit led directly to the disclosure of the Clinton email system in 2015.)

When Hillary Clinton’s people used software called BleachBit to destroy her emails so that “even God can’t read them,” as Rep. Trey Gowdy put it, she must have thought she was rid of this threat of incrimination for good. I’ll let you know what is this latest batch as soon as we find out…

As we have seen repeatedly in recent days with military and national security officials, the unelected administrative state is acting under the assumption that its predilections are law and not to be questioned.

Now the Census Bureau is playing the game. The conduct of the census is serious business. And we’re taking its actions seriously.

We filed a FOIA suit on against the Commerce Department for Census Bureau records concerning the agency’s hiring of non-U.S. citizens to help conduct the 2020 Census (Judicial Watch v. U.S. Department of Commerce (No. 1:19-cv-03433)). We sued after the Census Bureau delayed responding to a September 12, 2019, FOIA request for more than two months. We sued for:

We made our request based on a report titled “Census Bureau Seeks to Hire Non-U.S. Citizens Ahead of 2020,” published on August 6, 2019 by U.S. News & World Report. Federal law generally prohibits the government from hiring of non-citizens, but according to the report, Census Bureau officials believe the law afford them “flexibilities”:

“There are [citizenship] flexibilities within the Appropriation Act that would permit, for example, based on language requirements, some exemptions,” says Tim Olson, associate director for field operations at the Census Bureau. “We are actively working through those flexibilities to see if they can be used in 2020. We are not there yet.”

Asked whether the bureau planned to employ people living in the country illegally [emphasis added], a spokesman said, “There is nowhere in our legal flexibilities that refers to people we could possibly hire as ‘’illegal.’” When pressed as to whether it’s an option under the current law, the spokesman repeatedly demurred, saying that the term “noncitizen” encompasses “anyone who is not a U.S. citizen.”

The Census Bureau twice asked us to clarify the request. When we did so in response to the first request, the Census Bureau sent a second, identical clarification request that even included the same typos as the first. After a telephone conference and at least two more rounds of discussions, the Census Bureau still has not indicated whether it will process the straightforward request.

The bureaucratic runaround we received from the Census Bureau on its potentially illegal hiring of aliens to help conduct the census is remarkable—and not in a good way. We simply want the documents so the public can be reassured that the census is being run according to law.

While our intelligence agencies, particularly the FBI, have focused on unseating a duly elected U.S. president, they have assiduously avoided their real jobs: protecting our country from our enemies abroad. Be clear about this: war today is information war, and critical information is being stolen from us as the FBI and to much of DC focus dully on the Russia and related Ukraine hoaxes.

Our Corruption Chronicles blog has the story.

Billions of dollars in scientific research funded by American taxpayers has been stolen by China right under our noses, and the U.S. government has no plan to stop the ongoing theft of the highly valued intellectual property. In the meantime the publicly-funded work is helping the Communist nation meet its goal of becoming a world leader in science and technology, according to a scathing report published by the U.S. Senate. “This report exposes how American taxpayer funded research has contributed to China’s global rise over the last 20 years,” the document states. “During that time, China openly recruited U.S.-based researchers, scientists, and experts in the public and private sector to provide China with knowledge and intellectual capital in exchange for monetary gain and other benefits.”

While the Chinese Communists run their illicit operation on our own soil, the federal government’s grant-making and law enforcement agencies sit by and let it happen. This includes the Federal Bureau of Investigation (FBI), the vast law enforcement agency charged with protecting and defending the U.S. against terrorist attacks, foreign intelligence threats and espionage, cyber-based attack and high-technology crimes. None of the government agencies impacted by the costly crimes have bothered to develop a coordinated response to mitigate the ongoing threat, Senate investigators found. “These failures continue to undermine the integrity of the American research enterprise and endanger our national security,” the report says.

China uses hundreds of government-funded talent recruitment plans to incentivize individuals engaged in research and development in the U.S. to transmit information in exchange for salaries, research funding, lab space and other perks. The Communists then use the American research for their own economic and military gain, Senate investigators say. The report includes specific examples provided by federal agencies that discovered Chinese talent recruitment members who downloaded sensitive electronic research files before returning to China, submitted false information when applying for grant funds and willfully failed to disclose receiving money from the Chinese government on U.S. grant applications. One Chinese talent recruitment member removed 30,000 electronic files before heading back home. Another filed a patent based on U.S. government-funded research and hired other Chinese recruitment plan members to work on American national security projects. “One Chinese talent recruitment plan member stole proprietary defense information related to U.S. military jet engines,” the report states. “Others have contractually agreed to give Chinese institutions intellectual property rights that overlapped with research conducted at U.S. institutions.”

The U.S. government spends more than $150 billion annually on scientific research by funding work at agencies such as the National Science Foundation (NSF), National Institutes of Health (NIH) and the Department of Energy’s (DOE) national laboratories. The NSF, for instance, funds about 27% of all basic research at U.S. colleges and universities where theft of intellectual property by the Chinese is pervasive. The NIH invests north of $31 billion annually on medical research through tens of thousands of competitive grants awarded to hundreds of thousands of candidates. As the largest federal sponsor of basic research in the physical sciences, the DOE awards a whopping $6.6 billion in grants and contracts each year to tens of thousands of researchers at hundreds of institutions. Each of these agencies has been deeply impacted by Chinese infiltrators stealing valuable research, according to the extensive Senate probe. This has been going on for decades.

In fact, more than 20 years ago Judicial Watch helped expose a Chinese Communist scientist (Wen Ho Lee), who stole nuclear secrets from the Los Alamos National Laboratory in New Mexico, among the world’s largest science institutions and the nation’s key nuclear weapons research facility. The Bill Clinton Justice Department refused to prosecute Lee because then Attorney General Janet Reno claimed the accusations against him were racist. Judicial Watch represented the whistleblower, Notra Trulock, responsible for launching an investigation into Lee’s actions. Trulock was the DOE’s intelligence operations chief and Clinton administration officials defamed him by accusing him of being a racist to cover up Lee’s repeated and embarrassing security violations. 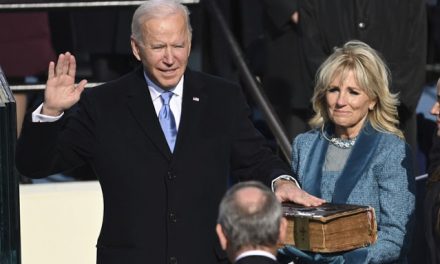 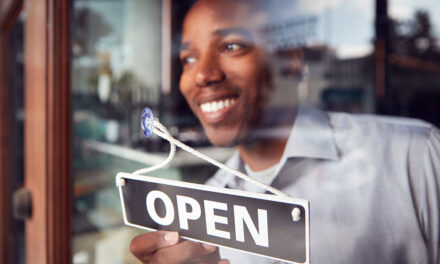 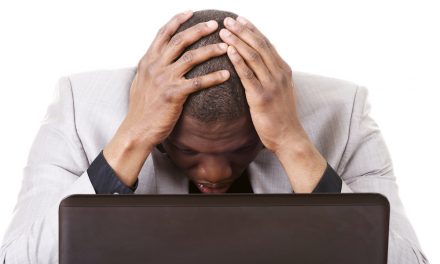