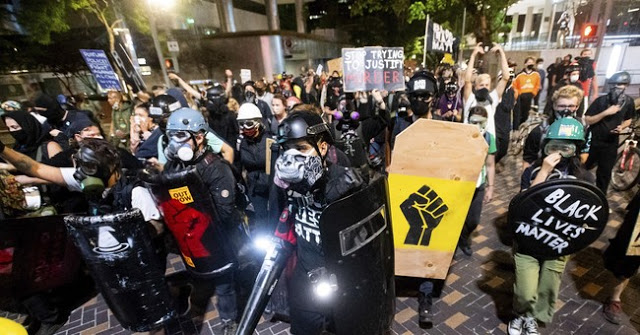 By Walter E. Williams | Townhall.com
Source: AP Photo/Noah Berger) Aug 07, 2020 – AP
In matters of race and other social phenomena, there is a tendency to believe that what is seen today has always been. For black people, the socioeconomic progress achieved during my lifetime, which started in 1936, exceeded anyone’s wildest dreams. In 1936, most black people lived in gross material poverty and racial discrimination. Such poverty and discrimination is all but nonexistent today.
Government data, assembled by Robert Rector of the Heritage Foundation, shows that “the average American family … identified as poor by the Census Bureau, lives in an air-conditioned, centrally heated house or apartment … They have a car or truck. (Indeed, 43 percent of poor families own two or more cars.)” The household “has at least one widescreen TV connected to cable, satellite, or a streaming service, a computer or tablet with internet connection, and a smartphone. (Some 82 percent of poor families have one or more smartphones.”
On top of this, blacks today have the same constitutional guarantees as everyone else, which is not to say that every vestige of racial discrimination has been eliminated.
The poverty we have today is spiritual poverty. Spiritual poverty is an absence of what traditionally has been known as various human virtues. Much of that spiritual poverty is a result of public and private policy that rewards inferiority and irresponsibility.
Chief among the policies that reward inferiority and irresponsibility is the welfare state. When some people know they can have children out of wedlock, drop out of school and refuse employment and suffer little consequence and social sanction, one should not be surprised to see the growth of such behavior.
Today’s out-of-wedlock births among blacks is over 70 percent, but in the 1930s, it was 11 percent. During the same period, out-of-wedlock births among whites was 3 percent; today, it is over 30 percent. It is fashionable and politically correct to blame today’s 21 percent black poverty on racial discrimination. That is nonsense. Why?
The poverty rate among black husband-and-wife families has been in the single digits for more than two decades. Can anyone produce evidence that racists discriminate against black female-headed families but not black husband-and-wife families?
For most people, education is one of the steppingstones out of poverty, and it has been a steppingstone for many black people. Today, decent education is just about impossible at many big-city public schools where violence, disorder, disrespect and assaults on teachers are routine. The kind of disrespectful and violent behavior observed in many predominantly black schools is entirely new.
Some have suggested that such disorder is part of black culture, but that is an insulting lie. Black people can be thankful that double standards, and public and private policies rewarding inferiority and irresponsibility, were not broadly accepted during the 1920s, ’30s, ’40s and ’50s. There would not have been the kind of intellectual excellence and spiritual courage that created the world’s most successful civil rights movement.
Many whites are ashamed, saddened and guilt-ridden by our history of slavery, Jim Crow and gross racial discrimination. They see that justice and compensation for that ugly history is to hold their fellow black Americans accountable to the kind of standards and conduct they would never accept from whites. That behavior and conduct is relatively new.
Meet with black people in their 70s or older, even liberal politicians such as Charles Rangel (age 90), and Reps. Eddie Bernice Johnson (85), Alcee Hastings (83) and Maxine Waters (82). Ask them whether their parents would have tolerated their assaulting and cursing of teachers or any other adult. I bet you the rent money their parents and other parents of that era would not have accepted the grossly disrespectful behavior seen today among many black youngsters who use foul language and racial epithets at one another.
These older blacks will tell you that, had they behaved that way, they would have felt serious pain in their hind parts. If blacks of yesteryear would not accept such self-destructive behavior, why should today’s blacks accept it?
Black people have made tremendous gains over the years that came as a result of hard work, sacrifice and a no-nonsense approach to life. Recovering those virtues can provide solutions to many of today’s problems.
Walter E. Williams is a professor of economics at George Mason University. To find out more about Walter E. Williams and read features by other Creators Syndicate writers and cartoonists, visit the Creators Syndicate webpage at www.creators.com.
https://townhall.com/columnists/walterewilliams/2020/09/09/today-and-yesterday-n2575777?utm_source=thdaily&utm_medium=email&utm_campaign=nl&newsletterad=09/09/2020&bcid=1fc1e949433a1b38c9a8ce7ccadbc008&recip=26772260 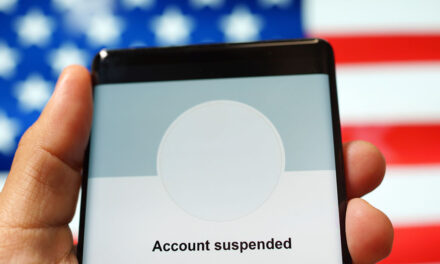