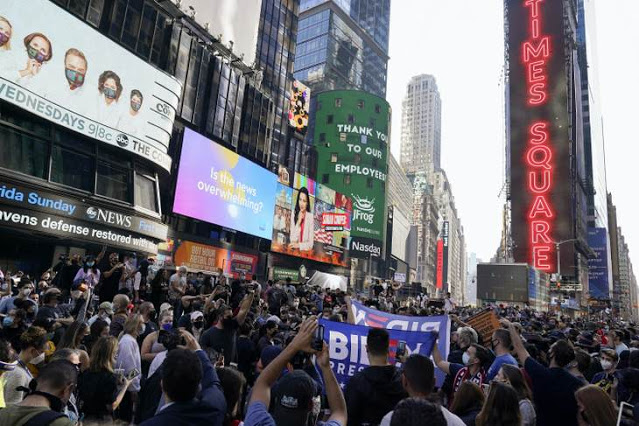 BY BY MATT MARGOLIS

Did you get the memo? The pandemic is over! We can now gather in large crowds again and life can go back to normal.

That’s right. Have you seen the footage? 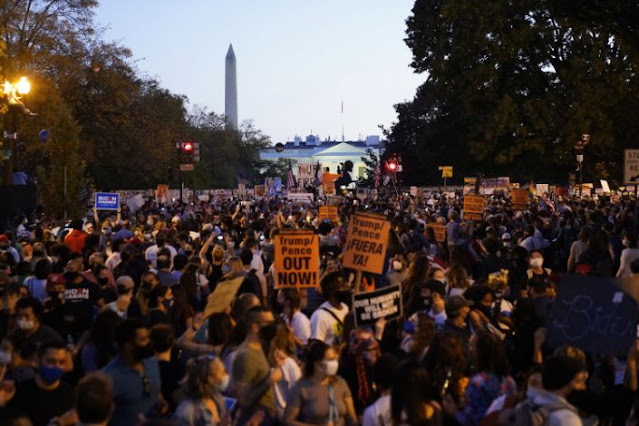 People celebrate in the streets outside the White House on Saturday. (Kent Nishimura / Los Angeles Times) 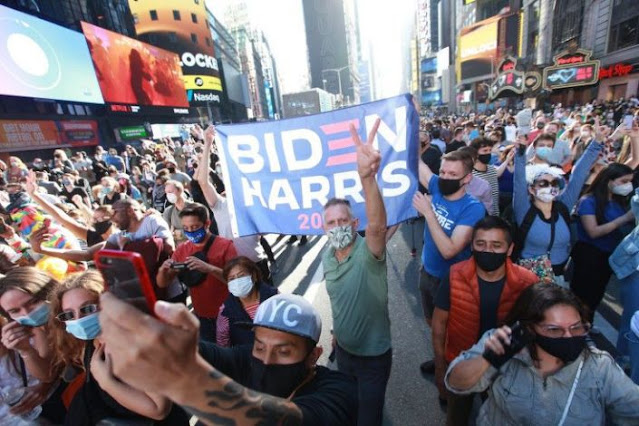 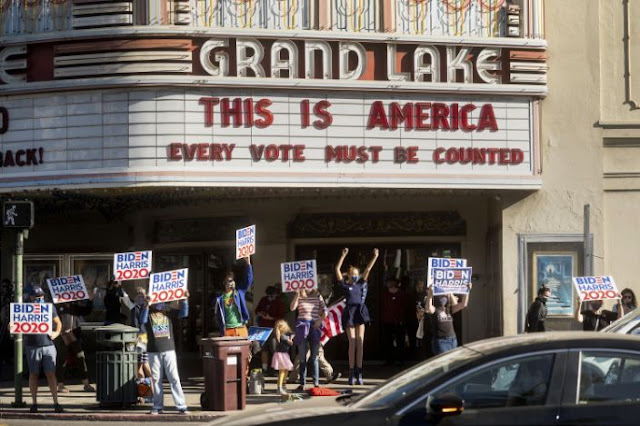 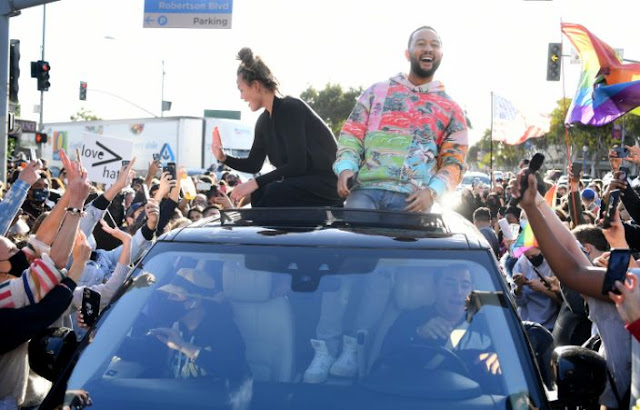 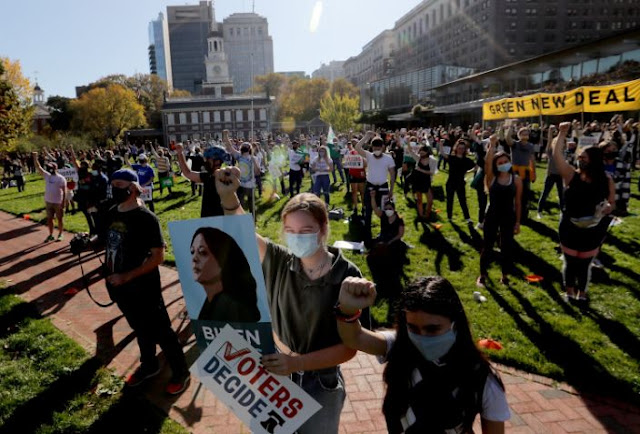 People raise their fists in victory during a rally outside Independence Hall in Philadelphia. (Luis Sinco / Los Angeles Times)

There were thousands of people in Times Square, cheering, singing, dancing and celebrating the defeat of Trump. 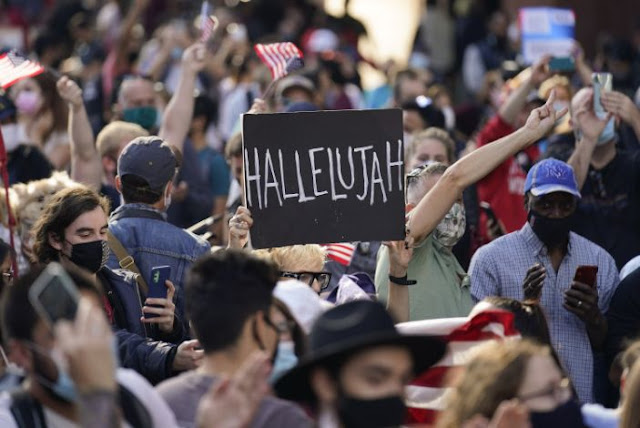 People in Midtown Manhattan cheered on the sidewalks, leaned out their windows and rushed to their rooftops to cheer and bang pots and pans, like they did in March 2020 during the 7 pm cheer.

In Brooklyn, New York, a crowd cheered the USPS, because, hey, why not, they may have stolen the election for them.

A large crowd gathered outside the White House to celebrate Joe Biden’s projected victory and blared YMCA — the song President Trump closed out his latest rallies with.

How many of the people were too afraid to vote in person but felt perfectly safe gathering in crowds of hundreds, maybe thousands of cities nationwide so they could celebrate the alleged results of the presidential election? Remember, a week ago, these people were calling Trump’s rallies “superspreader events.”

The same people who told us over and over again that it wasn’t safe to keep businesses open, or hold a funeral for a loved one, send our kids to school, go to sporting events or even go to houses of worship are celebrating in large crowds just like they rioted and looted for “social justice” over the summer.