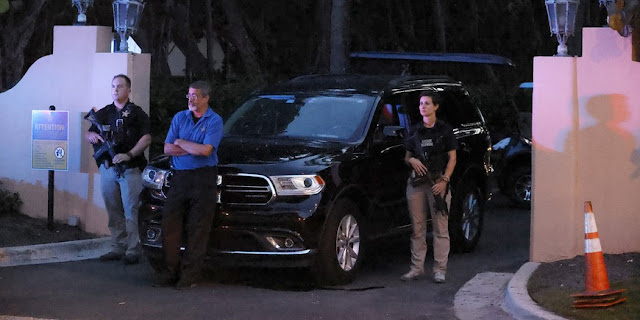 The Biden Justice Department was told to pound sand by a judge over their motion to continue investigating and reviewing the documents seized during the FBI’s August 8 raid of Mar-a-Lago. Judge Aileen Cannon, a top target for the Left due to her being a Trump nominee, wasn’t convinced by the Department of Justice’s argument that their people not reviewing the records constitutes a national security risk (via Politico):

In her ruling, Cannon refused to accept department officials’ contention that the records they are trying to review as part of an ongoing criminal investigation remain highly classified or contain extraordinarily sensitive defense information that could damage national security if released.

“The Court does not find it appropriate to accept the Government’s conclusions on these important and disputed issues without further review by a neutral third party in an expedited and orderly fashion,” Cannon, a Trump appointee, wrote in her 10-page ruling denying the Justice Department’s request to essentially exclude about 100 documents marked classified from the special master process.

Cannon instead appointed Raymond Dearie, a senior federal judge in New York, to lead an independent review of the seized materials. He was one of two potential special masters proposed by the Trump team, and prosecutors said they found him acceptable even though he was not one of their initial picks.

In a signed filing released by the court on Thursday night, Dearie accepted the task. Cannon urged him to complete his review by Nov. 30 — more than a month after the Oct. 17 deadline the Justice Department had most recently asked Cannon to set.

It’s a laughable charge on its face. These documents that allegedly included nuclear secrets were said to have remained at the home of former President Donald Trump for 18 months. It becomes a matter of state security when Democrats look like they’re about to get cooked in an election. Second, a June 8 letter by the Biden DOJ ordered Trump’s lawyers to keep all records at Mar-a-Lago. The FBI barged in two months later.

Judge Cannon had issued an injunction against the FBI from further analyzing the documents and granted the Trump legal team’s motion to appoint a special master. There was a fight between the two attorney camps regarding who would make for acceptable candidates. Raymond Dearie, a federal judge from New York and a candidate the Trump team approved, was designated the special master for the Trump Mar-a-Lago documents. He has a deadline of November 30 to review the records.

“The documents were declassified!”

“Trump had every right keep them!”

“They posed no risk to national security!”

Conservatives have been defending Trump with these kinds of arguments ever since the FBI raided Mar-a-Lago last month.  They’re missing the point, though.  Seeking to prove that Trump did nothing wrong in possessing these documents is like trying to establish that the victims of Stalin’s show trials weren’t in fact Trotskyites.  Well, of course they weren’t.

But Stalin didn’t care if his enemies – perceived or real – were Trotskyites or “counter-revolutionaries.”  What mattered to him was that they were his enemies.  And that’s why we call their legal proceedings “show trials.”  They weren’t exercises in justice; they were facades for political suppression.

Did Trump commit a crime?  I doubt it.  Democrats have spent six years and tens of millions of dollars investigating virtually every step he’s taken in his life.  So far, they’ve come up with nothing.  Which means that although Trump seems impetuous, he evidently hires excellent lawyers who ensure he always remains within the bounds of the law.

But at the end of the day, the question of Trump’s innocence is irrelevant.  Because what we’re witnessing is not a legal investigation but a political crusade – aided by the Justice Department – to crush a man it can’t stand.  And if we allow the left to win this battle, we will have allowed it to cross a line from which there may be no turning back.

For this isn’t about Trump.  It’s about the left doing whatever it takes to retain political and ideological control of this country.  As one political commentator has pointed out, Trump represents everything the left hates, everything they’ve spent 50 years trying to eradicate.  He exudes male energy.  He loves America.  For heaven’s sake, he even supports torturing terrorists!

And then there’s that story he gleefully relates about General “Blackjack” Pershing allegedly ordering that Muslim terrorists be shot with bullets dipped in pig’s blood.  Perhaps, worst of all, Trump doesn’t cry, apologize, or share his feelings.  Essentially, Trump in many respects is a throwback to 1950s America.  And there’s nothing the left hates more than the values of 1950s America.

So you can praise Thomas Jefferson – as long as you also criticize him for owning slaves.  You can praise men – as long as you also denounce male toxicity.  But Trump won’t play ball.  He reflexively, and unabashedly, admires America and manly “toughness.”  He refuses to pay even lip service to the pieties of The New York Times’ editorial board.  Indeed, he mocks The Times and claims not to even read it.  For the left, that’s intolerable; Trump must be crushed.

And it’s precisely because the left so badly wants to crush him – and, more importantly, what he represents – that we need to defend him.  For we mustn’t fool ourselves: If the left succeeds in indicting and arresting Trump, it will indict and arrest the next unapologetic Republican who appears on the scene too.  And then the next one.  And then the next one.  The left won’t stop.  It knows no boundaries.  It recognizes no rules.  Whatever it takes.

Most Republicans are, by nature, calm, law-abiding citizens.  They like following rules and hate playing dirty.  But the call of the hour may require us to set aside our nature.  For we really only have two options: Do whatever is necessary to make sure Trump remains a free man or let radical leftists destroy the America we know and love.

There is no third option.

And we better take a stand now.  For the left will only grow stronger with each victory it achieves.  Censoring voices on social media already seems normal to us.  Soon arresting one’s political opponents will seem normal too.  When we finally decide to fight back, it may be too late.  So let’s hold the line – now.

Elliot Resnick is the host of a new podcast, “The Elliot Resnick Show,” and the author or editor of five books, including, most recently, Movers & Shakers, Vol. 3: On American Glory, Jewish Destiny, Rare Integrity, and More. 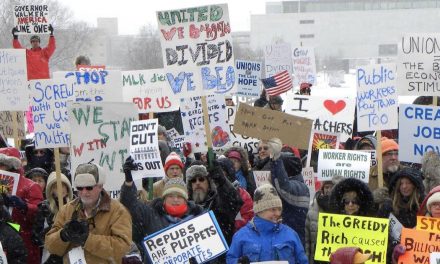 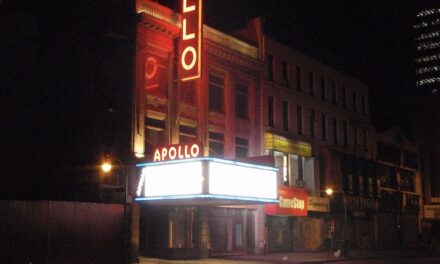