By Evie Fordham | Fox News
TWO LOS ANGELES POLICE OFFICERS AMBUSHED AND SHOT IN COMPTON AS BLM RIOTERS BEGIN PROTESTING AT HOSPITAL SHOUTING ‘WE HOPE THEY DIE!’
Protesters reportedly shouting slogans like “Death to the police!” showed up to the Los Angeles area hospital treating two law enforcement officers who were ambushed and shot on Saturday.
“To the protesters blocking the entrance [and] exit of the HOSPITAL EMERGENCY ROOM yelling ‘We hope they die’ referring to 2 LA Sheriff’s ambushed today in #Compton: DO NOT BLOCK EMERGENCY ENTRIES [AND] EXITS TO THE HOSPITAL. People’s lives are at stake when ambulances can’t get through,” the LA County Sheriff’s Department wrote on Twitter early Sunday morning.
A local faith leader who was at the hospital told a KABC reporter that the protesters tried to get into the emergency room.
“They were saying ‘Death to the police’ and ‘Kill the police,’ and these are sheriffs, but the message is still the same. They were using all types of curse words and derogatory terms,” he told KABC. “Unacceptable behavior, because a hospital should be a sanctuary.”
The officers are being treated at St. Francis Medical Center in Lynwood, Calif., the Long Beach Press-Telegram reported.
Video posted online showed protesters being prevented from walking farther onto hospital grounds and arguing with hospital security over whether the hospital is public or private property.
Protesters could be heard shouting at one officer who appeared to point some sort of weapon at the protesters.
“That’s why you’re dying one by one, you stupid f—s,” a man can be heard saying. “Y’all gonna die one by one. This ain’t gonna stop.”
“You’re next with the f—— hot pocket,” a man shouted.
“I want to deliver a message to the family of the [inaudible]: I hope they f—— die,” a man yelled.
Law enforcement arrested one man and one woman, who was later identified as a member of the press, amid the protests.
A local radio reporter was also apparently arrested amid the chaos. County Undersheriff Tim Murakami said he was looking into the arrest, according to a reporter with KPCC Public Radio. In an update, he said the reporter was being released but would be charged with a misdemeanor.
The sheriff’s office later confirmed an adult female, who was later identified as a member of the press, was arrested. Authorities did not immediately identify the woman.
She had run toward deputies while a male protester was being arrested for failing to comply with dispersal orders at the hospital, the sheriff’s office said. While the man struggled with deputies, the sheriff’s office said the woman ignored repeated commands to stay back and interfered with the arrest.
The woman had not identified herself as a member of the press, according to the sheriff’s office, and later admitted she did not have proper press credentials on her person.
The deputies, a 24-year-old man and a 31-year-old woman, were both in critical condition and “fighting for their lives” as they underwent surgery following the attack, which occurred around 7 p.m. local time outside a Metro rail station in Compton, according to the Los Angeles County Sheriff’s Department.
“Moments ago, 2 of our Sheriff Deputies were shot in Compton and were transported to a local hospital,” the department tweeted. “They are both still fighting for their lives, so please keep them in your thoughts and prayers.”
The deputies were out of surgery by 11 p.m. PT, according to KABC-TV.
President Trump, who held a rally in Nevada on Saturday night, responded on Twitter after the sheriff’s department tweeted out a grainy video that shows the suspect approaching the parked patrol vehicle and firing shots inside the vehicle’s passenger-side window.
“Animals that must be hit hard!” Trump wrote, referring to criminals who target law enforcement.
Both deputies were sworn in just over a year ago and the female deputy is the mother of a 6-year-old boy, officials said in a 10 p.m. news conference. Both of their families were rallying around them at the hospital.
Sheriff Alex Villanueva said while authorities don’t have a detailed suspect description, one of the deputies described the shooter as a “dark-skinned male.” 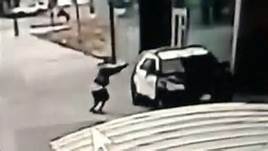 Villanueva said the shooting shows the dangers officers face in the streets and how situations can change in “the blink of an eye.”
Fox News’ Brie Stimson and Stephen Sorace contributed to this report.
https://www.foxnews.com/us/protesters-hospital-los-angeles-sheriffs-deputies-ambushed 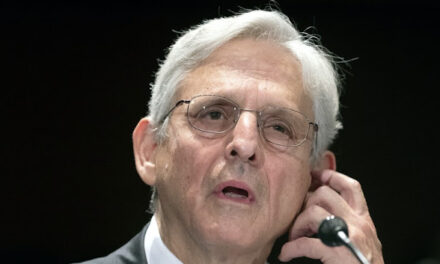 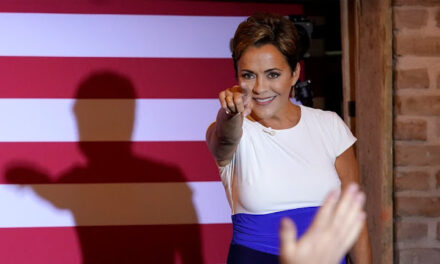