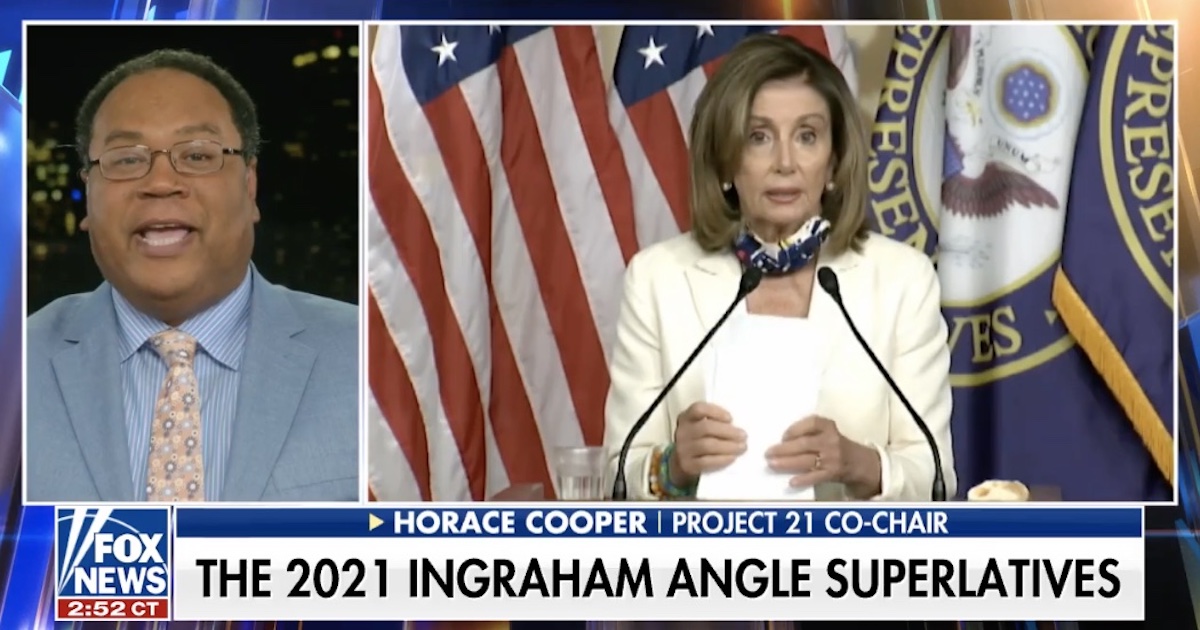 In this ceremony, the losers were the winners. These awards commemorated failings by those who think they are our betters – showing just how human they really can be.

To follow are Horace’s award-winners, and his commentary about them.

He started off so well – with such high hope and expectations. But look how the mighty have fallen.

She was assigned the responsibility of immigration, and making sure we get it under control. When asked why she hadn’t gone to the border to actually see what it is she’s supposed to be responsible for, her response was, well “I haven’t been to Europe” either. A major power trip!

Best “Rules for Thee, But Not for Me” Moment: Nancy Pelosi

Everyone remembers how Nancy Pelosi decided that the House of Representatives had to be all but shut down. In fact, we created an unconstitutional vote-from-home idea – making light work for Congress even lighter. While, when it came time for her to get her hair done, it was great for her to go out without a mask in front of God and everybody. And then, later, we got to see her bragging about the various fancy kinds of ice creams that she’s able to partake of.

In this category, Stuckey selected San Francisco Mayor London Breed for dancing and singing while maskless, and Duffy picked liberal Texas state lawmakers for their hypocrisy on voting rights.

I’m gonna go with Joe Biden again – when he inadvertently referred to one of his advisors in the White House during an issue about the hurricane, referring to him as “boy.” A black man. That was really cringeworthy, watching that.