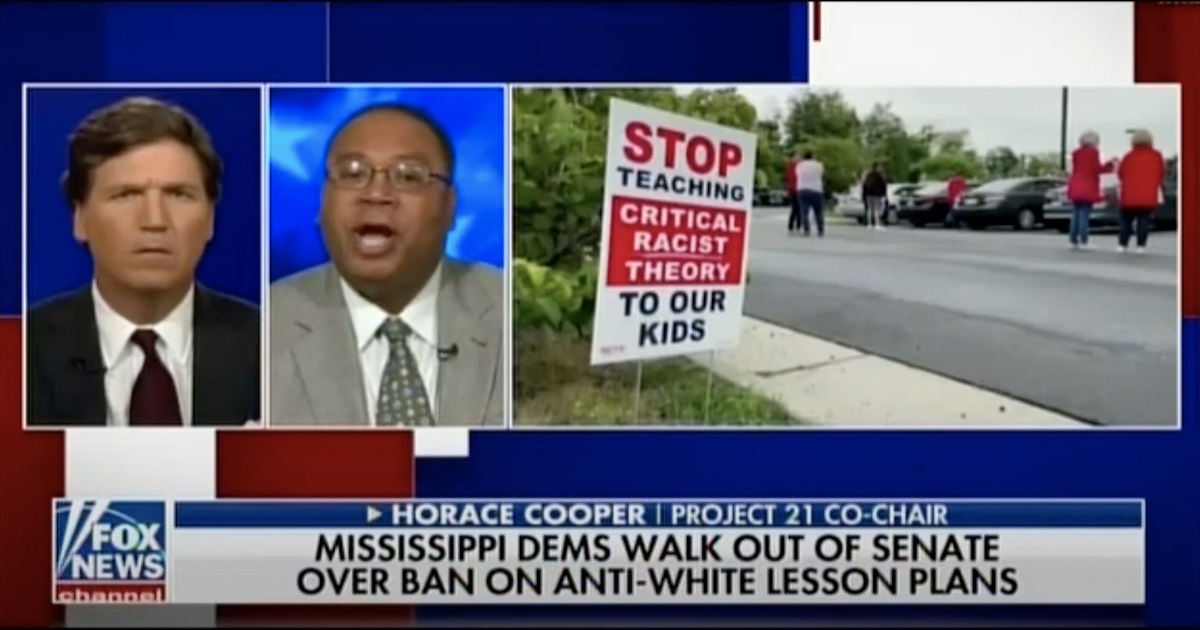 The left denies that Critical Race Theory (CRT) is being taught in the classroom. But it is also doing everything it can to protect the right of teachers to impose CRT’s divisiveness upon students.

Last week in Mississippi, when legislation was under consideration to ban CRT from public schools in addition to public colleges and universities in the state, liberal state senators walked out of the chamber “to show a visible protest.” The bill passed nonetheless.

On the Fox News Channel program “Tucker Carlson Tonight,” host Tucker Carlson noted that “all decent people” believe that schools should not be allowed to teach that one race is better than another – yet liberals seem adamant about protecting something that effectively does so. Project 21 Co-Chairman Horace Cooper, a guest on the program, agreed with Tucker’s disappointment in the Mississippi lawmakers and anyone who would try to take our nation back to the racial animosity that has plagued our past:

America came together with what is called the Civil Rights Movement for precisely this principle – that all Americans are going to be equal and treated as such under the law, the way our founders actually intended with our Constitution.

Government is going to prefer some groups over other groups precisely because of their race. This is a terrible setback. And [in] the very month that we set aside to celebrate Martin Luther King, we should really be saddened by this effort on the part of these legislators.

Betraying those seeking to downplay CRT’s involvement in American education, Tucker brought up the “Black Lives Matter at School Week of Action” scheduled to be held at Centennial Elementary School in Denver. “Guiding principles” for the week include the promotion of globalism, transgenderism and queer affirmation and being “unapologetically black.” Related to this last tenet, Tucker noted that an early goal of the BLM movement was the destruction of the Western nuclear family structure. Tucker called all of this “so poisonous, so evil.”

Explaining the implication of this CRT smoking gun beyond the Denver elementary school, Horace commented:

This is remarkable, what I’ve been witnessing. So many of the bedrock institutions of America are being literally challenged by actions of progressives.

You can say that some on the right have been anti-public education. But they’ve been no poison – no poison like this.

In the law, there’s a term called “chilling effect” when things are said or done that cause people not to feel comfortable acting in certain ways. Well, tonight I’m going to tell you that there’s a “thrilling effect” when the government promises to investigate people who criticize [Critical Race Theory]. When all of Big Tech sides with proponents of racial segregation, and then they disavow or shadow-ban those who advocate equality. 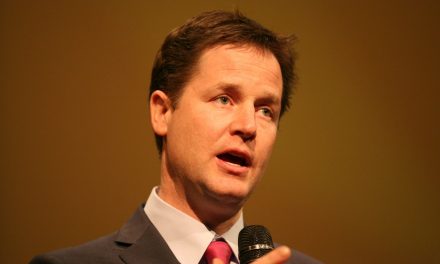 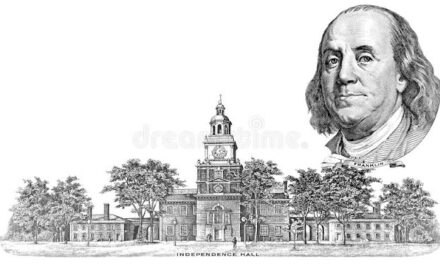 If You Can Keep It