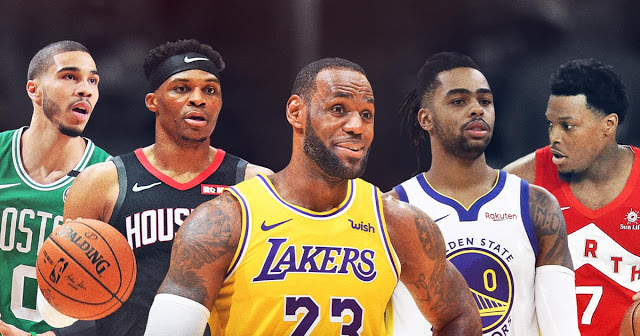 By Walter E. Williams | Townhall.com
Check out any professional and most college basketball teams. Their starting five, and most of their other 10 players, are black, as is 80% of the NBA.
This does not come anywhere close to the diversity and inclusion sought by the nation’s social justice warriors. Both professional and college coaches have ignored and threw any pretense of seeking diversity and inclusiveness.
My question to you is: Would a basketball team be improved if coaches were required to include ethnically diverse players for the sake of equity?
I have no idea of what your answer might be but mine would be: “The hell with diversity, equity and inclusion. I am going to recruit the best players and do not care if most of them turn out to be black players.” Another question: Do you think that any diversity-crazed college president would chastise his basketball coach for lack of diversity and inclusiveness?
Stanford Linear Accelerator Center (National Accelerator Laboratory) is home to the world’s most powerful experiments, fastest supercomputers and top-notch physics researchers. Much of SLAC’s research is on particle accelerators that are complicated machines that are designed, engineered and operated to produce high-quality particle beams and develop clues to the fundamental structure of matter and the forces between subatomic particles.
You can bet that their personnel makeup exhibits very little concern about racial diversity, equity and inclusion.
The bulk of their scientists is not only Americans of European and Asian ancestry but mostly men. My question to you is: What would you do to make SLAC more illustrative of the racial, ethnic and sexual diversity of America?
As for me, my answer would be the same one that I gave in the basketball example: I am going to recruit the brightest scientists and I do not care if most of them turn out to be men of European and Asian ancestry.
In the hard sciences, one will find black Americans underrepresented.
For example, a 2018 survey of the American Astronomical Society, which includes undergraduates, graduate students, faculty members and retired astronomers, found that 82% of members identified as white and only 2% as black or African American.
Only 3% of bachelor’s degrees in physics go to black students. In 2017, some fields, such as structural engineering and atmospheric physics, graduated not a single black Ph.D.
The conspicuous absence of black Americans in the sciences have little or nothing to do with racism. It has to do with academic preparation. If one graduates from high school and has not mastered a minimum proficiency in high school algebra, geometry and precalculus, it is likely that high-paying careers such as engineering, medicine, physics and computer technology are hermetically sealed off for life.
There are relatively few black fighter jet pilots. There are stringent physical, character and mental requirements, which many black applicants could meet. But fighter pilots must also have a strong knowledge of air navigation, aircraft operating procedures, flight theory, fluid mechanics, meteorology and engineering.
The college majors that help prepare undergraduates for a career as a fighter pilot include mathematics, physical science and engineering. But if one graduates from high school without elementary training in math, it is not likely that he will enroll in the college courses that would qualify him for fighter pilot training.
At many predominantly black high schools, not a single black student tests proficient in math and a very low percentage test proficient in reading; however, these schools confer a diploma that attests that the students can read, write and compute at a 12th-grade level and these schools often boast that they have a 70% and higher graduation rate.
They mislead students, their families and others by conferring fraudulent diplomas.
What explains the fact that over 80% of professional basketball players are black, as are about 70% of professional football players? Only an idiot would chalk it up to diversity and inclusion.
Instead, it is excellence that explains the disproportionate numbers.
Jewish Americans, who are just 3% of our population, win over 35% of the Nobel prizes in science that are awarded to Americans.
Again, it is excellence that explains the disproportionality, not diversity and inclusion. As my stepfather often told me, “To do well in this world, you have to come early and stay late.”
Walter E. Williams is a professor of economics at George Mason University.
https://townhall.com/columnists/walterewilliams/2020/09/02/diversity-equity-and-inclusion-nonsense-n2575392?utm_source=thdaily&utm_medium=email&utm_campaign=nl&newsletterad=09/02/2020&bcid=1fc1e949433a1b38c9a8ce7ccadbc008&recip=26772260
____________________
RELATED ARTICLE
Institutional Racism
By Walter E. Williams | Townhall.com 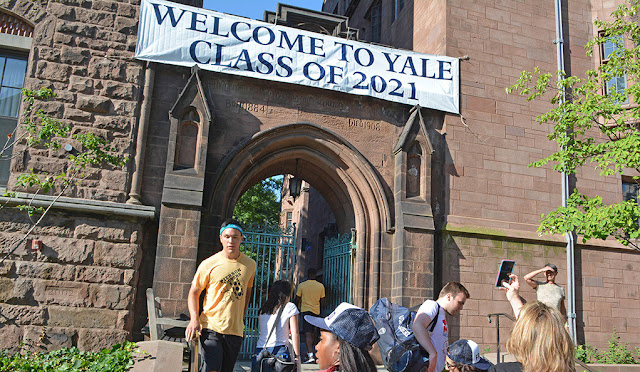 Institutional racism and systemic racism are terms bandied about these days without much clarity.
Being 84 years of age, I have seen and lived through what might be called institutional racism or systemic racism.
Both operate under the assumption that one race is superior to another. It involves the practice of treating a person or group of people differently based on their race.
Negroes, as we proudly called ourselves back then, were denied entry to hotels, restaurants and other establishments all over the nation, including the north.
Certain jobs were entirely off-limits to Negroes. What school a child attended was determined by his race. In motion pictures, Negroes were portrayed as being unintelligent, such as the roles played by Stepin Fetchit and Mantan Moreland in the Charlie Chan movies.
Fortunately, those aspects of racism are a part of our history. By the way, Fetchit, whose real name was Lincoln Perry, was the first black actor to become a millionaire, and he has a star on the Hollywood Walk of Fame and, in 1976, the Hollywood chapter of the NAACP awarded Perry a Special NAACP Image Award.
Despite the nation’s great achievements in race relations, there remains institutional racism, namely the widespread practice of treating a person or group of people differently based on their race.
Most institutional racism is practiced by the nation’s institutions of higher learning.
Eric Dreiband, an assistant attorney general in the Civil Rights Division of the Department of Justice, recently wrote that Yale University “grants substantial, and often determinative, preferences based on race.”
The four-page letter said, “Yale’s race discrimination imposes undue and unlawful penalties on racially-disfavored applicants, including in particular Asian American and White applicants.”
Yale University is by no means alone in the practice of institutional racism. Last year, Asian students brought a discrimination lawsuit against Harvard University and lost. The judge held that the plaintiffs could not prove that the lower personal ratings assigned to Asian applicants are the result of “animus” or ill-motivated racial hostility towards Asian Americans by Harvard admissions officials.
However, no one offered an explanation as to why Asian American applicants were deemed to have, on average, poorer personal qualities than white applicants. An explanation may be that Asian students party less, study more and get higher test scores than white students.
In court filings, Students for Fair Admissions argued that the University of North Carolina’s admissions practices are unconstitutional. Their brief stated: “UNC’s use of race is the opposite of individualized; UNC uses race mechanically to ensure the admission of the vast majority of underrepresented minorities.”
Edward Blum, president of Students for Fair Admissions, said in a news release that the court filing “exposes the startling magnitude of the University of North Carolina’s racial preferences.”
Blum said that their filing contains statistical evidence that shows that an Asian American male applicant from North Carolina with a 25% chance of getting into UNC would see his acceptance probability increase to about 67% if he were Latino and to more than 90% if he were African American.
In 1996, California voters passed Proposition 209 (also known as the California Civil Rights Initiative) that read: “The state shall not discriminate against, or grant preferential treatment to, any individual or group on the basis of race, sex, color, ethnicity, or national origin in the operation of public employment, public education, or public contracting.”
California legislators voted earlier this summer to put the question to voters to repeal the state’s ban on the use of race as a criterion in the hiring, awarding public contracts and admissions to public universities and restore the practice of institutional racism under the euphemistic title “affirmative action.”
When social justice warriors use the terms “institutional racism” or “systemic racism,” I suspect it means that they cannot identify the actual person or entities engaged in the practice. However, most of what might be called institutional or systemic racism is practiced by the nation’s institutions of higher learning. And it is seen by many, particularly the intellectual elite, as a desirable form of determining who gets what.
Walter E. Williams is a professor of economics at George Mason University. To find out more about Walter E. Williams and read features by other Creators Syndicate writers and cartoonists, visit the Creators Syndicate webpage at www.creators.com.
https://townhall.com/columnists/walterewilliams/2020/08/26/institutional-racism-n2574936?utm_source=thdaily&utm_medium=email&utm_campaign=nl&newsletterad=08/26/2020&bcid=1fc1e949433a1b38c9a8ce7ccadbc008&recip=26772260 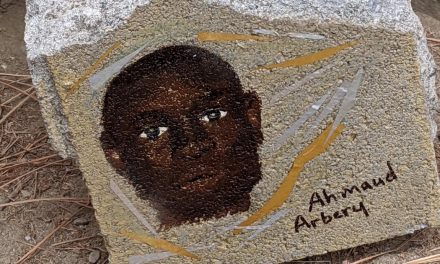 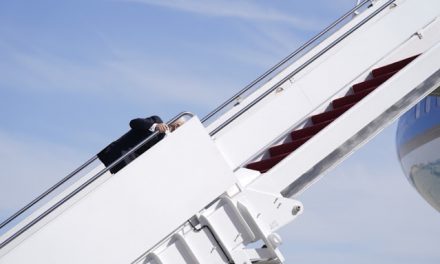 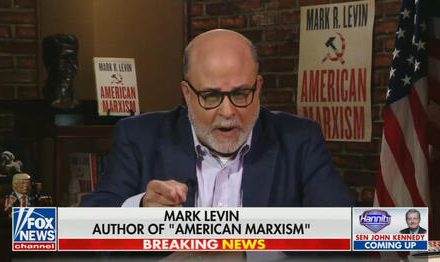