Some wonder if all of the attacks on the symbols of the Confederacy would tear open the wounds of our racial past. Surely, the calls to remove all signs of the Civil War would divide our country and renew old hostilities.

Instead we are seeing signs this may be bringing us together. The small but well-organized efforts to remove the Confederate symbols are gaining media attention, but America as a whole does not seem to be buying it.

Let’s face it: Black folks have never been offended by a Confederate flag. A white sheet was offensive and so was a burning cross, but not a flag. Should we ban white sheets or crosses? Are you going to tell me a statue or flag will make my life better or worse? OK, if that is the philosophy, let’s follow it. Let’s ban Richmond, Virginia, the Confederate capital. Why would we have government grants, military bases and federal services in this symbol of the Confederacy? If you are going to change a name of a sports team, then change the names of the black players named after the Democratic plantation owners who kept them in captivity.

The motive for writing my first book, “It’s OK to Leave the Plantation,” was to illustrate that slavery was over, the civil rights struggle had been won, and America was opened to black folks. But as the title indicates, Master would not tell you you were free. If black folks continue to support Master, give their children for him to raise and sat under him for leadership, they will continue to suffer under his hand.

In California, only Indians can own casinos because of all the harm white men have done to them. Well, my ancestors also suffered at the hands of white men, what will the California government give me – the cotton business? If you are going to give a business monopoly exclusively to a ethnic group, then I will take Fruit of the Loom for my pain.

We are changing the names of sports teams, college buildings and even statues in the parks. If my neighbor hates me because of my skin, I would want him to wear all of the symbols of hatred possible. That would make it easier for me to recognize him. And those symbols of racism would be a swastika and maybe a Democratic donkey.

As a matter of fact, if you really wanted to destroy the major symbols of slavery and racial discrimination, you would ban the Democratic Party. They represent the biggest supporters of slavery and post-slavery discrimination in the country. Every single one of the statues and symbols being attacked are of Democrats.

The Democratic Party seems pretty eager to remove all historical references to slavery, the Civil War and racial discrimination; we know why and we are not buying it. This effort is not only failing but it is uniting us. Black conservative Peggy Hubbard is planning a Unity Rally Saturday, June 3, 2017, in Saint Louis to save the Confederate monument in Forest Park. Why would this black woman organize the resistance to moving this monument dedicated to Confederate soldiers? Because she knows, “No one is free unless all of us are free.” She is an American, that’s why.

Let me be clear. I am a black man. I am glad slavery ended. We can debate the symbolism all day – however, it is only a debate. Those symbols hold no power. They cannot harm me because as an American, I will fight for freedom, even freedom to be offended. I may not appreciate naming Fort Lee in Virginia after Confederate Gen. Robert E. Lee. But its name has no power on the black soldiers serving there today. I may have a personal problem with naming a U.S. Army base after a general responsible for more American military deaths than the Nazis. But I would serve on that base with honor, because it is an American base.

“Negro Mountain” in Pennsylvania should be renamed? Are we really prepared for the “African-American Mountain”? How about the town, park and even the Negro Mountain Exit off the freeway? Folks, NEGRO was an acceptable term for black people as was Caucasian for whites and Orientals for Chinese.

Why are Democrats so excited about removing symbols of racism? Because Democrats believe in symbolism over substance. They want feel-good solutions to our problems, not workable solutions. Democrats own every ghetto in America. They preside over the destruction of black neighborhoods, poverty and gang-prepped schools. It is the Democrats that preach unity but seek division. Their calls for “diversity” only means division. Their calls for unity is really a call for us to unify under them. If you are really going to ban symbols of racism, BAN Democrats.

I think this cause to remove Confederate symbols is uniting the country because the country can finally see we are being manipulated. I think this new Trump-era mentality across the nation has us focused on rebuilding our economy, controlling our borders, defeating terrorists and Making America Great Again. We do not have time to worry about a monument in the park.

How Corrupt Is CNN? 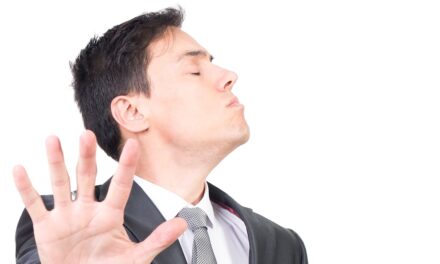